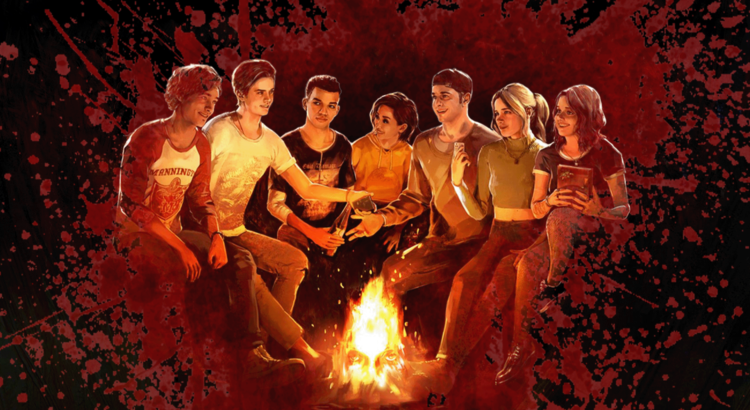 Have you ever wished that you could help 1980s slasher horror films’ protagonists somehow survive albeit their stupid decisions? Well, Supermassive Games’ The Quarry gives you just that opportunity. It’s a cinematic adventure game where you control a group of camp counselors in over their heads during the scariest night they’ll ever live through… or die trying.

Supermassive Games is mostly known for the hugely successful Until Dawn, a horror game in a similar vein to The Quarry, which starred a whole bunch of Hollywood names and supposedly delivered quite a ride. I wouldn’t know, because, well, The Quarry is the first of their games that I played, having never had the cajones to embark on any of their prior titles.

For as great as they all sound, especially Supermassive’s other popular franchise, The Dark Pictures Anthology, knowing that I could screw up a playthrough because I missed a QTE didn’t really seem like my idea of fun. But I’m glad I gave The Quarry a chance, as it’s one of the more engaging adventure games I’ve played so far this year. And even though things didn’t always go my way while playing, the end result made the journey well worth taking.

For one, I really grew fond of most of the characters in the game during the ten hours I took to finish it. The eight counselors each have their own distinct personalities and traits, some of which could’ve died for all I cared at the start, like narcissistic Jacob and seemingly air-headed Emma, a recently broken-up summer fling couple, manage to carry enough depth to be worth saving, while others are likable right away and only get better throughout.

The situations that they’re put in are typical horror movie tropes and you’re in essentially limited control of whatever character’s in the scene at the moment. Split decisions like which path to take at a crossroads or how to respond to conversations are what decide the paths the story ultimately takes, with small or even great repercussions that might take seconds, minutes or even hours to occur, or sometimes nothing at all.

Outside of the decision points throughout the game, you’ll also participate in QTEs. Most make use of the left analog stick, indicating a direction in which you need to push it in order to avoid whatever danger the situation at play is throwing at you. At times, you’ll also need to smash X for a few seconds, or even hold it so that your character can keep from breathing and escape when being chased. These require quick reaction on your part, although failing doesn’t necessarily mean death in all cases, as if it does you get three chances to retry per playthrough.

The Quarry carries itself without taking things too seriously. Musical interludes pop up from time to time and the dialog is extremely self-referential, with characters making light of the situation they’re in as if they were in a movie. At other moments, though, the right ones, the tone takes a shift and becomes dead serious, which for a thrill ride such as The Quarry is supposed to be, it’s a welcome balance of rhythm that always keeps you on your toes.

That humor also plays into how the game teaches you its mechanics. Survival videos, much in the tone of the summer camp setting The Quarry takes place in, play out as 1950s-esque animated shorts with a cheesy announcer to seal the deal. They’re funny, bloody, and do a fantastic job getting their point across, helping ease you into the simple gameplay The Quarry’s got to offer. And they help get you in the mood of what’s to come, too.

Outside of the scripted moments where you’ll need to be quick on your feet in order to keep the kids out of harm’s way and their own stupidity – AKA the game, as it were – you’ll also have a chance to pick up a number of collectibles along the way. These help flesh out the backstory of Hackett’s Quarry, the place the game takes place in, and what exactly the hell is going on during this dangerous full moon night, such as documents and items left by its inhabitants.

You’ll every so often also run into tarot cards which you turn into a mysterious crone in-between chapters for a chance to sneak a peek at what the future might hold during your playthrough. These tips are completely optional, though, and you may choose to skip them entirely if you’re looking to go in completely blind. On the other hand, they’re usually so vague that there’s not much in the way of spoiling anything, really.

Speaking of the crone, it bears mentioning how good the acting in this game is. All characters are modeled after real-world people, complete with performance capture and voice acting, and the result is quite eerie. That character in particular is played to perfection by Grace Zabriskie, who you might not recognize by name, but you’ll quickly realize who she is by her amazingly creepy acting in this game. Ted Raimi, who plays the town gruff sheriff, is just as fantastic.

Others are similarly great, although somewhat unutilized, like the great Lance Henriksen, who’s the patriarch of a local family of hunters out for blood during this particular night. He pops in from time to time, but not nearly as often as you’d wish, as good and prolific of a videogame actor as he is. Same with the rest of his kin, who instead leave it to the core group of teenagers to keep things interesting. And they do – even though I didn’t recognize a single one of their actors – every one of them plays their part brilliantly.

It’s in the technical department in regards to characters that sometimes the illusion falls apart somewhat. Some of the lip synching during dialog gets downright off, causing a bit of the uncanny valley effect when they don’t animate quite right. That’s especially the case with one of the female characters whose lips tend to flutter exaggeratedly, like a cartoon. Then again, these instances are rare and overall the acting and look of the human cast is very believable, which coupled with the rest of what The Quarry has to offer makes it quite a stellar achievement in presentation.

Considering its multitude of possibilities that its story provides you with, it’s surprising how hard The Quarry makes it so you can see more ramifications of different decisions you make along the way after your playthrough, unless you replay the game and sit through the same unskippable cutscenes every time, which there are a lot of.

That can somewhat be alleviated by the fact that you can play Movie Mode after the fact and basically get to direct The Quarry to be played the way you want it to go for you to watch at your leisure, but it’s not the same as actually doing it, is it. It’s neat that there’s a couch co-op mode where up to eight players can pass the controller around during the adventure, and they can each control one of the protagonists as their turn comes up, which can potentially be a lot of fun when around friends. It sounds like a great way of getting every single cast member dead, that’s for sure.

For as much of a scaredy cat in regards to horror as I generally am, I have to say I’ve enjoyed my time with The Quarry a whole lot. As the game progressed and the story started to unfold, I found myself wanting to see more of it and stopped worrying about how uncontrollable some aspects of playing it are, something I was dreading when just starting out. If you’re anything like me, I urge you to give this game a chance, you might be surprised with just how surprisingly engaging it can be.