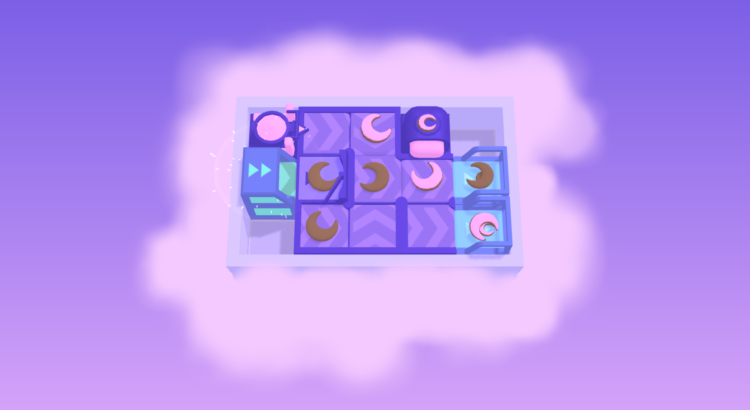 Puzzle games are good because you can take just about any premise and turn it into something fun. Building snowmen in A Good Snowman Is Hard To Build, guiding water to create waterfalls in Spring Falls, splicing microbes in Splice… just about anything can be turned into a puzzle. In the case of Freshly Frosted, that’s building donut factories.

Specifically assembly lines. You start by building from the oven and direct them to the delivery point, making sure they get whatever toppings they need along the way (frosting, cream, berries). A very straightforward job, but one that becomes exceedingly complex with time. For the first few sets of levels, it’s just laying conveyor belts in increasingly elaborate paths to get each kind of donut to its receptacle. Every set after that introduces a new twist. Pathways that have to converge, dividers that move each incoming donut along one of two different paths, pushers that move donuts that have the requisite toppings onto a different track, and so on.

Freshly Frosted tends to make each set of puzzles focus on the new mechanic rather than start mixing them together quickly. When dividers are introduced, they become the crux of every puzzle in that set. The puzzle complexity has a decent difficulty curve, then, as the game quickly moves from introductory stages to familiarize you with each new mechanic to more challenging ones. It effectively explores each idea to its fullest in isolation, making the most of making each new piece the focus for a full group of puzzles before moving to the next and repeating the process all over again. Makes the later levels where the game starts mixing and matching them much more exciting as it’s been a while by that point.

How much I actually stick with a puzzle game depends on how quickly I can figure out the solution or how good the hint system is (if there is one). Most of the puzzles in Freshly Frosted are straightforward enough to figure out without much difficulty, but when the game does up the challenge, it’s not hard to become stumped. There were at least a couple levels that I had no idea where to even begin. While most levels tend to keep things clean and relatively straightforward, such that you can start forming a plan after a quick glance at the level layout, there are some that appear very intimidating until you start trying things to see what works.

The hint system thankfully does an impeccable job of providing guidance without outright giving away the solution. It works by resetting the stage and placing a few pieces of track to give you something to work off. In most cases, I would have to still look at what tracks the game laid down for a while before an idea clicked, but they did almost always lead me to the solution. That’s good! Whenever I feel stuck, I usually end up just looking up the answer if there’s no hints available or if what’s there isn’t particularly helpful.

I like being able to still “solve” the puzzle if I can, but a lot of puzzle games lack any sort of hint system, forcing you to just look up a guide instead of trying anymore at some point. Freshly Frosted was able to reduce that habit to a minimum since the hints usually gave me enough to work with while keeping the puzzle still intact. You can also just skip levels entirely if needed and come back later, which is appreciated.

The game has a very cozy tone and aesthetic. The factories you’re building are situated in the clouds against the soft pastel hues of the sky. The narrator speaks in a laid-back tone and muses about the seasons and various kinds of donuts while a light, cheery tune plays in the background. Paired with the simple play of placing conveyor belts, it creates an atmosphere that matches the low-stakes, meditative nature inherent to most puzzle games.

It’s not hard to imagine how said tone and aesthetics could grate (it hews close to the popular aspects of games in the burgeoning “wholesome” genre, which is a whole can of worms I’m not prepared to tackle here), but as far as Freshly Frosted goes, it feels apt without being overwrought. Makes it easy to zone out and solve some puzzles for a while, which is really all you need out of a good puzzle game.