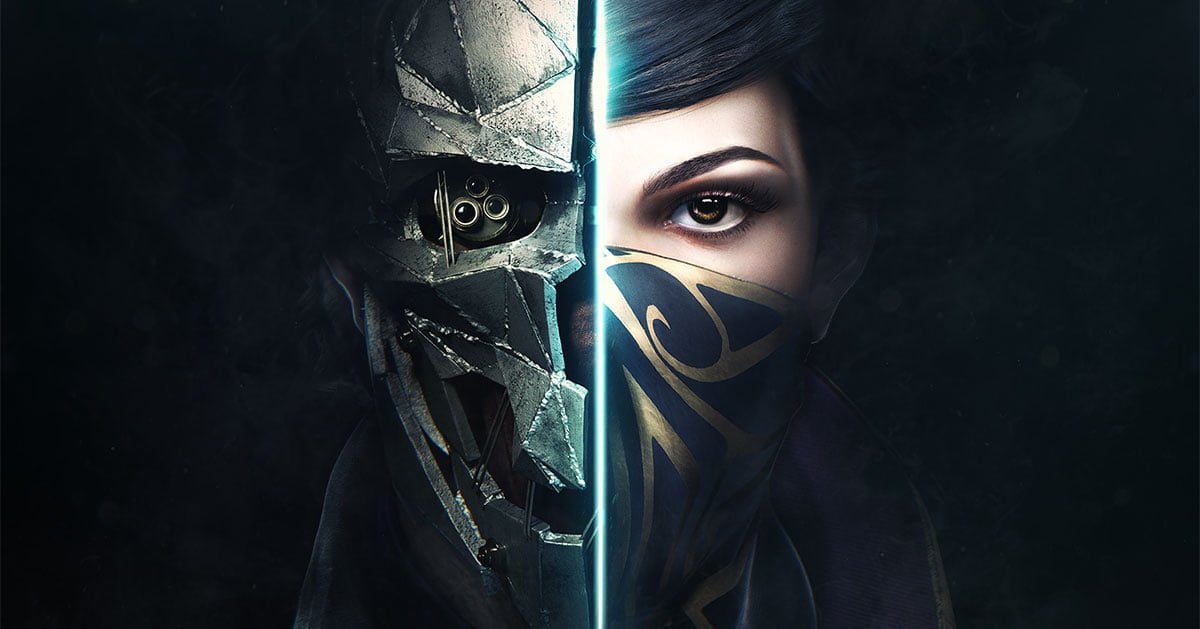 It can’t be easy being Empress. Think about it: Not only do you have to run an entire empire by yourself, everyone blames you for basically every problem. Maybe the harvest has failed or there’s a rebellion in the northern isles or your favourite warship has sunk; there is never a spare moment. Sometimes you just need to get away from it all, scale a tall building and skulk around acting stealthy. If you’re a listless royal looking for a change of scenery, then I might have the game for you. It’s called Dishonored 2. It’s also suitable for mere mortals such as your average videogame player.

Dishonored 2 is a thoroughly fantastic game, with absolutely stupendous gameplay, intricately crafted and detailed levels and a decent plot and voice acting, all taking place within a truly unforgettable setting in the shape of the city of Karnaca. The only faults it suffers are various technical woes which plagued the initial PC release, as well as some fuzzy characterization and a somewhat anticlimactic finale. Nonetheless, this fails to dent what is uniformly an excellent and high-quality gameplay experience, with many standout parts which more than equal the greatest sections of Thief II and the original Deus Ex. Dishonored 2 is a first class stealth game and a great action-adventure rolled into one.

Dishonored 2 picks up 15 years after the events of the first game. Emily Kaldwin has been restored to the throne and has ruled peacefully, if rather meekly, over an era of relative stability and prosperity. She has been aided in this endeavour by her father and Royal Protector Corvo Attano, whose boots you filled during the original game. However, recently a shadowy murderer known as The Crown Killer has been picking off Emily’s critics, and rumours are swirling that Corvo is secretly to blame. At the start of the game, you are marking 15 years since the assassination of Emily’s mother Empress Jessamine Kaldwin, when suddenly the Duke of Serkonos enters Dunwall Tower and proclaims that Jessamine had an illegitimate sister, Delilah Copperspoon. Players of the Dishonored DLC The Knife of Dunwall and The Brigmore Witches will already be well acquainted with Delilah, but in any event her return marks the start of a coup against Emily and Corvo for which they are “dishonoured” and branded as traitors to the Empire. From here, playing as either of the daughter-father duo, you travel to Karnaca in order to expose the collaborators who enacted the coup, bring them to justice and ultimately restore yourself to the throne.

The overall plot is about on par with the original game, in that it mostly serves as a vehicle for the gameplay, but it is not the driving force itself. I felt the opening section in Dunwall including your sudden dethroning was rather hurried and didn’t properly justify itself, but when the game reaches Karnaca it really hits its stride and properly opens up. Emily and Corvo are well voice-acted by Erica Luttrell and Thief’s Stephen Russell respectively, and some interesting side characters such as hardened sea captain Meagan Foster or the corrupt Duke of Serkonos Luca Abele who give additional soul to the proceedings. I would have liked it if the game had explored Emily and Corvo’s relationship with power more though. Several times it’s alluded to while playing as Emily that she wasn’t really aware of the suffering happening across her Empire, and honestly you have to question why you are necessarily a better or more qualified ruler of a hereditary monarchy than someone else. Perhaps that’s simply my republicanism getting in the way of things though.

As in the first game, your style of gameplay affects the ending of the story, but more than that this time around it also affects the layout of the levels themselves. If you slaughter your way across Karnaca raining terror upon your enemies and civilians, Corvo and Emily’s dialogue will be darker and more bloodthirsty while the world will see greater decay alongside more infestations of large, mosquito-like insects called Bloodflies which will sting if you get too close. Likewise, if you are a stealthy and non-lethal shadow, Emily and Corvo become more forgiving and encourage the seeking out more peaceful options. Indeed, the entire game can be played without killing a single soul if you wish. It is to the game’s eternal credit that both styles of gameplay are completely valid and equally rewarding. Playing as pure stealth is more challenging, but the game’s solid AI and reliable mechanics mean that if it all goes wrong, it’s because you messed up not the game.

Magical powers once again make a return, although this time you are offered a conscious choice of if you want them or not, allowing for the game to be completed entirely without them if you wish for an extra challenge. Emily and Corvo both have a different arsenal of powers, with Corvo’s mainly returning from the first game. Returning skills include Bend Time, which allows you to slow down or pause time and Possession where you can take control of animals and enemies in order to take them out or avoid them. Emily’s abilities feature Domino, a really useful skill where you can psychically link multiple enemies together, take one of them out and then the other connected souls are also incapacitated. She also has Shadow Walk, where she transforms into a ghostly pool of smoke and can creep up on people much easier, either knocking them out or slashing at them like some crazed werewolf.

Bonecharms, which grant minor passive bonuses, make a return and can be found scattered around the world along with runes which upgrade your magical powers. This time you also have the option of crafting your own bonecharms and runes, a handy tool which means you can more suitably spec your character to suit your style. There is a ton of incidental dialogue, books to read, papers to examine, apartments to rob and audiographs to listen to, all of which help to make Karnaca seem like a fully-realised place with its own history and culture.

Karnaca, even more that Dunwall from the first game, is a simply mesmerising setting. While Dunwall architecturally reflected Victorian London or gothic Edinburgh, Karnaca recalls the faded glory of southern Italian or Sicilian cities, with high sun-bleached walls and long, languid sunsets. Karnaca feels swelteringly hot like a mid-summer afternoon, and the persistent threat of Bloodflies mirrors that of the rat swarms which inhabited Dunwall. They fester and build their nests in condemned buildings and around unfortunate corpses, making your journey through these areas more hazardous. In terms of variety of environments there are some absolutely stand out levels here, my favourites being The Clockwork Mansion, where you must successfully navigate the shifting rooms of a grand house designed by the Serkonan Grand Inventor Kirin Jindosh, or A Crack in the Slab, which momentarily takes away your magical powers but instead offers you a special one-off ability which makes this section a true highlight.

Sadly, the game did suffer from significant technical problems when it originally launched on PC. Whilst several patches have resolved the majority of these issues for a lot of people, others continue to be blighted with woes including random crashes, poor framerates and blurry visuals. Getting a PC version to run effectively on all systems is of course an uphill struggle, but when it is coupled with Bethesda’s patently anti-consumer review policy (no reviewers got access to the game prior to launch), it becomes a bitterer pill to swallow. While I appreciate patches to rectify these issues, a game should not rightly be launched at all if there are major known issues prior to release. Dishonored 2 is a technically solid game right now, but it did not launch like that and we must acknowledge that fact.

Dishonored 2 is almost everything I wanted from a sequel to Dishonored. It has a superb atmosphere, best in class gameplay and a truly gorgeous world. It is slightly disappointing that the plot hasn’t radically stepped up since the first game, but the general world-building and exquisite environments help to counter-balance this problem. Dishonored 2’s gameplay is the pièce de résistance and the real meat on offer, so it’s fantastic that that the central mechanics of the game are so damn good and so consistently satisfying to experience. The gameplay of Dishonored 2 easily elevates it to greatness alongside classics like Thief, and I do not say that lightly. When all the technical issues are finally resolved, we could well look back on Dishonored 2 as one of the best sequels ever made.