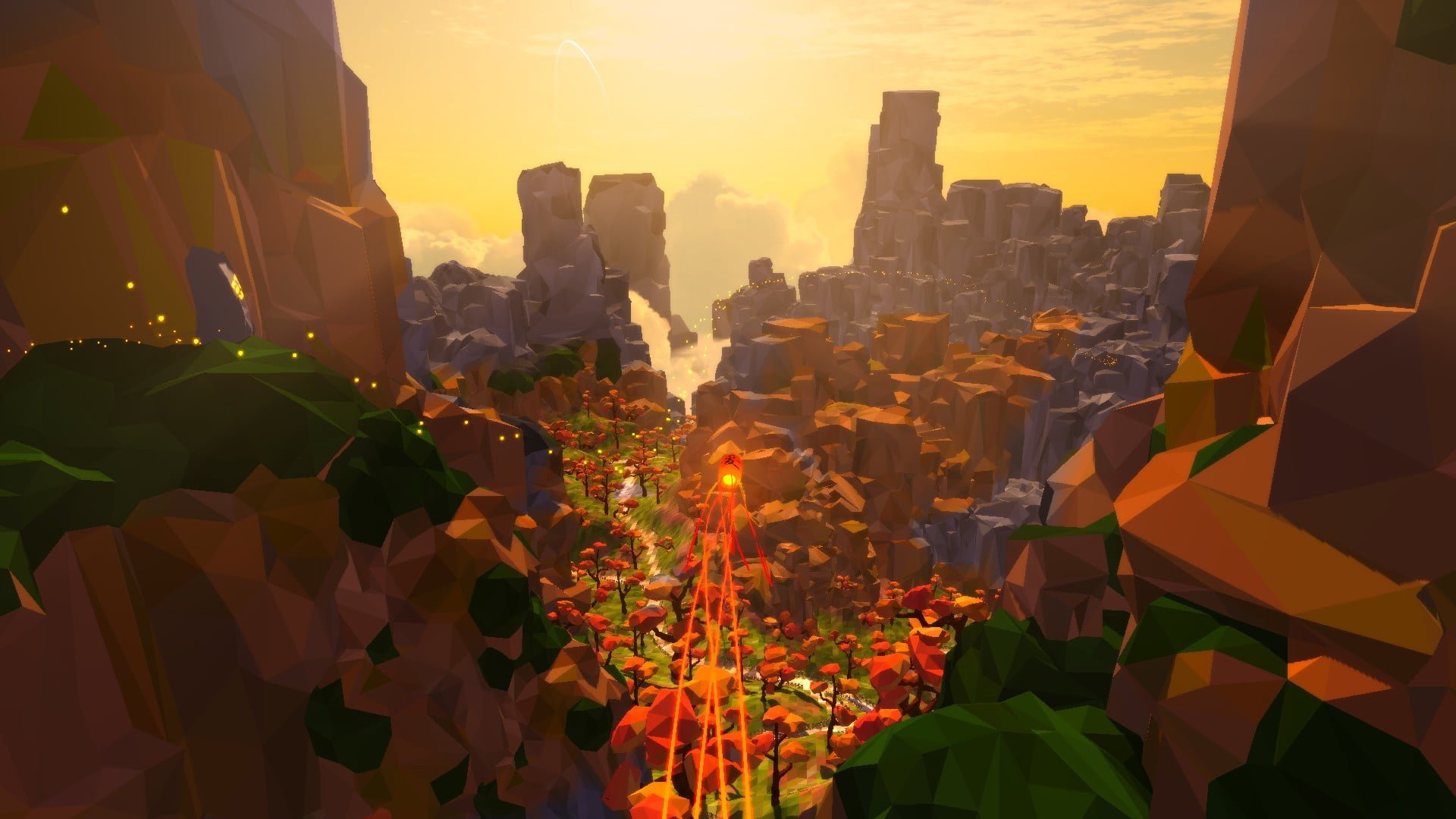 Videogames so often deal in destruction and violence that anytime one comes along that focuses on rejuvenation it feels fresh. That the entire crux of Okami, for example, was to restore life and color to the world was a big part of why it resonated with me so deeply. I always prefer games that focus on restoration and nourishment than conflict and violence because they’re often relaxing and hopeful.

Lantern from Storm in a Teacup is one such game. In Lantern, you fly about villages and mountains in an Asian-inspired world restoring color to the land. You do this by flying close to the areas you wish to color, the lantern’s aura restoring vibrancy to the once dull landscape. It’s a lot like Thatgamecompany’s Flower, at least in the sense that they both embody the sense of serenity that comes with gently soaring along the wind, and the joy of bringing back life and beauty to the world.

The game is generally pretty aimless. You’re free to wander its four stages, coloring the land at your own pace. There are some select areas you need to restore to proceed, however, as certain portions of levels are blocked off until you’ve colored those particular areas. They’re easy to identify – they’re always small settlements that have large columns at the center that light up with ornate designs as you color the area. Depending on how dedicated you are to restoring every nook and cranny, you can easily spend up to an hour or more per level trying to complete it.

Lantern bills itself as “a relaxing experience full of positive emotions,” and that certainly rings true. The warm colors and tranquil music work to create a calm, soothing environment. Within seconds of starting to play Lantern, I could already feel myself being lulled into a state of peace. Whatever pent up stress I had immediately started to fade, clouded thoughts giving way to clarity. Precisely what you’d want out of game like this.

While writing this article, I’ve loaded Lantern up occasionally to help me work through writing blocks. I often get stuck while writing and playing something light and relaxing often helps me get past those roadblocks. I’ve been looking for something new to add the pile of games I turn to on such occasions, and Lantern serves that role nicely. It’s a great game to unwind to after a long day.

Lantern is available on Steam for $6.99.