If you have somehow let The Banner Saga pass by without giving it a play on PC in 2014, the first two entries in the series are now making its way to the Switch in preparation to the third and final volume’s release later this year. If the first game’s port quality is any indication, Nintendo’s portable platform is more than a serviceable way to playing developer Stoic’s gorgeous turn-based tactical drama piece.

The Banner Saga plays out in a Nordic mythology-like construct of a world where the gods are dead. There are ancient demonic forces popping out of the ground who are bent on finishing off all that’s still left standing — be it humans or the Varls, a race of huge horned creatures, who now peacefully co-exist in a shaky alliance after centuries of war. Your merry band of warriors travels across a gorgeously snowy, but ultimately sparse lands, stopping by villages to restock and have interactions that can land you a variety of benefits — or trouble.

Trouble’s easy to get into in The Banner Saga. Unsurprisingly, during my time playing, I’ve managed to get myself into quite a bit of it. But thankfully, never did I regret the consequences of my actions due to just how boldly the game deals with character deaths and the choices you make along the way. Pretty much any action you take has a unique result that carries over as you playthrough The Banner Saga’s story, and once the second episode is out, it’ll continue your journey out from the point where volume one ends.

The combat itself is quite rewarding. It plays in an isometric view, on a grid, and each of your characters has a specific movement range and attacks. The Varl tend to have a larger area of action due to their bulk and size, but are hardly the invincible tanks that they look like, so bouts are very dependent on smart execution if you wish to keep all of your friends above ground throughout The Banner Saga’s ten-hour or so run. Attacks aren’t limited to bonking people over their heads until their HP bar is drained, but instead, you’re forced to mind armor values and positioning before committing to offense. Overall, I found the combat to be quite challenging and entertaining, and thanks to the relatively quick pace in which it plays out, I didn’t mind having to live with some losses, unlike I would in any other game that features perma-death, like Fire Emblem and X-COM.

It goes without mentioning that a tactical game like this works extremely well in a touch screen system, and is the Switch’s case, portable mode is the best way to play The Banner Saga. The only real issue that I’ve run into is the same as most Switch games: the small text size. Subtitle and dialogue font size is quite readable, but any other HUD element tends to be a little tough to figure out, especially when it comes to description blurbs during combat. It’s no deal-breaker, though, and later on after you figure out how to progress in fights, reading these descriptions becomes even less of a necessity. 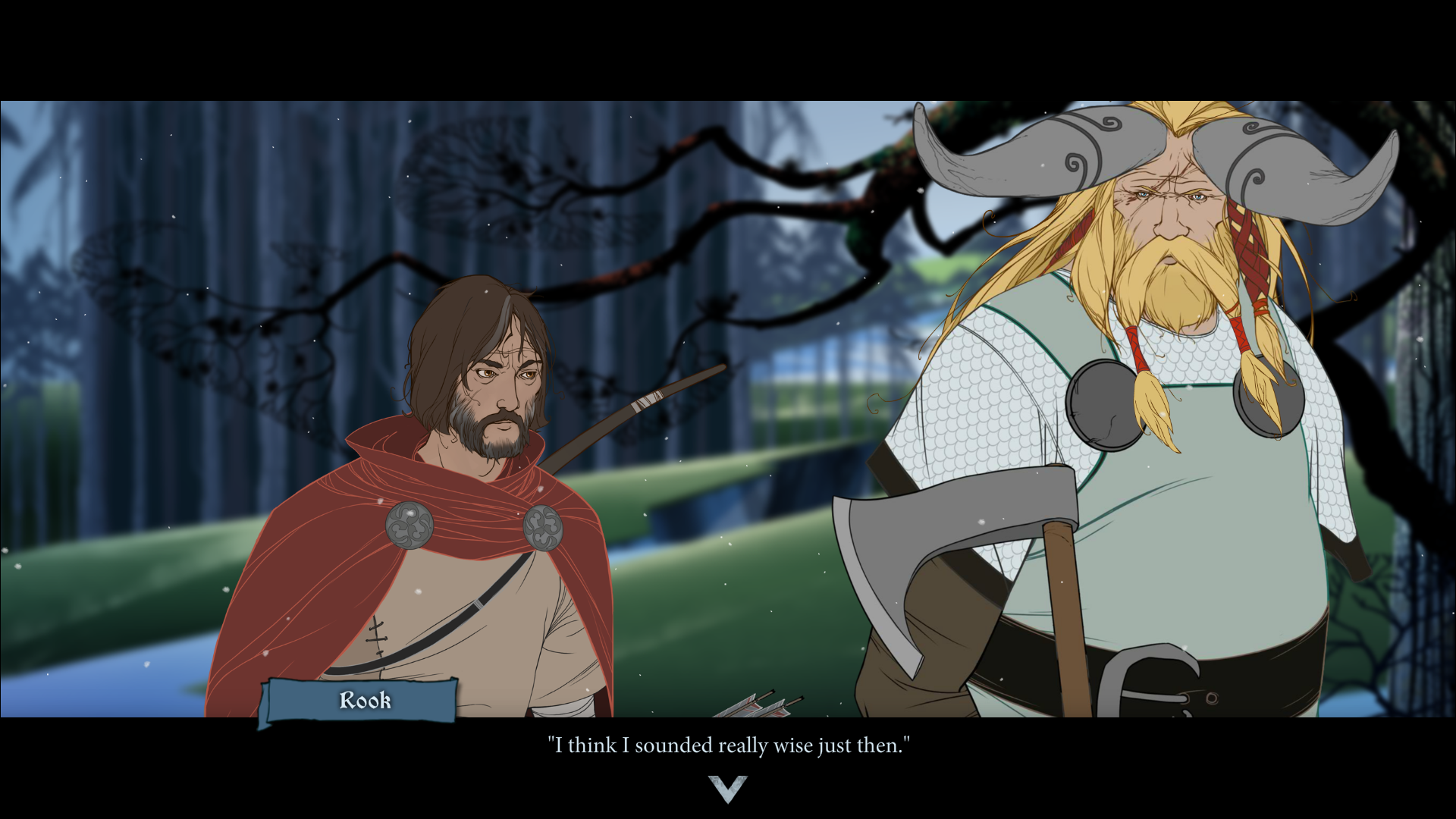 By far by the best part of The Banner Saga games is its ridiculously high quality art that rivals Disney’s grandest animations, which some of the best looking hand-drawn art and animation you’re likely to find in any game. It all looks incredible, and even on the Switch’s smaller screen, it’s all crisp and detailed. Coupled with great music and limited voice acting that’s pretty decent but disappointingly rare, The Banner Saga makes a pretty great impression all throughout.

Whether or not you have played The Banner Saga at any point in the past, the Switch port while relatively late in the grand scheme of things, is very playable and easy to recommend, thanks to all the advantages that come with playing a game on the Switch.

The Banner Saga 2 arrives on Nintendo’s handheld next week, and volume 3 hits all platforms soon after, in late July.