Brazil Game Show is also a big event for independent developers, and in between appointments and hands-on demos that were held in the ‘indie avenue’ of São Paulo’s Expo Center Norte, I was able to have a quick chat with Mario Silveira, the CEO of 2Axion Games, the Los Angeles based studio behind the free-to-play FPS Trigger Run, which is just entered its open beta phase for Brazilian fans, and should be available soon for the rest of the world.

Dubbed by 2Axion as a MOBA FPS, Trigger Run is aiming to capture players who don’t have access to more expensive multiplayer games, and thanks to how low its system requirements are, also allow those with lower spec machines to play online shooters. According to Silveira, they’re going after a more casual slice of the audience, and by giving them access to a friendlier and less toxic environment to play, he hopes that younger players will have the opportunity to enjoy an online experience without having to worry about getting griefed.

Trigger Run is by all intents and purposes a very light game that can run on just about any computer spec, requiring only 4GB of RAM, and with an executable that’s available for free as a download on their website that weighs in at a little over 100 megs, which should prove to be a paltry download. These numbers are an impressive feat to consider, given the amount of content that the game offers, like the extended list of characters split among healers, damage dealers, support, and tanks, alongside a decent list of modes and maps to choose from. Having a light application load also implies that Trigger Run should also suffer from less lag over slower Internet connections, a plus for developing markets around the world.

The game offers a number of PvE and PvP game modes to choose from, some obviously inspired by the colorful likes of Overwatch and Paladins, like escorting a moving objective, as well as territory capture, but the one I’m sure people will flock to is deathmatch, given how easy it is to jump in and jump out into matches, and how accessible Trigger Run is hoping to be once it’s officially out. Siqueira mentioned that there’s a new PvE set to come out soon that pits players against computer-controlled “super enemies” that will play with the game’s microtransactions in order to boost weapons and abilities. Sadly, it was not playable in the BGS demo. 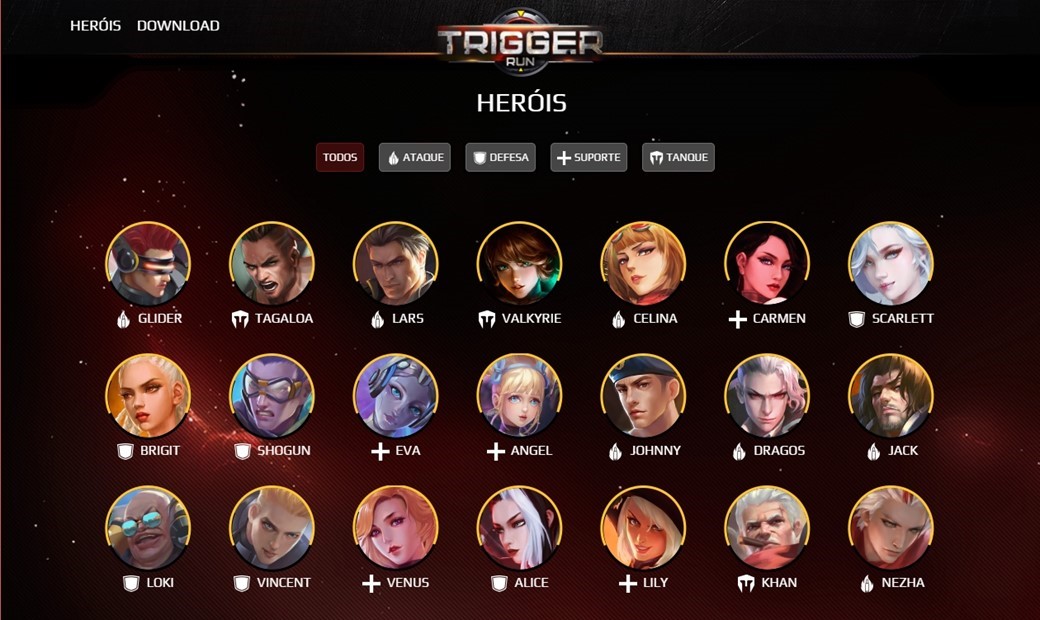 I appreciated hearing from Mario about all the effort that’s going into making Trigger Run a viable, cheaper and consequently more accessible alternative for players to get into online gaming. After getting to watch the game being played by show attendees of all shapes and sizes, I can attest that it’s shaping up to be a hit among Internet café users and more casual players looking to enjoy quick matches here and then, considering how popular lighter load games like Tibia, Ragnarok Online and a number of others have been over the years in a market such as my own in Brazil.

Trigger Run is already available for players in Brazil to try out for free, and should be open up for a worldwide release very soon. You can download it by logging into 2Axion Games’ website over at triggerun.com or via Steam (it’ll still require you to log in, but hey, collecting games is fun!).

Review: Monster Hunter Rise is one of the best entries in the series https://entertainium.co/2021/04/01/monster-hunter-rise-review/

Review: It sure pays to be the villain in Evil Genius 2: World Domination https://entertainium.co/2021/03/29/evil-genius-2-world-domination-review/

Review: Cathedral is a sprawling adventure you’re sure to get lost in https://entertainium.co/2021/03/25/cathedral-review/