To Traveller’s Tales’ senior producer Matthew Ellison, the most important aspect to the LEGO games is their accessibility and how creatively they make use of their licenses. I had the opportunity to sit down and chat with him for a few minutes at Brazil Game Show last week, where Warner Bros was showing off the newest in the long line of LEGO games, LEGO DC Super-Villains which comes out tomorrow for Switch, PlayStation 4, Xbox One, and PC.

The demo that was in display featured the exact same gameplay that I got to try out and finish at this year’s E3, so if you’re curious about how that looks, you can check out that footage below.

The main purpose of our talk was to just chat about how the studio handles the many different styles of LEGO games, and Matthew’s own career in video games. He began his career as a QA tester for LEGO Indiana Jones, which just happened to be one of my favorites in the franchise, especially because it was one of the last games that still had pantomiming characters instead of the chatty ones we have now. According to him, that change took place before he had an opportunity at handling the design aspect on the studio’s releases, so I wasn’t able to get a definitive answer as to why it happened in the first place.

When I approached the subject of how Traveller Tales handles properties not directly tied to their parent company WB, like Marvel Comics, for instance, Matthew commented that although working with another child company to WB like DC Comics is certainly way easier in the long run, given that the channels of communication all lead to the same central node due to the fact that they are owned by the same parent company, working with Marvel proved to be incredibly fruitful and creatively sound. So much so that the Marvel games took inspiration from DC’s previous entries, like LEGO Batman, and vice-versa, eventually leading up to LEGO DC Super-Villains, a departure from traditional LEGO game standards in many ways. 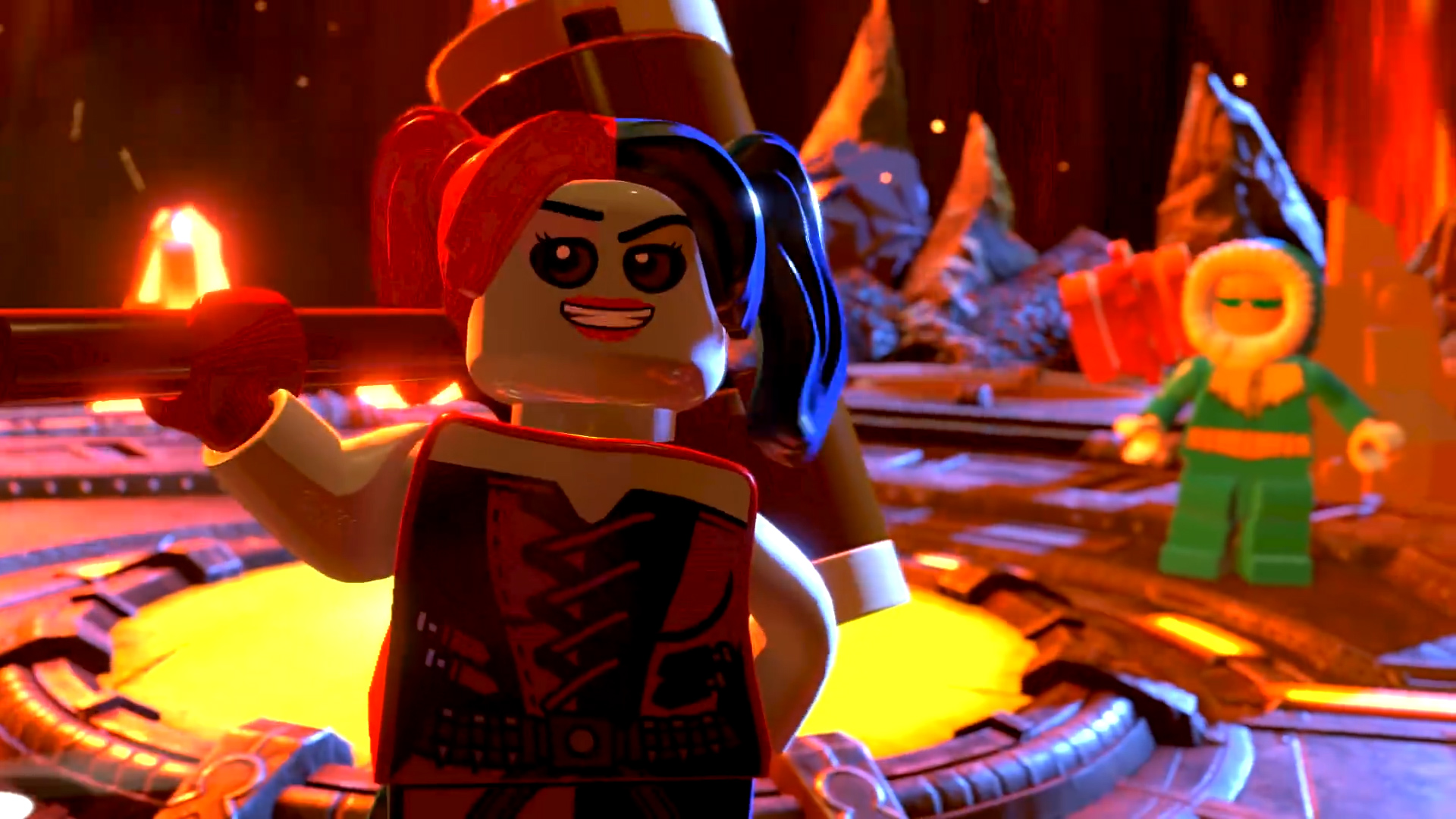 The first big change that Ellison was obviously excited about is having players take the role of villains and play the game from that perspective. Although this isn’t the first time that a LEGO game featured villains as playable characters, it’s a new thing for the series to have them take the lead roles from the very get-go. He avoided going into story details, but he mentioned that the heroes will in fact play a part in the story as a common threat will have the villains do more than simply be evil for evil’s sake. The other thing that sets DC Super-Villains apart is the fact that this is the first LEGO title to put players in control of their own created character as the protagonist of the game, with a story that specifically molds itself to whatever you come up with. Like the villain part of the game, it’s nothing completely new to the franchise, but it’s a first when it comes to having a story written just for your custom guy or gal.

When asked about the future of LEGO releases, Ellison was expectedly cagey about coughing up any details. Given the breadth of franchises they’ve been approached by, I can certainly understand, so I eventually touched upon the matter of LEGO Dimensions, a fairly unique game by LEGO video game standards, since it was tied with actual LEGO toy bricks. He demonstrated regret for the cancellation of the project, but mentioned that it was very successful. I had the chance to play around with Dimensions a few E3s ago, and came out of that demo quite impressed. The amount of IPs that were thrown into that thing was just ridiculous, and that’s one of the things that Ellison mentioned made it so darn popular: its approachability and tie-ins to nostalgic characters and worlds. Kids and parents played LEGO Dimensions together, giving dads and moms an opportunity to introduce their brats to all the cooky stuff they used to be into when they themselves were their kids’ age.

Closing our quick exchange out, I tried to find out more about the liberties that Traveller Tales can have when it comes to story and changing established characters. To my surprise, Ellison mentioned that the studio varies things up quite a lot, sometimes bringing outside help to write scripts, or what’s usually the case, put their own writers to work coming up with side scenarios in order to help build up moments in between iconic scenes, like it’s the case with movie tie-in games. For LEGO DC Super-Villains, the story that most closely relates to in comics is the Forever Evil arc, a storyline that happened somewhere around the ‘New 52’ re-imagining of DC Comics’ universe.

We hope to have more on LEGO DC Super-Villains very soon since it’s slated for release tomorrow. Check back on us for more content in the meantime. Super villain writer signing off, mwahahahahaha… *cough*… hahaha!