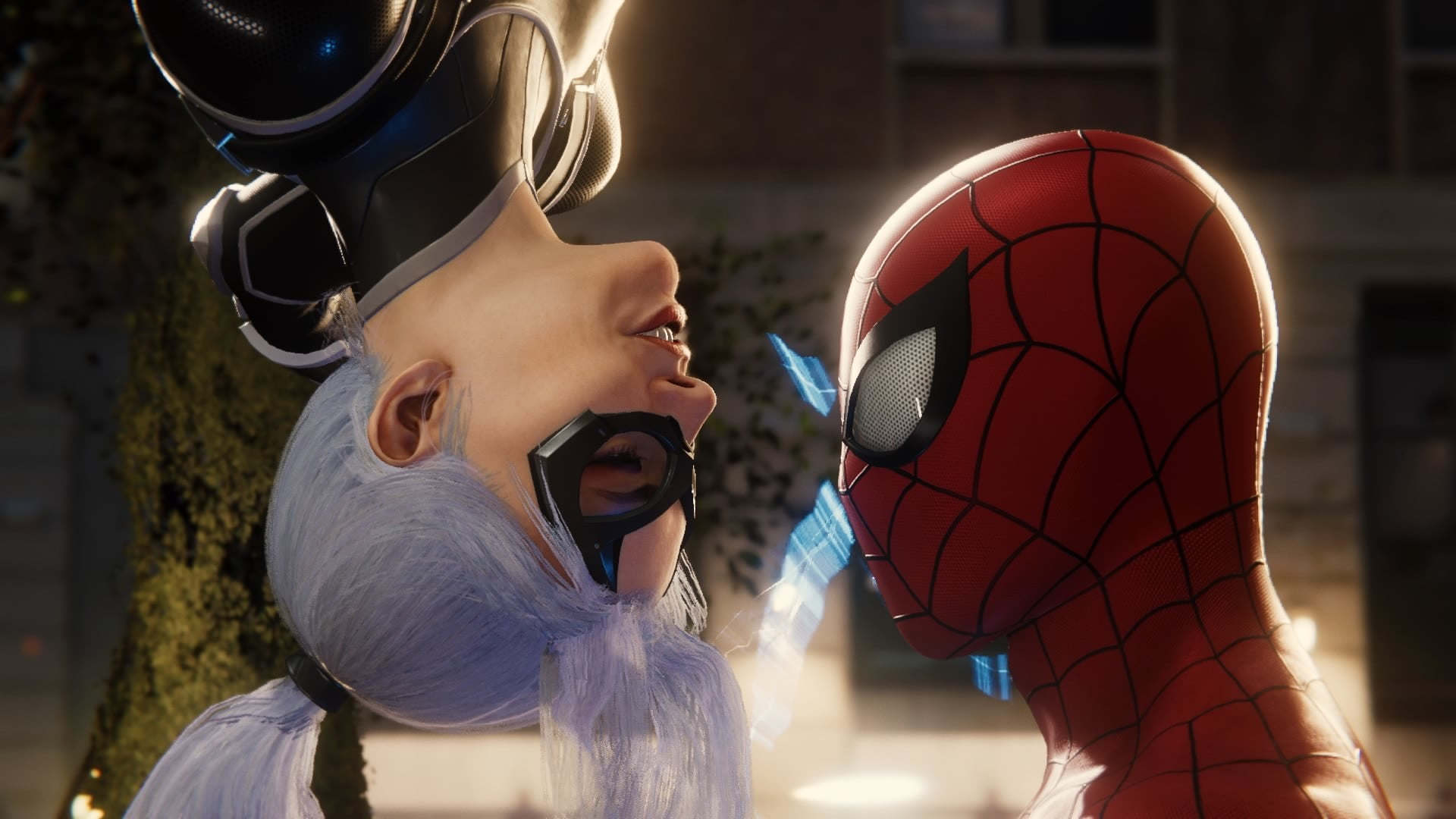 The Heist is decently paced and provides a decent reason to jump back to the game if you’ve dropped it since completing the main story.

If you were thorough in your playthrough of Spider-Man, you likely ran across all of the Black Cat teases where you found everything but Spidey’s once sweetheart-turned-cutpurse. You swung around New York basically following her trail of robberies, eventually ending up in her lair, where you scored one of the base game’s sickest suits, the closest Insomniac got to actually adding the black symbiote look for web head. There was no sign of Felicia Hardy, who to all intents and purposes, gave up trying to walk the straight and narrow and fell back to being Black Cat.

Spider-Man’s very first piece of DLC out of the trilogy of downloadable packs that make up The City That Never Sleeps, The Heist, wastes no time in bringing her back, as Parker once again in hot on her trail after stumbling into the Maggia crime family’s plans to take over the city with the downfall of Kingpin and the Demons during the events of the main game. Apparently, Black Cat’s working for mob boss Hammerhead, and is aiming to steal the keys to a massive fortune, all the while trying to save her son, who was kidnapped by Hammerhead as a guarantee that the job would go through.

Mixed by feelings that he just might be the kid’s dad and all the time he spent alongside Hardy, Spidey’s all inner monologue in this DLC, as we swing from mission to mission, fighting bad guys along the way as the story unfurls. The best bits in his writing are definitely the times where he shares the mic with Mary Jane, who’s not at all impressed with Peter’s remarks about his former flame, and delivers some hilariously cute jealous remarks all throughout the DLC. After all, the both of them got together at the end of Spider-Man (spoilers!), so it’s not surprising to imagine she’s not at all happy about Spidey’s fascination with Black Cat.

After a lot of chasing around — both in web swinging races across New York and even inside some subway tunnels, the latter some of the game’s most annoying bits I’ve played, where it’s really easy to mess up and be forced to start over, thanks to the tight spaces — the both eventually join forces, leading to a bunch of combat encounters that mix up the toughest enemy combos I’d yet to come across during my time with Spider-Man. The game even throws in a new thug type, a gatling gun heavy, who’s super tough and relatively difficult to take out, but nothing web blossom can’t handle.

There’s a fair bit of variety in the missions throughout The Heist, and for better or for worse, you also play a few minutes as Mary Jane in a stealth section that’s thankfully short and easy — you get to use her stun gun, which helps a bunch — along with a tag team infiltration section with Spider-Man marking targets for Black Cat to take out. Also, it wouldn’t be Spider-Man without some sort of collectible, so you also get to chase around some of the art pieces that Felicia’s dad, the original Black Cat, stole during his crime spree before getting arrested. As with the main game, there’s little to no mystery in regards to their location, they’re clearly marked on your map. One of my personally less known Spidey villains, Screwball, also makes an appearance, and like Taskmaster during the main story, she offers some challenges, this time they’re fight arenas where you can only use certain powers, a neat distraction that along with completing all of the mafia crimes around all districts and collecting all the stolen art unlock a new Spider-Man suit to wear, the Scarlet Spider II, which I had no idea existed.

The three or so hours that this DLC will run you are decently paced and help provide a decent reason to jump back to the game if you’ve dropped it since completing the main story. I had to replay some of the fights and precision swinging sections a few times thanks to some exceedingly strict time limits and tricky enemy compositions, but I had a good time playing overall. The extra lines in dialogue are as well done as the ones in the game proper, and Black Cat is really well acted, looks great and is animated as well as the rest of the main cast. Thanks to a pretty obvious red herring of an ending that you’re likely to see a mile away, you’ll probably want to keep an eye out for whatever’s coming next as the next pieces of DLC in order to get some closure on the story, which will hopefully pay off in the end.

Special note: News came out of Stan Lee’s passing the day I finished writing this. I can’t even begin to say how much of an impression his work made in my life. Rest in peace, Stan, you were always the best! Excelsior!