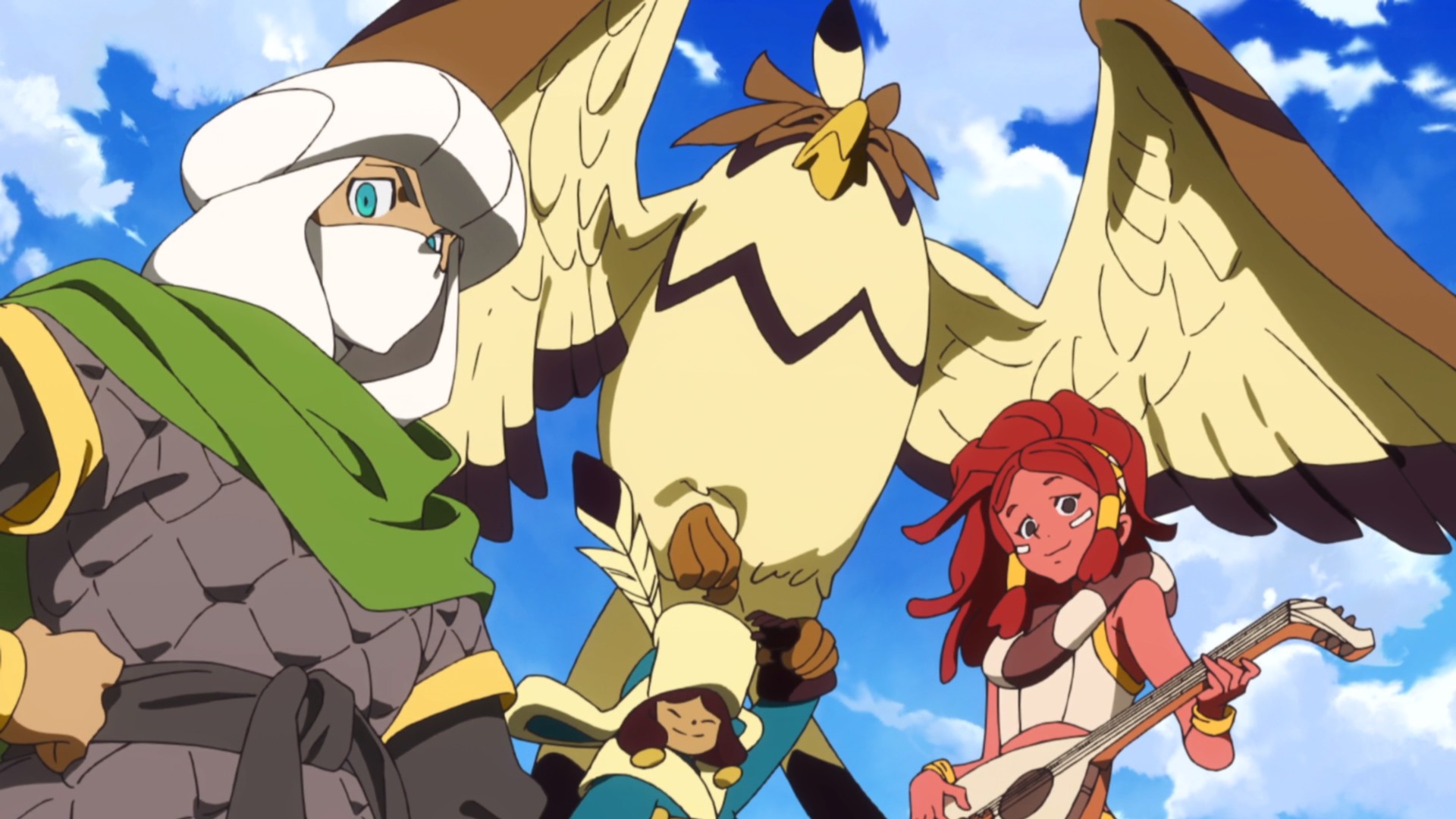 Lab Zero hit it big with fighting games when they released Skullgirls back in 2012. They made that game incredibly approachable to anyone thanks to its easy to pick up gameplay and comprehensive tutorials that helped ease players into the thought process and terminology behind the genre. Years later, it’s still one of the best fighting games around, and its popularity shows no sign of winding down. Indivisible is the next hit from the studio, and this time they tackled the RPG genre by taking a similar road to Skullgirls, that is, they made a very cartoony and simple to play game that packs enough depth to keep even the most demanding of fans around to see its conclusion.

Not only is Indivisible incredibly unique when it comes to gameplay, thanks to its mix of turn-based battles and fighting game mechanics, but it also sports an art direction that borrows from a host of different Eastern cultures, coupled with the gorgeously animated visuals. Like Skullgirls, no two characters in Indivisible are alike, and they all manage to be extremely likable and full of charm. Starting with Ajna, the protagonist, who sees her village get razed by an invading army before embarking on a journey of revenge as she gradually discovers the special powers she’s able to use during combat.

The gist behind Indivisible is getting a decent party together by picking up new members along the way. Differently from your usual RPG, though, you won’t see Ajna’s friends tagging along behind her as she jumps around the world. That’s because she absorbs them into her mind as soon as they agree to join her cause. Thanks to her years of zen training, Ajna’s apparently developed some kind of a mind palace inside her head, so every time she gets into a meditative state by holding one of the controller face buttons, you can pop in and visit the party. It’s a funny concept that’s brilliantly played out through hilarious dialog exchanges between her friends.

The cast includes a member of the army that killed everyone in Ajna’s village who ends up seeing the error in his ways early on in the game, along with a bunch of different people who Ajna runs into during her travels. Safe to say there’s a fair amount of RPG archetypes thrown in there, but some will definitely surprise you when it comes to their play style. That’s because Indivisible plays fairly different from your usual RPG.

Taking cues from Super Mario RPG: The Legend of the Seven Stars and fighting games in general, Indivisible’s combat system will keep you on your toes. Even though it’s purely turn-based, you can’t take too long in order to input your commands, and by doing button combinations, different attacks will come out. These have a host of effects depending on which of up to four characters you can control at one time, as they’re mapped to one of the face buttons. For instance, by pressing up and her corresponding attack button and then down, Ajna can break the enemy’s defense and open them up to a beating, but the same combo might not work the same way for other party members.

It never gets quite as complex as a full-fledged fighter, but it’s fast-paced enough to be just as exciting, especially when it comes to defending, since it requires to you time your button presses in order to take the least amount of damage as possible. Blocking is super important because the better you time it, the less Iddhi you’ll lose, which is used to power special moves that can heal the party and get you out of a pinch. And just like any fighting game worth its salt, you can also pull off insane combos in Indivisible, depending on the party you put together, along with a ton of damage, which feels really good once you get a feel of how each individual character plays.

Getting around in Indivisible is also fairly different from your usual RPG. While not inherently a platformer, it has you traversing relatively simple levels. Ajna can jump, slide, and cling to walls similarly to Mega Man X, but don’t expect to run into the same level of complexity as you would in one of those games. Still, it sometimes can be a little tricky, requiring you to time your jumps and wall dives well in order to get to the next section, but it’s hardly something you’re likely to get stuck in for too long.

This wouldn’t be a Lab Zero game without some gorgeous hand-animated characters, and Indivisible is ridiculously well put together in that department. Every single living being in the game sports an absurd amount of detail and color thanks to what’s become the studio’s signature design and attention to quality when it comes to making characters feel alive. The world itself is fairly dialed in, but the 2D characters that live in are anything but, and that’s not only thanks to the fantastic work in the visuals, but also in the voice department thanks to some really good acting by the cast.

It’s rare to see RPGs that try and get out of the box these days, given how expensive games in general are to make, developers tend to take the safe option out and go with what is tried and true. So it’s very refreshing to see a studio like Lab Zero, who were ostensibly a team dedicated exclusively to fighting games make such a dynamic RPG like Indivisible. It’s certainly something else than what you might be used to, and it’s well worth diving in.