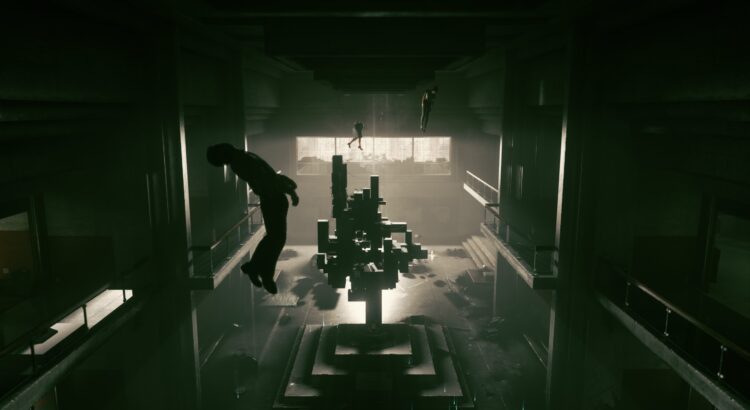 2019 continued the trend of recent years of being another awful year for the world generally, while being a good year all round for video games. This is likely to be the last year of the current console generation before the PS5 and Xbox Series X come out some time in 2020. In PC games, biggest story was the meteoritic rise of the Epic Games Store, which has pitched itself as a direct rival to Steam. While EGS is still a long way from even having half the functionality that Steam has, Epic have driven a hard campaign to acquire more users, both by offering an impressive selection of free games and also (more controversially) by striking time-limited exclusivity deals with publishers and developers to release their games on Epic first. This caused significant blowback, especially for the release of Metro Exodus in February. Whether this strategy will pay off for Epic remains to be seen, but no doubt we will continue to see more Epic exclusives in 2020. In any event, here are the top games I played in 2020.

Gareth’s Game of the Year
Control
Control marks a strong return to form for Remedy Entertainment, the makers of Max Payne and Alan Wake. I personally really enjoyed their last game, Quantum Break, but it received only a mixed critical reception at the time due to the somewhat bland TV episode segments. Control was received much more warmly, and with good reason. Set in “The Oldest House”, a labyrinthine, seemingly naturally-occurring building containing the US Federal Bureau of Control, you play as the newly mysteriously appointed Bureau Director Jesse Faden as you cleanse it of The Hiss; a malevolent force that has infected many of the bureau staff, turning them hostile. The shooting is responsive, the special powers are great fun to use and the entire game is staggeringly pretty, with loads of superb Brutalist architecture. Couple that with genuinely interesting collectables and some well written characters, and Control is easily Remedy’s best game since Max Payne 2. Read our Review.

Funniest Game
Untitled Goose Game
From the many memes it spawned to actually playing the game itself, Untitled Goose Game is downright hilarious. As a malevolent goose haunting the citizens of a small British village, you systematically ruin everyone’s day in various spiteful and disruptive ways, from trapping a small child in a telephone booth to stealing a pensioner’s slippers. It is completely glorious. Untitled Goose Game is simple and straightforward, but it truly delivered more laughs and smiles than any other game I played this year. Given the general atmosphere of doom and futility that hangs over pretty much everything at the moment, Untitled Goose Game was a great momentary distraction and alleviation of existential angst. Read our Review.

Best Characters
The Outer Worlds
I haven’t yet finished my playthrough of The Outer Worlds, because I’ve wanted to properly dedicate the time to appreciate it and see it through to conclusion with minimum interruption. While it is clearly directly inspired by Fallout: New Vegas, it does enough which is different to feel truly unique. I have always enjoyed exploring one big open world, and while The Outer Worlds does not have that, it instead presents you a selection of smaller biomes each with a different atmosphere and local fauna. This adds a bit more variety to proceedings, aiding the Firefly-esque setting. But the real joy of The Outer Worlds is spending time with its colourful and interesting characters, learning their stories. It has double the personality Fallout 4 had, despite being a much smaller and more streamlined experience. Read our Review.

Best Atmosphere
Observation
Observation is the latest game from Scottish developers No Code, who created Stories Untold, my personal Game of the Year for 2017. While ostensibly a space horror game, it takes many elements from science fiction films such as 2001: A Space Odyssey or Gravity. In a twist on 2001, you assume the role of a space station’s computer mainframe, SAM (System Administration & Maintenance), assisting astronaut Dr Emma Fisher, who appears to be the sole survivor of an unidentified accident that has damaged the station and displaced the crew. You look upon the world through SAM’s CCTV cameras, and help Emma with various tasks as you try to restore functionality to the station and find the rest of the crew. Observation is a moody and thoughtful game that uses camera blur and distortion to great effect to create a foreboding and terrifying atmosphere. Read our Review.

Best DLC
Hitman 2
Hitman 2 originally released in late 2018, but throughout 2019 the game has been supported with loads of additional content, including two new maps, loads of new challenges and a selection of new elusive targets. While the first additional map, a New York bank, was a bit small and sparsely populated, the second level of a tropical island was superb and represented the best of many of the other Hitman 2 levels. Although Io Interactive probably relied too much on recycling old illusive targets from Hitman (2016), the new and remixed additions were excellent, as well as all the extra challenges and costumes. The experience was pricey, but there are many hours of additional enjoyment here. Overall, when looking at Hitman (2016) and Hitman 2 as a complete experience with one interwoven plot, they represent easily the best and most complete Hitman game ever created.