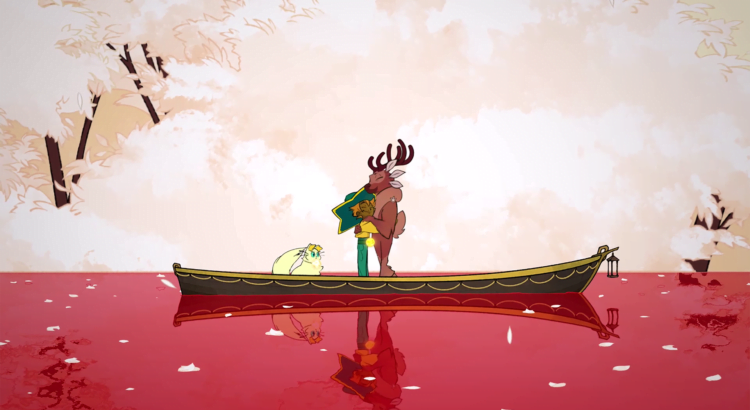 I’ve been thinking a lot about death since playing Spiritfarer. I mean, Necrobarista technically also got me thinking about it as well back in July, what with it tackling death from a different angle, but Spiritfarer especially brought those thoughts to the forefront. Specifically one memory in particular:

When I was a kid, there was a night where I started thinking about death. Couldn’t sleep, you see, so my mind began to wander and ponder all manner of subjects, as I’m wont to do when left with my own thoughts for too long. That night was when I realized and came to terms with my own mortality.

It was rough. I’d known and understood the concept of death and what it meant before then of course. If you’d asked me about it at that time, I probably would have scoffed and said, “yeah, who wouldn’t?” But while I may have understood it, I didn’t understand it. Not really. I only knew it in the abstract. I didn’t give any thought to the actual, material effects. Like the fact that we will all cease to exist one day, will have to watch those around us fade, and what that means. How could I? When it’s all just theoretical, it sounds easy to accept. Faced with reality, it’s not so simple.

Spiritfarer is a game explicitly about death — about confronting it, what the people we lose leave behind, and how we move on without them. It’s a heavy subject — something I try not to think about usually, since it’s a constant source of dread for me (especially now between a worldwide pandemic and the ever-constant threat of climate change). But Spiritfarer explores these subjects with a sort of warmth and understanding that makes it… not positive (far too many sad moments for that), but comforting in a way.

Spiritfarer places you in the role of Stella, a new arrival in the spirit world who’s immediately given the job to take on the title of Spiritfarer from Charon, whose time on the job, and in this world, has finally come to an end. You sail around a vast ocean visiting islands in search of spirits to bring aboard and to collect materials and resources (ingredients to make food, seeds to grow plants, lumber and ore to build various facilities on the ship, etc.) to help take care of your passengers until they’re ready to move on to the afterlife. You help them by fulfilling whatever requests they make. Maybe that’s taking them to a specific location, making them a meal they enjoy, finding something they lost, or just helping them fill out their space to feel more at home.

It’s a game that is at once very pleasant and cozy and deeply sad. It starts out as a fun reunion between friends and family as the first few spirits Stella meets are people she’s previously known. The early hours of Spiritfarer take on a jovial sort of feeling as they all reconnect while they voyage across the sea together. You know it won’t last — that everyone will have to leave eventually — but for those fleeting moments at least, it’s nice.

Every in-game day is spent making the rounds, checking in on everyone and tending to whatever work needs doing. Ring the bell at dawn to wake everyone, set a course for the ship, then check in on everyone, see if they need anything like food or a hug to lift their mood (the hugs are very good, by the way). Then it off to tend to the fields to water or harvest crops, maybe put some food on to make sure there’s enough stocked and ready to keep everyone fed, possibly fit in some fishing as well if there’s time.

The game quickly settles into a comfortable routine, everything clicking into place immediately as everyone assumes their roles. Gwen, the first spirit you meet who takes on the form of a deer (everyone assumes the form of some sort of anthropomorphized animal once they come aboard), tends to the loom on occasion to weave thread and fabric. Atul, a toad, performs upkeep on the ship and roams around playing music occasionally. Summer, a snake, tends to the gardens by playing music to the crops to help them grow (which she teaches Stella to do as well). Seeing everyone go about their own routines as you go about your own gives the boat a nice sense of life.

Which is what makes each departure so hard. After all the time you’ve spent in their company, seen them going about their day as you do your rounds on the ship, their absence is felt. Their presence is such a constant, checking in with them becoming such a key part of your routine, that it feels like an actual loss when they’re no longer around. They’re gone, but their homes remain, a constant reminder of how they affected life on the ship no matter how brief their time aboard was.

At the same time, those scenes are heartwarming in a way. There’s a certain comfort in being there for them in their final moments, in watching them slowly build the resolve to face the end on their terms, something they may not have been able to do when they were alive. Everyone may have already died once already, but they became spirits, essentially getting another shot at life before the actual end, a chance to find peace before they well and truly depart to whatever lies beyond, able to do so confident in their decision.

Stella is similar. She may have taken on the role of the Spiritfarer upon her arrival, but she still has unresolved matters of her own as evidenced by the visions she receives every so often after ferrying someone to the afterlife. Snapshots of her own life appear in these visions, providing a vague glimpse into what her life was like before her passing. The images of her memories alone don’t provide much insight, but the messages she receives from another spirit suggests her role here is no accident. That some of the spirits she helps are people she previously knew in her could be just some incredible coincidence, but it feels more like she wanted one last chance to see them, one more chance to say goodbye. That her role is one of seeing people off in their final moments, people she never knew, feels intentional as well. That in helping others pass on after death, seeing them find the courage to move forward, she too will be able to face it herself when her time comes.

But Stella’s story is only a small part of Spiritfarer. The game doesn’t emphasize any one character’s arc over another, giving everyone time to expound on whatever details of their life they wish. Gustov, a former art curator who takes on the form of a bird, frequently goes on about projects he worked on and his time in the art world in general as you help him build a new exhibit he’s been planning, for example, whereas Gwen often reminisces about memories she and Stella share from growing up together while also processing more painful memories regarding her family, which many of her requests involve you helping her resolve.

Their stories are small and self-contained, sometimes ending suddenly and occasionally with little sense of closure. But considering the circumstances, it makes sense. Only so many ways to tie up loose ends when you’re already dead, unable to reach out to the people you knew, unable to affect any sort of change in the world of the living. All anyone can do in that scenario is just sit with their thoughts and work things out for themselves. Not much you can do to help except to be there; provide whatever comfort and assistance you can while they’re in your care and enjoy what time you have together.

The thing about death is that you only really come to move past someone dying because you start to forget about them over time. Not consciously – it’s not that anyone is purposely trying to repress or forget their memories of someone – but they just sort of fade from your mind as you grow more used to no longer having them around. The same is true for Spiritfarer. Every spirit you see off eventually fades into the background, whatever sorrow you felt about bidding them farewell vanishing as you grow more accustomed to their absence.

It’s what makes the final trick it pulls so effective. As the end approaches and everyone has departed, the boat empty and lifeless, everyone makes one last appearance. Just you saw everyone off, now, right before the end, they return the favor. It’s a truly sweet and heartfelt moment, and the perfect note to end on.