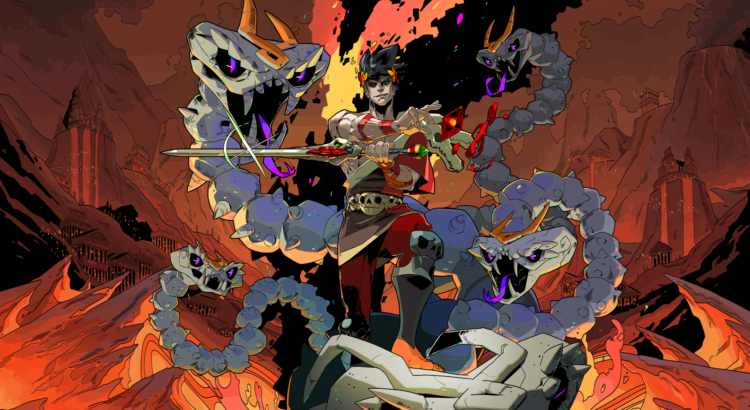 There’s always something about every one of Supergiant Games’ creations that makes them immediately click with me. Whether it’s their impeccable art, great sense of place set by the writing, or how gripping the gameplay turns out to be, every single one of their previous releases has managed to strike a chord with me. And while I might not have unconditionally loved all of the aspects behind any one of the studios’ previous releases, they’re still among some of my favorite games in the past couple of generations.

Hades is an exception to the rule. It started out as an early access game, one of the first ever releases to hit the Epic Games Store under an exclusivity deal back in 2018, only to hit Steam a year later. Its time in open beta proved anything but hellish; in fact it was positively fruitful, as with each new update came a host of improvements and new features that were based on community feedback. Now it’s finally hit version 1.0, and aside from being finally “done”, Hades is also getting its first port on Switch.

And I absolutely adore it. Although I’m painfully awful at it, Hades has sunk its teeth onto me deep and I can’t help but keep going, trying to see how much farther I can get in each subsequent run. It’s a roguelite among many others that manages to be fresh in the way only Supergiant Games could spin up. It’s ridiculously beautiful to behold, there’s plenty of reason to read through all of the dialogue and lore, its gameplay is rewarding and challenging, and to top it off, there’s the music. Oh, the music. The part in all of their previous creations that I unanimously adored is ever so present in Hades.

My pal Callum who is way more capable at this game than me will get into the minutea of the ins and outs of how Hades plays in his own piece as someone who has been able to complete it from top to bottom. Safe to say, even for a scrub like me who’s been continuously working to get there ever since I got a review code of this a few days before the 1.0 patch hit, the progression in this game is one of the most rewarding I’ve seen in a roguelite.

Death is a certainty not only in life, but it also happens to be a constant presence in Hades. As son of the god of death himself, Zagreus wants out of the realm of the dead for good, and if he has to die, so be it. And he will, regardless if you like it or not. Even though I can’t say for sure if it’s possible to beat the game on the first run you take, it’s by all means not the way the game is designed to be played.

New permanent buffs such as more health and even the ability to return to life once or twice if you are defeated are unlocked by spending darkness shards every time you drop back into your dad’s palace after you die. Then there’s the new bits of story that you get to check out by talking to the multitude of colorful characters that reside within. These never get in your way back into action since you can just choose to ignore them, although I wouldn’t recommend it.

They help set the story in motion and you’ll want to make friends with NPCs who will often reward you with gear if you give them a gift every so often. There are also a multitude of weapons to unlock with the Chthonic keys you pick up during your runs; and each feels amazingly good to use and offer a different style of play.

The initial one is the Stygian Blade, a bread and butter sword that is an all-rounded option, for instance. Later ones like the Aegis hit like a truck on close range and can be thrown around as a frisbee, turning Zagreus into a furious air hockey puck of sorts. Then there’s the Twin Fists of Malphon, a set of gauntlets that are as fun to use as their name, serving as Hades’ combo machine weapon of choice.

There isn’t a single Infernal Arms that I haven’t enjoyed playing with, honestly. They are all made incredibly versatile by the way Hades deals with upgrades as you progress through your runs. Zag’s Olympian family members like Zeus and Aphrodite drop by to grant him boons which change and improve his weapons’ characteristics, adding in a number of permutations to his ultimate builds, such as faster attack speed, a trail of lightning that follows projectiles chaining around every foe hit, for instance.

Those upgrades and possible builds coupled with the also purely random placement of enemies and other pickups, not to mention the layout of each arena make each escape attempt feel fresh. Coupled with the frenetic pace of combat, which plays like a mix of Supergiant’s previous hits Transistor and Bastion in the way you slide around the screen from hit to hit to hit is just ah, *chef’s kiss* good. I could play Hades all day, but I have to sit down and write this review!

Hades also gives plenty of reason to keep playing besides the story and your main character’s advancement. By spending gemstones, you can make a host of different cosmetic renovations to the palace, spiffing it up to your taste. Still, gemstones aren’t only good for making the game ever prettier since a handful of these renovations can also help you during runs by giving you drops and much needed heals along the way.

The Switch version of the Hades plays fantastically well in both portable and TV mode. It looks very sharp on the smaller screen, and for as much as I usually abhor playing games using the default Joycon placement, it’s been totally serviceable for Hades. The game shines on the Switch Pro Controller, though, and it’s by far my way of choice to play it. The only drawback I’ve found from playing on my HD TV is that characters look a little blurry when stationary, or when in a constant animation cycle such as lord Hades himself as he scribbles away at his desk each time you see him upon death.

That coupled with some framerate hitches every now and then when the action gets really intense with many monsters and elements popping off on screen don’t really take away from this port in the slightest, but might be noticeable if you’ve played Hades on PC before. For the many hours I’ve already spent cutting my way through it on my already two-figure failed runs, neither issue has really gotten in the way of my enjoyment of this game at all.

Without a doubt, Hades is one of the best and most replayable games you’ll find on the Switch. If you are a returning player from PC you’ll be glad to know that crossplay is being worked on and will be coming in a later update so you’ll be able to carry over your progress between versions.

It’s a cliché to keep mentioning how good it is to have X game on the go “now that it’s on the Switch”, and that’s surely the case for Hades. You’ll want to have it in your memory stick for eternity… or at least as long as you’ll want to spend in hell. Hey, at least you can pet a surprisingly cute infernal three-headed dog while you’re there.