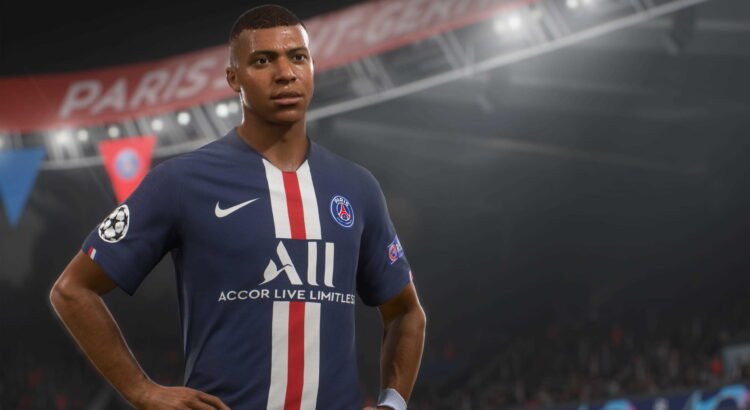 Growing up in a country where a sport is a religion like mine is with soccer (we call it futebol, but we’ll keep this international), it’s kind of weird to imagine living without any of that influence at all. I mean, soccer is in everything around here and people talk about it constantly. It’s part of idioms, our way of thinking, and even as part of our daily routines, whether we like it or not. Soccer is so ingrained into our culture that being a kid who didn’t particularly enjoy it could spell a terrible time as you develop into an adult.

Such was the case for me, someone who was never really into any particular sport as a child. I certainly enjoyed swimming, sure, but in terms of collective sports, I tended to favor basketball over soccer, but even then, I wasn’t in love with it. The idea of following a team and knowing its players and enjoying that experience always seemed to suit me better than actually watching matches and such, so over my kid years I developed that into liking clubs and knowing a lot about their rosters, but being a particularly bad player at all sports I ever tried playing myself.

In games, that was certainly different. My childhood friendships at school circled around sports and kid games, mostly videogames. The Nintendo and Super Nintendo reigned supreme during my elementary school years, and those were the heydays of the growing franchises we still see actively getting new installments today like FIFA International Soccer and International Superstar Soccer (now Pro Evolution Soccer, PES) for soccer, and NBA Live. While I did dabble with some of the early attempts like Human Entertainment’s Super Soccer, one of the SNES’s debut games, it just proved to be pretty darn bad, even though it managed to leave a lasting impression thanks to its ridiculously entertaining story mode.

Between FIFA and ISS, I kept a balance of always knowing how to play both because every now and then I would go to a friend’s house who might favor one over the other, and that tactic helped me swerve the hilarious social structure of being an awkward adolescent in the 1990s. Being good at playing games was something that I could lean into to get a beat at building relationships as a kid, and mostly succeed at it thanks to soccer games. Yeah, life took most of those friends away due to our drifting paths following our graduation from school, but hell if I don’t still have fond memories of wasting many afternoons away passing a controller around playing FIFA 98 tournaments as my favorite national squad, the Netherlands!

In modern times, my interest in these games isn’t as strong as it used to be. It’s understandable given the vast amount of complexity that sports simulations carry nowadays, not to mention the sheer number of options to pick from not just in this genre, but as a whole. Still, I got the opportunity to play a few every now and then, and having been vastly outdated in my knowledge of current gameplay details and such, this year’s FIFA, or better put, 2021’s, since it’s called FIFA 21, is a can of worms that can’t be contained anymore after prying it open a couple of weeks ago.

On all accounts, FIFA 21 is on a world of its own even when compared to another soccer game I’ve played this year, Captain Tsubasa. The number of play options at disposal this time around is admittedly intimidating, but thankfully it can be quick played if you manage to find the right menu tucked under the absurd amount of warnings and dialog boxes that pop up every time you boot up the game. Trust me, this isn’t meant to be a detailed review of FIFA 21 because 1) I haven’t been up on the franchise since merely kicking around the 2016/2017 for a couple matches and 2) it’s much more fun to reminisce than it is to be technical about something that other sources could do a much better job at it than I ever could.

Even so, I wanted to get around to conveying just how hard I tried to get into FIFA 21. At the same time that Star Wars Squadrons came in for review a little while after the coverage cycle for it ended, in complete surprise, so did this game. Out of the two, I naturally swerved to the nerdy alternative, and as I explained in that article, I thoroughly enjoyed my time playing it. I can’t say the same for next year’s iteration of FIFA. Regardless of the fact that I haven’t been keeping up with the series as a whole for quite a while, I just think I’m over being naturally drawn into playing a yearly iterative franchise such as this, let alone a sports one.

There’s quite a number of things to be into FIFA 21, though. I particularly liked exploring the possibilities of play under the new VIVA menu, a host of twists on soccer that have you playing the beautiful game with a number of different options, even futsal, which if you didn’t know was already in a FIFA game before, FIFA 97, basically indoor soccer with a much smaller team. Basically, you pick a custom character, build a squad and take it to the pitch, er… arena however you suit it. It felt surprisingly familiar to me jumping into this mode considering how close it sticks to the usual custom option game modes in other games that aren’t even in the same genre, like, well, I’ll throw in a crazy comparison here, XCOM.

I bet you didn’t expect to see such a take in a FIFA not-review like this, but here we are. Building a group of customs and throwing down with it is indeed something that EA’s juggernaut has in common with Fireaxis’, and for anyone like me who isn’t instantly into the idea of picking an already established multi million dollar empire like say A.C Milan and take it through the UEFA Champion’s League, but instead is much more into the idea of making it your own thing, VIVA mode is a surprisingly grabbing premise.

Then again, in all other manner of providing a soccer simulation, FIFA 21 more than will suit your cravings. You can play in all manner of championships, whether it’s America’s Libertadores or even the traditional World Cup, you’ll get to fulfill whatever dream you may have that’s tied to soccer, except being a ref. You still can’t be that in this, which to me is positively insane given the number of games that have been released over the years under the FIFA franchise.

For soccer aficionados who are into the idea of kicking a virtual ball around yet again, the 2021 iteration has it going in a satisfying way. For someone like me who’s fairly lapsed, it was easy to get into and instantly get the pelota rolling, even getting a goal in the very first match the game put me in as soon as I hit start. If you’re a dabbler into both FIFA and PES, FIFA 21 presents you with the choice of picking from a number of control schemes that present more familiar button layouts, which worked for me well when I went with a more PS2-era Winning Eleven option, using circle to kick the ball and square to… kick the ball with more control. You get the idea.

Rightly so, FIFA 21 is yet another entry that should please both the more faithful and the less so like myself. There’s a number of cool new options that were unexpectedly compelling to me, like VIVA, which helped keep me pumped into playing past a handful of full-fledged 11 on 11 simulation matches. I instead opted on having a more casual and fun experience with the drop in and drop out style of play found in not having much of an investment pushing a custom team through whatever type of game I might happen to be into playing.

FIFA 21 is the eye candy filled option for soccer fans who want to take their passion into the games space, and one that aims to please as many and varied players as it can. I particularly liked VIVA as you know if you’ve read so far, and other suites like the various online modes and tournaments are bound to grab the attention of those looking to enjoy yet another one of these games. For me, it was cool to see what FIFA had to offer after being away for a while, and I look forward to doing the same in a few years when who knows, maybe EA might go back to having a somewhat more narrative based soccer game that they toyed around a few entries ago. That would be really cool!