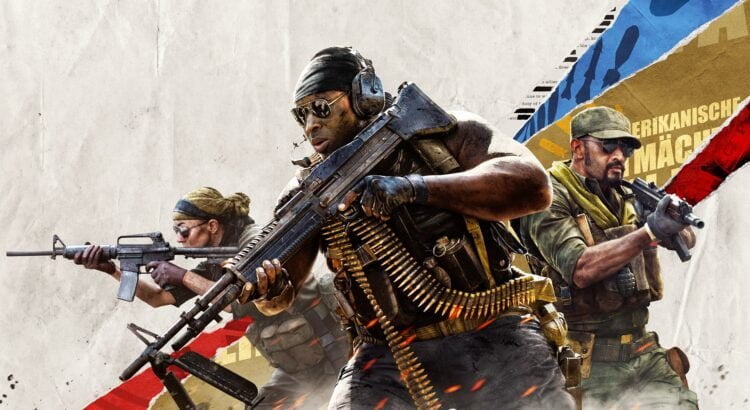 Last time we checked in on the old Gipper, things had turned around for him. After some help from the Arizona Rangers, he was able to transfer his consciousness to the body of one of the self-proclaimed Patriarch of Colorado’s kids and continue pushing his faction’s questionable politics and sense of justice throughout what was left of the United States after nuclear armageddon. It was a decision I didn’t take with a light heart, but it helped Wasteland 3 move along at a faster pace so I could get my review done on time.

40 years after the fact, it’s still very much clear how much of an awful influence Reagan had in the modern world, considering today’s geopolitical scenario, even if ever worse people have come to rise to power since then. His actions have left deep societal scars that haven’t yet healed, and social movements in support of LGBT+ and racial equality taking place in the US lately are but one of the many responses that have come after Reagan, both Bush and especially Trump’s Republican conservative agenda in government.

Pop culture also didn’t help matters by pumping lots of hoo-raw! hoo-raw! throughout the 1980s and early 1990s with movies, videogames, comics, you name it. Past Doc Brown would be shocked to see who eventually became president mere decades after Ronald for sure. Call of Duty is one such product. It tends to be openly silly and downright clueless at times; the newest entry is no exception, putting the late US president front and center in its campaign, a continuation of the franchise’s play on history year-in-year-out subseries, Call of Duty: Black Ops Cold War.

It opens with a high energy song and a flip through TV channels in 1981, highlighting Reagan’s inauguration and the high of the Cold War, before dropping you into the middle of an international crisis as part of a covert and off the book CIA group comprised of many luminaries of the COD Black Ops, like numbers guy Mason, bombastic Woods, and Robert Redford look alike Adler. Headed by a few more questionable figures including the Gipper himself, who’s prominently part of the promotional material for the game and its story, you take a cruise throughout the US checkered background in Cold War espionage, going as far as even Vietnam in the pursuit of Perseus, a Soviet spy who’s been a thorn on the CIA’s side since the end of WW2.

Apparently he’s gotten ahold of an American made nuclear device and plans to use it in order to tarnish the country’s image to the world even more than it already was at the time. Unless you stop him, of course. As the faceless and not at all talkative Bell, the newest addition to the team, you’re just the person for the job. Call of Duty: Black Ops Cold War takes you to all the spots you’d expect to hit in a game taking place in that time period, as well as a few that play into the information gathering nature of the story, where you find yourself piecing together what little you know about Perseus in order to catch up to him.

To say that Call of Duty: Black Ops Cold War’s campaign mode is bombastic is an understatement, as like last year’s installment, it’s quite fun to blast through for sure. Missions are just long enough to make each sitting worth your while and certainly don’t overstay their welcome. The overarching narrative, for as by-the-books that it is in the whole of Call of Duty, works well enough to keep things interesting throughout the game, for as videogame-y as it can get, especially when it comes to unlocking some of the side excursions that you can take by finding conveniently placed pieces of evidence during main story missions, like rolls of film to help shed light on the identity of double agents before you are able to take them down.

Activision and their numerous studios have gotten the action formula down to a T over the years, and their annualizing of Call of Duty is certainly a strong testament to the overall gameplay of Call of Duty: Black Ops Cold War. It feels good to look down the sights and pop fools left and right, and the instances of stealth as straightforward and scripted as they are work as a good break from the shooting as you’re encouraged to engage with it at various spots throughout the game, such as your infiltration of an East Berlin subway station, or a supposedly abandoned research station deep in the frozen tundra. The scenario variety all throughout the story is certainly one of Cold War’s strengths, and if you manage to turn your brain off for the few hours that it takes to get through this game, you’ll find yourself entertained for sure.

As with the usual Call of Duty game, this new one comes chock full of extra modes to jump into once you’re either done with the story or want to stop for a bit. Last year’s hugely successful and now free-to-play Warzone is carried over largely intact this time around: it’s even part of the game’s menu, loading up the same interface you’re used to fiddling if you’ve been playing it since 2019. Multiplayer in CoD is a solid package and won’t blow you away in case you’re a veteran and are looking for something entirely new this time around. I’m in no way hugely into any particular playlist, but if I had to pick one as my favorite, well, it would have to be Zombies Mode. I mean, as a once daily player of Left4Dead and avid fan of the works of one George A. Romero, it’s an easy choice.

While I wouldn’t call myself a Call of Duty enthusiast in any shape or form, I can say for sure that I’ve enjoyed playing through each of the entries that I’ve gotten to review over the years. Compared to 2019’s Modern Warfare, I would say that I’m having more fun this year mostly due to the time period that it takes place in and how closely it sticks to the flavor of movies I grew up watching. It’s ridiculous, all over the place and surely dumb, but at the end of the day, a fun ride. Just try and don’t take anything about it too seriously.