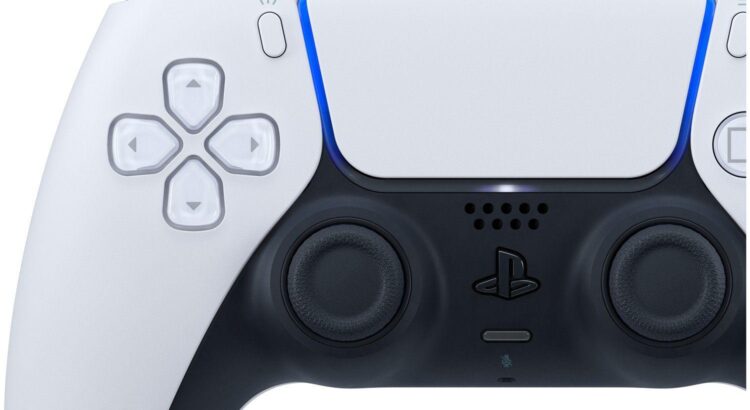 Ah, the PlayStation 5, Sony’s newest, most desired and most I.M. Pei-esque console is in stores (allegedly) and despite a few quirks and glitches here and there, it’s got it where it counts. If you haven’t been lucky enough to get your hands on a console, here’s what you’ll find when you finally do manage to drag one home.

The box itself is fairly heavy and once you tear that open, you’ll be greeted with a quick start and safety guide, both in multiple languages.  Under that and beyond several pieces of cardboard, you’ll manage to dig out an AC Adapter, the new Dualsense controller and a supplied HDMI cable. If you’re anything like us, your room is now littered with half eaten cardboard and official Sony branded documentation. Deeper in the box you’ll find a flat, circular base that will need to be screwed on, if you’re so inclined, however; despite the warnings in the quick start guide, your shiny new PlayStation 5 will work just fine without it.

Finally, you’ll carefully pull out your hefty noir colored console, framed with cardboard endcaps.  Like an enigma, wrapped in a riddle, or perhaps a dead fish wrapped in newspaper, your new console will come wrapped in those lovely thin sheets that all Sony consoles come bound in.  Carefully unwrapping these will reward you with the console itself.

Congratulations!  You are now the proud owner of a giant electronic burrito.

The initial boot up routine will walk you through the process of selecting a language, brightness of your screen, etc.  Once this is done, you’ll find yourself at the PS5 main screen.  Some familiar elements you might notice right away include the PS4’s icon bar, now shrunk down and placed along the top of the screen.  There’s also far fewer icons than on the PS4’s icon bar.  This leaves a lot more room in the middle of the screen for…. …stuff?  Recent news or updates about your favorite games pop up here when such has news or updates.

Gone are all those pretty themes and folders to organize your massive library of games, as well as the PS4’s snappy intuitiveness that we’ve all gotten used to.  One example is in accessing your cloud saves, as this is no longer done from the individual game icons, but rather this option is now hidden away in the bowels of the settings menu, accessed by hitting triangle, clicking on the gear icon and going all the way down the menu to saved games and finally clicking on cloud storage or sync saved games.  This is quite a process when you consider that loading saves from the PS4 is as simple as right clicking on the game icon and selecting the option.

Trophies are now featured as large icon like cards that pop up that are prominently displayed whenever you hit the PS button on the DualSense or when scrolling down from the game icons and you have a game selected.

Speaking of, hitting the PS button immediately pops up a menu on the bottom of the screen that has a home button, dynamic game switcher, friends list, microphone and accessory options, online status and the option to power off or put the console into rest mode.  If this sounds like a lot more of a hassle to put the console into rest mode than it was previously, that’s because it is.

Impressive load times and visual fidelity aside, one of the stand-out features inherent to the PlayStation 5 is the included DualSense controller.  While it looks like a futuristic Dualshock controller, under its film noir toned exterior lie several complex yet clever additions.

The included microphone is a welcome addition for those that don’t have a dedicated headset or streaming setup handy, (even if it makes me sound a bit like Gollum).  In terms of quality, naturally it isn’t anywhere near that of a dedicated mic, such as a Blue Yeti.  This aspect of the PS5 is rather snappy as well, as the PS4’s Share button has evolved into the PS5’s Create button.  A long push of which will take a screenshot, a tap will open a media bar on the lower third of your screen from which you can one click to record short video clips, manage photos and stream to YouTube or Twitch.

The DualSense also sports a more advanced version of haptic feedback, which is basically when a game uses the sense of touch to convey an in-game event or activity to the player, beyond the rumble mechanic, which has been a standard on game controllers for years.  Potential uses for this include the feeling of tires getting stuck in sand and mud feeling sluggish and soggy versus gliding on ice.  Jumping into a pool in-game can deliver the feeling of weightiness and resistance of the water, or moving onto a wooden bridge can create a bouncy sensation.  This is all thanks to the DualSense’s highly programmable voice coil actuators found in each controller.  It’s the same kind of technology that allows speakers to vibrate and create sound, allowing for a much more precise tactile feedback.

Adaptive triggers in the top left and top right buttons are also part of the DualSense’s bag of tricks.  Imagine a game where your gun jams in the middle of an intense shootout and the trigger locks on you, becoming useless, or one where you can feel the tension increase on the string of a bow as you pull it back before firing.  The potential for adaptive triggers seems numerous.

In the end, the PlayStation 5 is an impressive bit of hardware.  Beyond the visual fidelity, the impressive loading times and the advanced technology hidden in its controller, Sony’s biggest draw this season may lie not in a box but in its potential for future titles that will fully embrace the console journey that’s only just taken its first steps here.