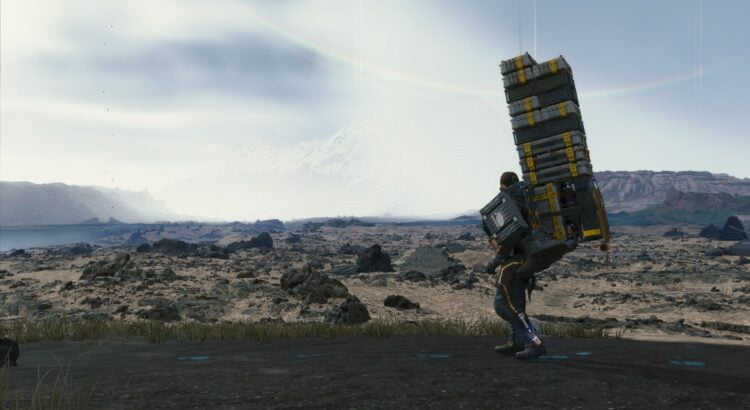 2020. Oh good heavens, what a year. What an absolute YEAR. Just when you thought that years couldn’t get worse, 2020 comes along and says “hold my beer”. It wasn’t just the COVID-19 pandemic (although that is the principle culprit) but 2020 has been utterly exhausting. In spite of that, it continued to be a fairly good year for video games, marred by a variety of fiascos and scandals including discovering Ubisoft spent years covering up abuse in their company to CD Projekt Red crunching their developers for months on end and releasing a patently broken game. Nonetheless, the good games continued to shine through the muddle. Here’s a look at my top games of 2020.

Gareth’s Game of the Year
Death Stranding
Although Death Stranding is technically a 2019 game, the PC version was only released this year. Death Stranding is the kind of game only Hideo Kojima could get a major publisher to finance. This is essentially a huge budget trucking simulator, except you’re mostly walking, clambering or climbing the landscape to reach your objective. Despite the more gamey elements such as armed enemies and invisible monsters known as BTs, I absolutely love just transporting various packages from point A to point B, carving paths into the landscape which show the routes other players have taken. The asynchronous multiplayer means that you get the benefits of buildings which other players construct such as bridges and generators, while they also benefit from your constructions. There is a genuine satisfaction to rebuilding the roads and making routes between settlements easier to traverse, especially as you get feedback when other players use your structures. Death Stranding is a beautiful, entrancing, marvellously pure experience. Read our Review.

Best Characters
Persona 4: Golden
By this point Persona 4 is a very old game, but 2020 marked the year it finally got a PC release. Well regarded as one of the best JRPGs of all-time, Persona 4: Golden is an improved version of the original game with loads of additional content. The game runs excellently on PC, and the strength of the story and the characters shines through just as brightly. It is simply so enjoyable and relaxing to spend time in Inaba, even with the rather morbid main plot hanging over everything. But against this plot are a multitude of character moments, from taking Nanako to Junes to watching a film with Yosuke or training in the park with Chie. The music also absolutely slaps. In a year when I’ve really enjoyed being able to find relaxing games which take me away from day-to-day worries, Persona 4 was a superbly fantastical escape. I hope Persona 5 gets a PC release soon. Read our Review.

Best Shooter
Black Mesa
Fifteen years in the making, Black Mesa originally came out as a free mod in 2012, before releasing into early access in 2015. 2020 marked the end of development with the release of the Zen levels, a mammoth expansion which makes Zen a genuine highlight of the entire game. Black Mesa is not simply a great remake of the original Half-Life; it’s an excellent shooter in its own right. The frustrations I had with the original mod (such as over-reliance on using crouch-jumping) have been smoothed over or removed. The shooting is nicely satisfying and the level design nicely expands on the original, making the Black Mesa Research Facility feel much more like a real place. Whatever the development team decide to make next, I’ll be eagerly looking forward to it. Read our original 2012 Review.

Best Strategy
Crusader Kings III
When I originally played Crusader Kings II, I felt completely overwhelmed by it. There wasn’t really a tutorial and instead you were simply dropped into the game and left to your own devices. Crusader Kings III solves this problem with a lengthy and useful tutorial, while also redesigning the UI to make the various game systems far easier to manage. Crusader Kings III is a game with numerous small stories intersecting to form one huge story; an almost Sims-adjacent strategy experience set in Medieval Europe. It’s a grand strategy game where you role-play as a single person, and your objectives can vary wildly depending on your personal whims. Read our Review.

Most Emotional Game
Shadow of the Colossus (2018)
I’d never played the original Shadow of the Colossus as I’d never had a PlayStation growing up. This year I finally got around to playing the Bluepoint Games remake, and it is a simply masterful and magical experience; a game which makes me feel utterly appalling, and I truly applaud it for doing so. So few games are willing to cast the player in the role of the villain, and it’s only as you gradually take down more and more colossi that you realize what Wander is doing is completely wrong. The game is deceptively simple but has a remarkable depth, along with looking visually stunning. Riding Agro around this vast, barren landscape before battling huge, beautiful creatures with some glorious music, it’s a game which feels both epic and elegiac. Shadow of the Colossus is indisputably one of the best games ever made, and the 2018 remake makes that more obvious than ever.