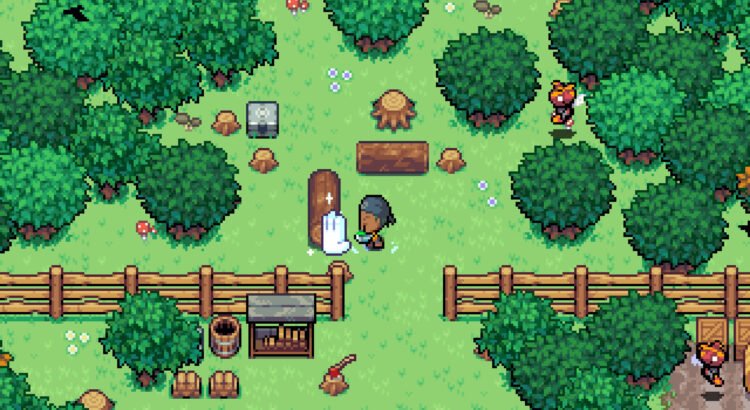 In Coromon from Dutch developer TRAGsoft, you play as the newest battle researcher of Lux Solis, and are in charge of exploring dangerous ruins of a pyramid in the land of Velua and uncovering the essence of one of the six legendary Titans. If this setup sounds familiar, you won’t be surprised to find out that this is an RPG with ties to Nintendo’s juggernaut franchise Pokémon.

Then again, simply making that comparison and limiting Coromon to a mere clone is doing a disservice to the game. It’s by all means a very old school inspired top down role-playing game that is meant to be seen as something that would’ve fit perfectly on Super Nintendo, but with some clever modern touches.

And while you still battle your way through dungeons by making use of a team of critters that pop out of conveniently small vessels, Coromon’s cute retro aesthetics and tight gameplay certainly impressed me with its E3 preview demo that publisher Freedom Games made available last week.

I also got to chat with its developers during a short interview session via Discord, where they mentioned that with Coromon they hope to bring a more mature story like Golden Sun’s, even if the game might seem to be strictly inspired by Game Freak’s portable hit. Besides the tried and true turn-based combat, there’s also a healthy dose of puzzle solving along the way, and in the case of the demo, we got to push and set some platforms in order to clear the way forward.

But by far the most clever part of what I got to see of Coromon came in the form of the boss battle found at the end of the pyramid dungeon. The Titan Sart, the bender of sands, didn’t look particularly menacing, but quickly proved to be a match for the team bringing some minions of his own to the multiple phase fight that followed. Monsters that we previously fought throughout our exploration popped up to help their master in between sections where we were able to dish some direct damage to the boss, requiring some flexibility that was expectedly limited to the scope of the E3 demo.

From what I was able to gather from the devs, Coromon is set to be faithful to its inspirations and at the same time offer some quirks of its own. From my time watching and playing the demo, the character progression feels especially solid, with two individual ways to level up your monsters. Base stats go up automatically every time they ding, with an extra set of points you can allocate yourself in order to boost their potential, which essentially works as a way to customize your team.
With all of that in mind, I’m certainly looking forward to seeing more of Coromon once it’s finally out later this year. TRAGsoft aims to have even more features to be added to the game post release, including online play, with player vs player battles. There’s also plans for a Switch release, and honestly I couldn’t think of a better platform for this to be on, honestly.