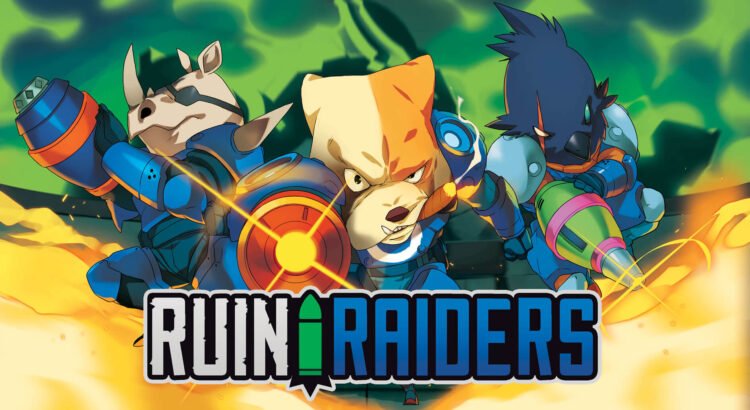 Do you feel like diving into a hardcorde tactical roguelike? Most importantly, do you like cute cuddly and positively deadly animals? If the answer to both of these questions is yes, Spanish developer OverPowered Team’s Ruin Raiders just might be what you’re looking for. In it, you take control of an elite squad of anthropomorphic animals and combat enemies in a multitude of challenge rooms as you try and be the first ever team to make it out of that hell hole alive.

If at some point reading that previous paragraph XCOM popped up in your head, you’re in the right frame of mind to understand exactly how Ruin Raiders plays as it’s essentially a grid-based tactical shooter that hinges on shot percentages and how you deal with those in order to win battles.

Your squad is composed of three critters you get to pick from, and depending on their species, you’ll get a different kind of unit. So for instance, if you end up going with a rhino character, they’ll effectively be a more aggressive and resilient squaddie than say a crow, who is much less capable as a head-to-head fighter, but can sneak around much more quickly than anyone else on the field.

Then again, like the E3 preview demo showed, even with a great team composition, you can still get creamed, but you’ll get used to losing since it’s what roguelike games are all about in the end. If you do make it out of the various encounters throughout the Ruin Raiders, you’ll be able to invest currency into upgrading your base and your units, as well as equip them with better weapons that you can also field in chests after battle.

The best thing that Ruin Raiders has going for it has definitely got to be its colorful cast and overall easygoing tone. It’s still essentially a multiple run game like the usual roguelike, but its presentation is friendly enough to welcome coming back and trying again, and thanks to how closely it follows the XCOM formula, you’ll probably want to do so. You wouldn’t want to let shot percentages get the best out of you, right?

Sadly, no release date was given but here’s hoping that Ruin Raiders doesn’t take too long to pop up as I’m itching to get back to the fight. Hmm… maybe I caught some fleas hanging around with these guys! That’s not nice, dudes, try and shower every now and then, come on now!