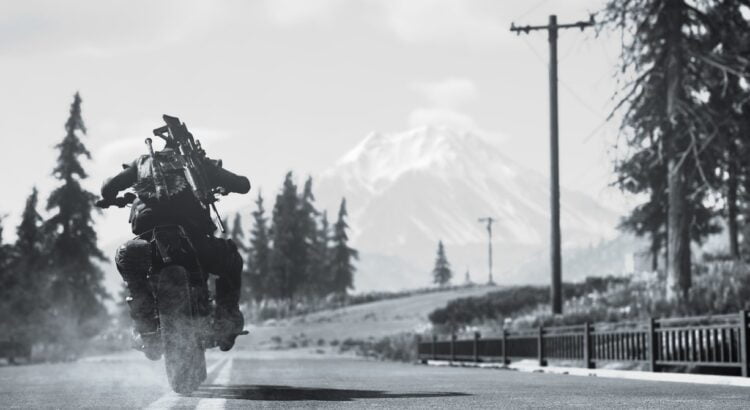 Even though I didn’t really get into Days Gone at all back when I originally reviewed it, I was really impressed with the way Bend Studio went out of their way to make it a more enjoyable experience over the years that followed its release.

And while I haven’t yet gone back to it on PS4 in order to check out those improvements for myself using my previous saved game, the recently released PC port was enough to pop that game back in my radar. It’s surprisingly well optimized at launch, much more than Sony’s previous PC release, Horizon: Zero Dawn, which ran okay for me but eventually saw vast boosts via various patches, for starters.

Then comes the ridiculous speed up to load times that comes with playing it off an SSD. Those playing Days Gone on PlayStation 5 already boasted about how quickly it loaded compared to the snail-slow load times from the previous gen system, and the same can be said on PC, where the game boosts up and is up and running in seconds.

On a modest machine such as mine, with an okay i7 7600k processor, 24 GB DDR3 RAM and a seriously outdated Radeon 970 graphics card, Days Gone performance is absolutely bonkers when compared to other games from the same release window. On high settings, the framerate is silky smooth and everything looks as sharp as I remembered back on PlayStation 4, maybe even more. Sure, cranking things up even higher makes the performance dip as expected, but on the default settings the initial download put my installation in, I was absolutely floored with how playable it is on my computer.

As for the game itself, I’ve put in a few hours in order to see if my initial impressions would remain later on in the campaign, which they did. The huge Freaker hordes that Days Gone is known for didn’t slow my game down one bit, and thanks to the more sizable amount of defensive options now made available, they are way more fun to deal with in game.

In terms of accessibility and customization options, Days Gone is also a home run. We’re talking about a suite of graphical options that any hardware nut unlike myself will have a hoot going over and fiddling with. I for one am happy with the game running on a stable framerate and being instantly plug-and-play with my standard DualShock 4 controller, and Days Gone checks both boxes.
Given the current state of the world with COVID-19 and the hardware shortages caused by it, it’s great to have more options to play games. Next gen consoles are still frustratingly hard to come by even closing in on a full year since launch, so if you haven’t gotten a PlayStation 5 for instance and wanted to give a much better version of Days Gone a shot, the PC version is the next best thing.