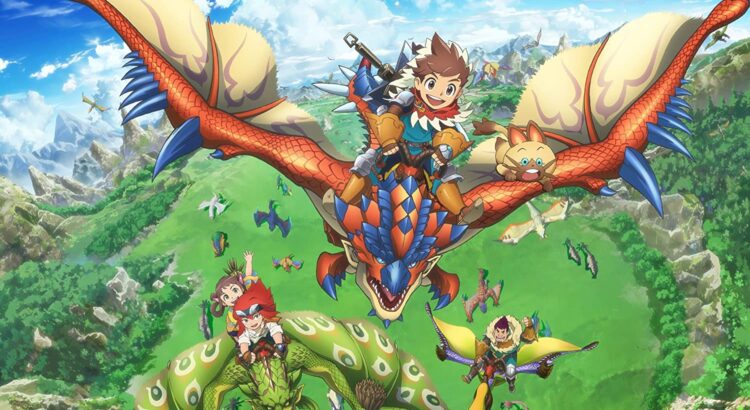 Monster Hunter Stories 2: Wings of Ruin is the latest entry in the Monster Hunter franchise, but it might not be quite what you expect if you’ve been along for the ride for a while. It’s a monster catching turn-based JRPG that’s way more easy going than your usual Monster Hunter. Don’t let its cute visuals fool you, it doesn’t pull any punches when it comes to challenge.

The relative peace has been shaken up when Guardian Ratha suddenly disappears and it’s up to a legendary rider’s grandkid — either a boy or a girl — to get to the bottom of things thanks to the power of their kinship bracelet before the hunters figure out a way to take the beast out themselves.

Kinship is the center theme of Monster Hunter Stories 2 and it’s what drives pretty much every aspect of its story and gameplay. The stronger your kinship level with every one of your monsties (as the game calls the members of your party), the better attacks you can use during combat, as well as boosts to their core stats and useful outside of battle abilities.

Combat takes place in turns, and like your usual JRPG, you have your party of up to four members fighting for you. The core concept is centered around a very rock-paper-scissors like strength and weakness attack type that works relatively well when you’re the one doing the choosing. However, when it comes to your AI-controlled friends, things can get dicey as they tend to make bad choices even after you figure out an enemy’s attack pattern, sometimes complicating otherwise easy encounters.

Then again, the fun that comes with simpler combat mechanics such as this is definitely present in Monster Hunter Stories 2: Wings of Ruin. Even though things can get repetitive quite quickly, you can change your party composition with new monsters as you find and hatch their eggs during exploration, which adds some variety to an otherwise very straightforward part of the game. Plus, hey, they’re really darn cute.

Finding these eggs is also crucial to navigating Monster Hunter Stories 2’s world, as a lot of the traversal is locked behind whether or not you have the right monster skill to get around a specific obstacle, much like the HMs and TMs from Pokémon. Things like jumping or smashing rocks are skills that are native to fan favorite Monster Hunter creatures, and it’s neat getting to befriend them for sure, not to mention riding the darn things around the world.

Behind the colorful façade of Monster Hunter Stories 2 lies a relatively simple progression system than the one seen in your usual Monster Hunter game. You can still gather components in order to craft gear, but armor sets come as single items you wear at once, and farming isn’t nearly as granular and intense as the other entries. And in case you don’t want to bother even doing that, you can trade in bottle caps found all around the world for some pretty good gear from relatively early on in your adventure too.

Hardcore Monster Hunter fans might turn their nose at Monster Hunter Stories 2: Wings of Ruin’s sheer straight to the point approach to gameplay, but what it goes for is done surprisingly well, and folks who find themselves intimidated by the still high barrier of entry to the main entries might find it a good entry point into the series. It’s got basically every trait from what characterizes a Monster Hunter in one easy to digest JRPG formula.