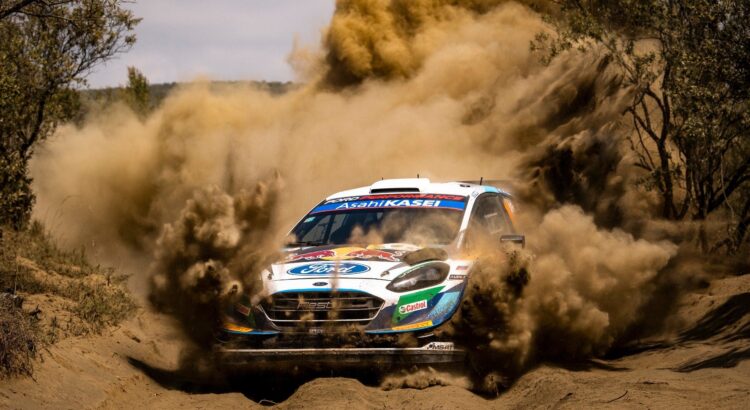 As the World Rally Championship series approaches its 50th anniversary, publisher Nacon and developer KT Racing go for fans’ nostalgia bones with one of if not the best entry in WRC yet. WRC 10 pays respect to the venerable racing category with a plethora of events taking place in key historic moments in the series’ history, not to mention an even better suite of options for the franchise’s now signature career mode.

And this comes at a good time, considering that this is probably going to be one of the last WRC games under the KT Racing banner, as they’re losing the license to the now EA-owned Codemasters team. That’s probably the reason why KT Racing fast-forwarded a year and change and decided to pay homage to WRC’s anniversary, and they’ve done a truly fantastic job with it.

Although tough to more casual players to beat thanks to some inscrutable time stamps, the special anniversary mode is really thorough, sporting off some of the greatest moments in WRC’s long history like the very first event in Greece down to one of my fondest, the 1977 edition of the Monte Carlo Rally, where Lancia made its name with the Stratos. All of these moments are played in order via the menu and feature authentic cars, liveries and track conditions from their respective time periods, which is really neat.

Outside of wringing nostalgia for all it’s worth, WRC 10 also brings back the amazing career mode, and as seen in its two previous entries — we reviewed last year’s WRC 9 and dug it! — it’s still as fun as ever to sit both in the manager and driver seats and getting to decide the ins and outs of a rally crew. It’s perhaps the franchise’s strongest suits and certainly its most unique feature, remaining the most replayable mode by far out of all.

You get to customize your team down to the folks in each section, with progression taking place in both your own driving experience and skills getting better and better with each race, as well as slotting skill points in your team’s ability tree, much like a RPG. At specific points in the calendar, you’ll get to challenge new sponsors’ demands in order to earn new cars and eventually jump up racing categories, but not before earning your stripes down and dirty racing.

Speaking of racing, it’s the tightest it’s ever been in WRC. The driving model in this lies somewhere in the middle of arcade and tirelessly realistic, which is a good mix that makes it enjoyable to get into and master. Even though I would’ve enjoyed a few more options in order to fine tune my driving experience a little better, with more than just a few sliders that WRC 10 provides. Still, after taking the game’s initial skill test, it felt relatively comfortable to drop in and start racing with what it decided were the optimal choices for me when it came to assists and such.

If you end up deciding to take things online, there are a number of options available. By far my favorite were the leaderboard challenges, with daily and weekly tasks to be beat in order to earn valuable points in your profile standing. I always enjoy these sort of revolving online challenges in other types of games, and it’s refreshing to see them making it into a racing game like this. As for actually racing against other living beings, the handful of online-enabled modes are the standard affair and help provide a fun time bumping up against strangers or friends. At the time of this writing, I’ve had a bit of trouble keeping a stable connection with their servers, but when it did work I was able to put my pedal to the metal quite well indeed.

All in all, WRC 10 is yet another solid entry in the series. It’s sad to see that it’s probably going to be one of the last ever, but props to KT Racing and Nacon for going the extra mile to make that goodbye go off with a bang as they do with this game. The historical racing is a joy to behold for sure, and the trademark franchise modes found in WRC 10 make it an extremely worthwhile pickup for rally fans and casual racers alike.