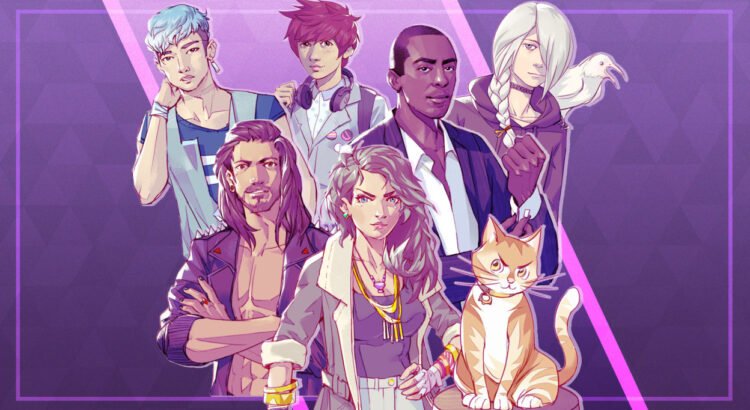 Her name is Valeria. We’ve been going steady for a few weeks now. She’s a funny and incredibly talented artist. Our favorite pastimes are going to galleries and dungeons to fight imaginary monsters based on my personal insecurities. She’s very sharp and we’re quick to dispatch everything in our way. Oh, did I forget to mention my girlfriend can turn into a dagger?

Well, she can, because I’ve been playing Kitfox Games’ Boyfriend Dungeon, a weird dating game hack ‘n slash mashup where you get to know a variety of people who can turn into all kinds of weapons. And don’t worry about the title, although it might be called Boyfriend Dungeon, it’s very LGBTQ+ friendly, and gives you the option to date just about anyone you meet along the way.

As a dungeon crawler, Boyfriend Dungeon isn’t nearly as tight in gameplay as something like Hades, with somewhat loose movement and slow attack speed, but the game makes it up by being slightly easier than others in the genre. That shows that the true emphasis of the game really is its dating aspect, and to that regard it absolutely shines.

The cast of characters in Boyfriend Dungeon is one of the most colorful you’re likely to find in a modern dating game. Valeria is only one of the many people you’ll get to date as you play the game, and even though it might sound weird at first, you’re encouraged to go out with as many weapons as you can, because you’ll want to get your relationship further with them in order to unlock new skills and upgrades to your attacks, which vary from partner to partner.

Overall progression in Boyfriend Dungeon is surprisingly fast, a definite plus in my book when it comes to roguelikes. Levels are contained and are pretty quick to get through as they’re split into floors, culminating in a boss fight every handful of them. The more you use a weapon, the more intimate your relationship becomes with them, which moves their substories along until you hit the cap and really grow your love for eachother. Not to mention that you can give them gifts which you craft using mats dropped by enemies or bought in stores all over Verona Beach via the map screen.

Having that speed in progression makes it easy not to stick with a single weapon for too long, which can be both a good and a bad thing. In Hades, for instance, I tended to jump around weapons until I settled for one that I truly enjoyed wielding, but Boyfriend Dungeon is different in that regard thanks to just how useful it is to switch on the fly between floors. On the other hand, not having that expertise factor with any particular attack set makes the weapon selection in Boyfriend Dungeon feel lacking in depth somewhat.

Then again, it’s the relationships that you carve as you play that are by far the best thing going for Boyfriend Dungeon. As someone who’s had a relatively late blooming when it came to romance, it’s fun to see how fluid your love life can be in this game, and in that regard I can see others feel the same way and even help some folks climb out of their shells. Boyfriend Dungeon is a very fun experiment that makes up for its lack of depth with an engaging dating aspect that is sure to keep you going til the end.