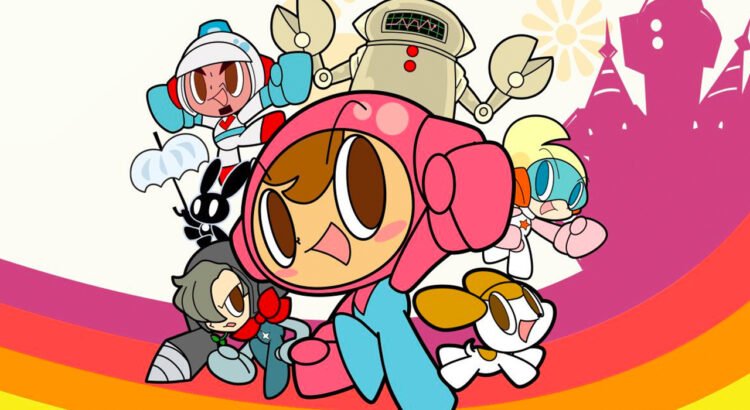 Lately, we got to see a lot of previously region-exclusive games make their way to a wider audience, such as the case of the latest Fatal Frame. In the early 2000s, though, a lot of games were left out of Western players’ hands just because they would be a hassle to localize.

Released in 2002 for the Nintendo GameCube only in Japan, Mr Driller Drill Land is an oft requested Bandai Namco game that finally got ports for PC and the Switch in 2020 and is now being brought over to even more consoles. It’s a celebration of the digger franchise and like Taiko no Tatsujin, it’s hella Japanese.

Mr Driller Drill Land‘s title says it all. Its premise is that a new theme park has been built and Taizo Hori and crew join up to explore all five different digging-themed attractions available. For those that are not up to speed on the Mr. Driller universe, Taizo is the protagonist of the original Dig Dug games, while his son Susumu is the titular Mr. Driller. Together with a handful of other colorful characters, they make up the selection of diggers you can pick from in the game.

Each of them has their own set of strengths and weaknesses that play off extremely well with Mr. Driller Drill Land‘s gameplay loop of having you drill down deeper and deeper while avoiding being crushed, and at the same time finishing off each area’s different set of exclusive objectives.

For instance, Taizo is more suited to more experienced players due to his faster speed and more haphazard playstyle, while, say, Puchi the dog is slower and weaker with the benefit of being able to jump two blocks up instead of the usual one. It makes for lots of varied gameplay options should you choose to make things more challenging once you start getting the hang of things.

There’s something to the Mr Driller games that makes them ridiculously enjoyable to play, which has been a part of the series from the very beginning. It’s a simple concept, digging as deep as you can while keeping yourself alive, but it makes for a fun premise for an arcade experience that’s carried itself into Mr Driller Drill Land. And even though it’s a relatively old game now, considering it came out originally two decades ago, it’s still very fresh and feels great trying to up your scores more and more.

It’s fantastic that we’re now getting to play this game on even more platforms, which similarly to some of the games I have recently reviewed, can fetch outrageous prices online. Now they’re readily available and fairly priced, and in all cases they’re very much worth getting. Mr Driller Drill Land is ever so charming and a blast to play rather you’re by your lonesome or with a buddy or three.