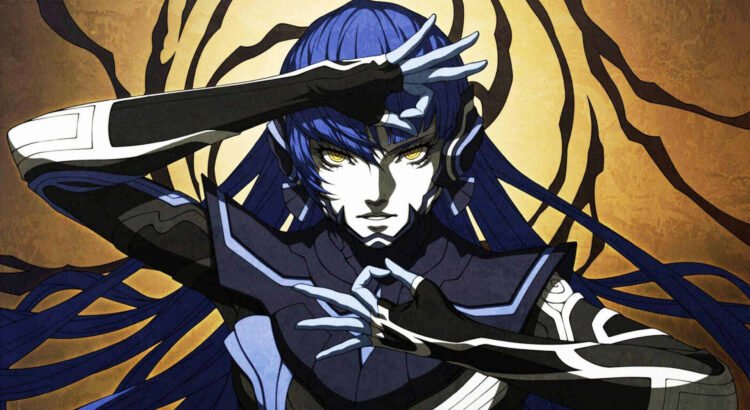 Shin Megami Tensei V is developer Atlus’ first go at a more open-world game, which is even more revolutionary for the Shin Megami Tensei main series if you take into consideration the very linear, dungeon-crawling roots previous entries stuck so close by. Regardless of what your favorite part of Shin Megami Tensei might be, whether it’s its incredibly popular spin-off series, Persona, or any of its other side projects, there’s absolutely no denying that Shin Megami Tensei V is a fantastic J-RPG that’s still very traditional for as modern as some of its additions are.

As with other Shin Megami Tensei games, the fifth entry also takes place in Tokyo, where an unnamed high school student who you take the role of ends up getting transported to a  post-apocalyptic version of the city called Da’at after exploring an apparently haunted tunnel after class. In this reality, the dark forces of evil have apparently won the not-so-eternal struggle against those of Bethel, basically transporting what used to be Tokyo to a separate dimension, turning it into a wasteland haunted by lost demons. And you end up fusing with an all powerful entity, morphing into a Nahobino, a being who can call upon demons to fight alongside them in the ensuing battle to take back Da’at and maybe even save Tokyo from this dire fate.

It’s then that Shin Megami Tensei V opens up, allowing you to freely explore the first of its many maps full of demons to fight and negotiate with, as well as take up side quests and other activities in order to level up, like any other RPG. Like the usual SMT experience, you can also level demons in your party, and fuse them together into continuously tougher allies, but you can only do so if you have the right ones along with you and are high enough level to go through with the fusion, as normal. There are however a few additions that make planning these fusions much more manageable, like being able to get a reverse schematic of the resulting demon, filtering a list by product instead of just ingredients, which helps a whole bunch.

Nahobino is a beast in their own right. A potential Jack of all trades, you can equip them with all manner of spells and protective boosts to suit whatever you need along the way thanks to essences often dropped by demons or found throughout Da’at that give you the ability to tweak the protagonist’s strengths and weaknesses as needed. And best of all, you don’t have to worry about using a particular strong demon’s essence because even those tend to be relatively plentiful. The system is there for you to experiment with and Shin Megami Tensei V rewards you for doing so without having to worry about making mistakes.

On top of essences, there are party wide miracles that can be permanently earned by spending glory points gotten through a few distinct ways while playing. More are unlocked the further you get into the game and are able to clear demon-heavy areas marked on the map. These range from incredibly useful fusion bonuses to making your Magatsuhi meter fill up depending on the situation at hand during battles. That meter can be put to use when full by unleashing nasty turn-wide buffs to your group, like guaranteed criticals, for instance. And to make things more interesting, the enemy can also make use of Magatsuhi, so be careful!

It’s paramount that you go through with fusions as they’ll provide you with a whole assortment of different elemental strengths you’ll need to make use of during battle, coupled with Nahobino’s own. The turn-based combat system in the game follows the familiar SMT formula of magical weaknesses and strengths that can be exploited to your benefit or to your enemy’s. It’s still extremely enjoyable putting together a team and demolishing whatever happens to be in your way by making them immune to attacks and using your foe’s weaknesses against them, but that also brings about a lot of trial and error in case you’re not careful. Shin Megami Tensei V has no qualms about wiping the floor with your and your team members’ faces and throwing you to a game over screen at the drop of a hat.

Then again, there are tools in place to make retreading content less of a pain than in previous games in the series. This being a much more structurally open-ended RPG, there are checkpoints at every new area transition, serving as maintenance hubs with stores where you can buy items at, the aforementioned fusions, as well as being able to save your progression. There’s also a fast travel system being every one of these points, called ley lines in-game. That makes it very quick to get back to where you were when you happened to bite the dust — and trust me, you’ll eat a lot of it, Da’at is a desert after all — or even return to previous areas in order to finish up anything you left behind for later, and there’s quite a bit of that in form of high level special monsters that roam the land in search of easy prey.

But being the hero of the day is not the only path you can take throughout your time in Shin Megami Tensei V as it has you splitting your character progression every so often by providing you with quandaries where you have to take one side over the other, or make the decision that for some might read as you being chaotic or in favor of order. It’s hard to set this as a good versus evil morality system since the world that’s built in this game is so ambiguous in that aspect, making your choices that much more gut-wrenching at times than usual. It also helps shape the way the story goes in some cases, garnering you different results especially in side quests.

Not straying whatsoever for what makes a Shin Megami Tensei, Shin Megami Tensei V is packed full of a wildly varied array of monsters you’re able to broker truces with or completely demolish during the game. Fan favorites like Jack Frost, who’s since its creation has become Atlus’ mascot, make their appearances in this, along with many more, equally rendered with a whole lot of personality. The demons, as usual, come from all manner of myths and folklore from all over the world, and can be researched in the compendium, something that I’ve already spent way too much time doing since starting the game.

This is the first time a Shin Megami Tensei is presented in Unreal engine, and it being a Switch exclusive, that comes with some benefits but also some caveats. It’s an incredibly colorful and busy game, a joy to behold on the quickly aging hardware of Nintendo’s portable wonder, one that limits Shin Megami Tensei V’s performance significantly. There’s hardly a time where it manages to hold a stable framerate, and even then, it chugs when a lot’s happening on screen at once. All that said, it’s been tolerable to me personally, as the prospect and reality of playing a J-RPG of this caliber after so many years of waiting and enduring the hype more than makes up for its less than optimized port.

That said, if there’s ever a chance that this ends up on more powerful hardware, it’ll be able to put on quite a show. Even on Switch it sports a great art style that even with the limitations of the platform manages to feature great looking characters and a fantastical world you’ll want to check every inch out of. I’m also impressed by the high quality of both the English and Japanese voice casts — the default is English, but you can download a free DLC pack on the eShop for the Japanese track at any point —  which help set the dark mood of Shin Megami Tensei V along with the expectedly excellent rocking soundtrack.

If there’s ever an RPG you should own for the Switch, Shin Megami Tensei V is definitely it. Yeah, there’s plenty of competition vying for your attention on the eShop or on store shelves for sure, but if you’re after a traditional J-RPG experience with a flair of more modern features, Atlus has done a terrific job making Shin Megami Tensei V a no-brainer addition to your Switch library. It’s sure to provide you with quite a challenge, and even if a tough time playing isn’t your cup of tea, there are a host of difficulty options to suit just about anyone’s tastes, a most welcome inclusion to Shin Megami Tensei that started with last year’s remaster of Shin Megami Tensei III: Nocturne and should be the norm from now on.