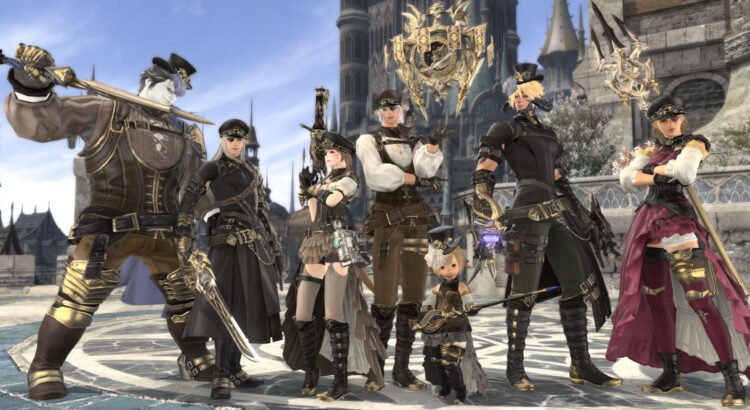 Out of all the MMOs that I’ve played over the years, my favorite has got to be Final Fantasy XIV. I’ve always been a sucker for Final Fantasy to begin with, and having a really good MMO based on it was the kick I needed to get going.

Final Fantasy XIV’s main draw, though, outside of its excellent gameplay is how it deals with its classes and jobs, and how you can just have one character that’s capable of being “everything” in one go and not being forced to roll many “alts” just so you can act out different roles.

But that’s not the only thing going for taking on a whole bunch of jobs in this game. Each happens to have its own unique storyline and quests to mess around with, and they’re all brilliant! Even the less action-oriented jobs under the Disciples of the Land and Hand each have their special storyline to play through as you level up, adding much of an incentive to getting around to them.

During my time playing Final Fantasy XIV‘s newest expansion, Endwalker, I decided to level two new jobs I’d yet to try out before: the brand spanking new Sage, which was just introduced with the expansion, and the Gunbreaker, a tanking-focused class that came along with Shadowbringers.

The Sage was particularly intimidating to start out with since its skill rotations are daunting at first, but after MANY runs through early-level dungeons, I got right in the groove, not to mention that I had an absolute blast with its storyline that’s based on redemption and well, of course, healing, since the Sage is one hell of a healer in the game.

We’re talking about loads and loads of shields being distributed to party members and not just pure healing, a constant mix of offensive abilities that eventually play up everyone’s stats beautifully when used in conjunction with the Sage’s meter buildup. Compared to a class I had previously played years before, the Scholar, the entire concept of Sage felt more compelling to me as a player, but I really want to go back and play the other healers just in case.

As for the Gunbreaker, well, I’m a sucker for trying to play as a tank in MMOs in spite of my relatively high ping due to the fact that I live far from the server station in which my character is stored in the game. Still, I stuck with it and lo and behold, it’s an amazing class to play as, lag notwithstanding. Its far-reaching attacks make for an effective barrage in keeping pulls manageable, and I had a great time learning the later level skills that came in the 80 to 90 range, 90 being the current max level you can achieve in Final Fantasy XIV.

Not to mention the Gunbreaker’s incredible storyline content, too, with a heartbreaking tale of an exile making a go of it after their home was destroyed, and how they eventually came to terms with it. I was floored by the quality of this one in particular and was sad to see it come to a conclusion relatively early on in my leveling. Oh well…

When it came to something less violent to do, I decided to throw down with Goldsmithing, and let me tell you, it’s probably the zanniest of all of the jobs I picked up playing Final Fantasy XIV this time around. It also happens to be one of the oldest jobs in the game, so its story is way longer than the rest of the new additions that came over the years simply because you start it out at level 1.

While I’m still far from max level due to how different it is to level a crafting class when compared to the combat-oriented ones, it’s clear that being a Goldsmith carries a lot of weight when it comes to its importance to the game’s economy. You produce a crap ton of gear left and right, and if you are smart you can make millions of gil quite easily via the in-game auction house.

Its storyline is also a whole lot of fun and at the start, anyway, it’s incredibly silly, featuring a mammet and the Goldsmithing guild master’s constant fights as you learn the trade. I’ve heard that things get a little more involved after a few dozen levels, so I’m curious to see where it’ll all end up going once I’m back to playing Final Fantasy XIV.

Most importantly, though, I really want to see how the beast tribes are going to end up in regards to Endwalker. There’s still no clue of what they’re going to be, so hopefully one of the future patches will include them and open shop up for people like me to level them up. Basically beast tribes are FFXIV’s equivalent of rep grinds in World of WarCraft, with a laundry list of activities to partake in daily, and they’re split between the three Disciple categories within the game.

Previous expansions featured incredible storylines related to their respective beast tribes, my favorite of them being the pixies from Shadowbringers and their surprisingly tragic tale of a dreamscape threatened by lust and jealousy. Some of the best beast tribe rewards come in the form of rideable mounts, and the jobs that have you craft items just happen to provide the most amazing of these mounts, one of which I’m aiming to get down the line with Goldsmithing. It’s a tank and it’s designed by the dwarf tribe that was introduced in the previous expansion. I REALLY want it and will work my butt off to have it, don’t try to talk me out of it!

In the end, there’s a whole lot to do in Final Fantasy XIV, and even if you don’t have it in your heart to raid all the extreme difficulty content or 100% the in-game achievement list, there’s bound to be something up your alley in there somewhere. Jobs and classes just happen to be my jam and it can also be yours if you give it a try.

MMOs tend to be an intimidating affair to people who are not used to engaging with them, but out of all of them, Final Fantasy XIV has proved time and time again to be the friendliest of the bunch, thanks to its community and ease of play. If you’ve yet to give the game as a whole a try, man, there’s no better time than now to do so as it’s brimming with new players thanks to Endwalker, so you’re bound to find a group of people to level up with, or if you’re a loner, there are plenty of opportunities to go solo due to the inclusion of AI-controlled party members for dungeons, a feature which is planned to be patched in to all past content soon.

Now, which job should I start next? Hmm…