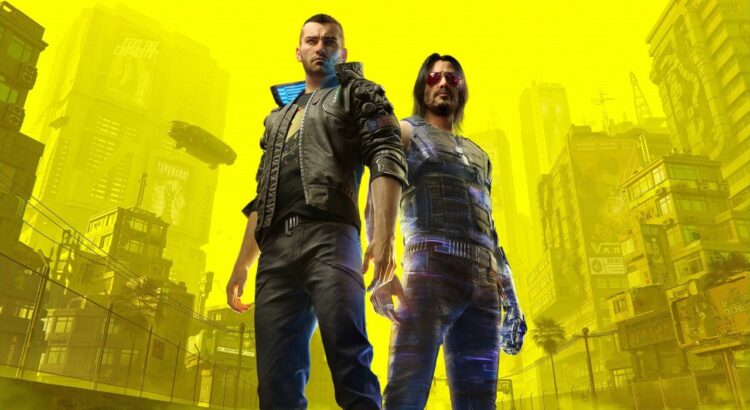 CD Projekt’s Cyberpunk 2077 was 2020’s biggest news story when it came to videogames for all the wrong reasons. After many years of development and numerous delays, not to mention less than ideal working conditions in the studio, the game came out to a tepid critical reception, including ours.

Technical woes left reviewers baffled, most of which happening on both of last gen console versions, with issues ranging from very low frame rates to more serious bugs, like failures in the very core code of the game. It was so bad that for the first time ever, digital storefronts even offered no-questions-asked refunds for players unsatisfied with their purchase, resulting in a public relations nightmare for its developer and publisher, CD Projekt Red.

In the year since its initial release, Cyberpunk 2077 got a number of patches that attempted to alleviate most of the performance woes on older systems, as well as bumping up their newer counterparts’ running it in retro-compatibility mode. It’s been a slow process and as it stands, even though Cyberpunk 2077 on older consoles is doing better, it’s still not ideal.

Last February saw the release of next gen-only versions of Cyberpunk 2077 which were promised to be the very best yet, and they certainly are. Or as much as Cyberpunk 2077 could be, anyway. Ultimately, it’s the technology running the game that keeps holding it back, as well as numerous design decisions that went into its making, something that couldn’t ever be fixed by no number of patches, but a prohibitively expensive rejiggering of Cyberpunk 2077 as a whole.

I’m talking about things that go beyond being merely nitpicks to the way that CD Projekt Red approaches their games. For as gameplay system-heavy Cyberpunk is, it ends up feeling like a mishmash of ideas that doesn’t quite come together. It’s a first-person shooter that’s floaty and imprecise, repetitive and not at all rewarding. Overall movement is slow, lacking the finesse that’s expected from a game that has you performing all of the possible cool futuristic actions that the title proposes.

Being as huge of a fan of The Witcher, especially The Witcher 3: The Wild Hunt as I am, having put literal hundreds of hours into it, I know that some of these problems are inherent from the engine powering CD Projekt Red’s projects, REDengine. The same floatiness reared its ugly head during The Witcher 3, but due to the fact that it plays much more methodically and is more menu-driven during combat, it didn’t quite bother me as much as in Cyberpunk 2077, where the action is way more in my face all the time.

That’s why the recent news that The Witcher 4 is in development and that CD Projekt Red’s ditching their proprietary tech in favor of Epic’s Unreal Engine 5 is particularly exciting. It’s surely not the miracle fix that Cyberpunk 2077 sorely needs, but is one that future games coming from them are sure to hugely benefit from. And if they ever decide to work on another title in the world of Cyberpunk, the possibility that it’ll run and most importantly, feel much better to play is a lot more likely.

Then again, that’s not good news for the game that we have right now, and it’s unfortunate that it’s probably going to stay the way it is. Commercially, Cyberpunk 2077 did extremely well, selling over 14 million copies worldwide, and after all the extra work that has gone into patching the game on top of its already grueling and costly development, it’s unlikely that CD Projekt Red will keep fiddling with it anymore.

The studio’s sight seems to be aimed at the future, which ironically enough lies in the fantastical medieval world of The Witcher and not the sci-fi setting initially created by Mike Podsmith. It’s a shame, really, since Cyberpunk 2077 showed a lot of promise back when I got to see it at E3 on two separate occasions years ago. Even after numerous patches, the version of the game that we got now is not horrible by any means and there’s lots of different ways to play it for sure. Disappointingly, the quirks holding it back are aplenty, making it just an okay game.