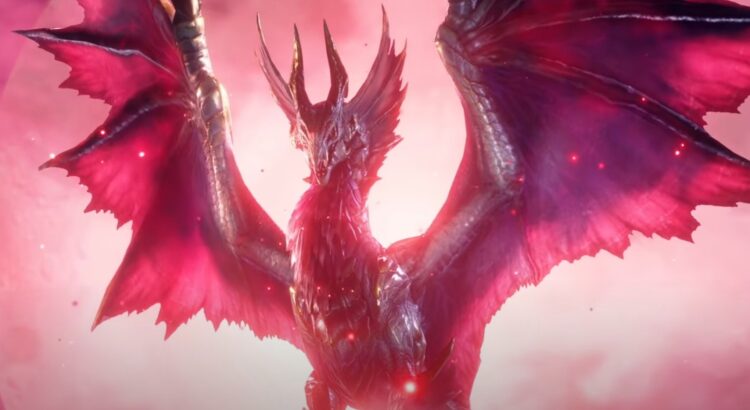 Up to this point I’ve spent thousands of hours playing Monster Hunter in the 12+ years since my initiation with the series through Monster Hunter Tri on the Wii. And with Monster Hunter World changed all of my previous assumptions of Monster Hunter, making huge strides into turning the franchise towards the mainstream, and with its expansion, Iceborne, what was already approachable got even better.

Monster Hunter Rise was revolutionary in the way it borrowed elements of both World/Iceborne and previous portable entries which resulted in what many consider the best entry yet, so it’s not surprising that it didn’t take long at all for an expansion to follow. Although not nearly as groundbreaking as Iceborne was to Monster Hunter World, Sunbreak is a natural evolution of what was established in Monster Hunter Rise, and it will appeal to hunters looking for more challenges after they’re done with Rise’s campaign.

It all starts when monsters from other regions start invading Kamura after the events of Monster Hunter Rise. It’s lucky for the townsfolk that they have capable hunters like us, always ready for the next big thing, and soon enough we’re off on a boat to a new region and plenty of new gargantuan hunts to go after. Monster Hunter was never big on story, and Sunbreak spends little time settling you in before throwing you into the thick of it.

Our journey to the west takes us to Delgato, a port town that’s an amalgam of all the base structures you’ll need in order to keep the core gameplay loop of Monster Hunter Rise going without the need to fast travel. As usual, you’re free to get back to Kamura at any time, but Delgato is built in a way that facilitates getting back from hunts and into new ones so much that once you grow accustomed to its layout, you won’t want to leave.

The overall pacing of the initial hours of Sunbreak does take some getting used to considering it doesn’t immediately let you face off against any of the new monsters right away as you start to chip away at the new Master Rank levels. Instead, for the first few of those you’ll instead have multiple of the old monsters to take care of in missions, for instance, which is par for course for Monster Hunter, but could’ve been handled better this time around.

Once you are settled and have a few MR levels and hours of gameplay under your belt, Sunbreak starts having you go up against a host of fan favorites like Gore Magala, the frenzied sensation from previous entries and deadly horned Espinas. But the roster isn’t limited to mere repeats, though. Taking a cue from Iceborne, Sunbreak introduces subspecies into the mix, new and dangerous flavors of the monsters from the core game, such as Blood Orange Bishaten and Aurora Somnacanth, who are no pushovers sporting deadly skills and vary quite wildly in behavior from their common versions, such as freezing hunters in their tracks with their breath.

Given Capcom’s tradition of offering plenty of post-release content, it’s already been announced that there will be even more old friends coming in for a bout, as well as new ones that are just roaring for a go at having you for dinner. That’s not to say that Sunbreak as of now isn’t a strong serving on its own, but like the core game of Monster Hunter Rise, you should expect to spend a fair amount of time with the expansion as new updates come into play in the months following its release.

You’ll be exploring some of the maps you’ve already seen in Rise with the addition of the Citadel, a new area that combines a few different biomes into a single landmass. It’s a clever design idea that comes into play when fighting monsters as they move from points of the map, offering potential opportunities for hunters to come out on top, such as natural traps and walls to bounce off of.

Veterans to Rise who are looking for something shockingly new in Sunbreak are bound to come out of it disappointed as there’s very little in the way of that this time around. The main inclusion to gameplay was made for Switch Skills as they were somewhat expanded with the ability to have two of them equipped at once and have you change them on the fly, making weapon builds even more dynamic without the need to fly back to camp mid-fight. Along with these are a handful of new Switch Skills and some balance tweaks that also apply to the base content, followed by additional endemic life locations for the old maps, which open up even more possibilities during hunts.

A neat new feature comes in the form of new computer-controlled companions that can be brought with you on specific missions counting as team members. They really pull their weight during hunts, making for a significant incentive for single player hunters, even more so than the core content of Rise with the palamute and palico. Same as the aforementioned partners, you can send your new hunting buddies to missions that can yield useful materials and tools for your ever-expanding arsenal which in their own way will help keep you glued to the game for even more hours to come.

Monster Hunter Rise was an amazingly rewarding time sink, but if you were looking for an even better excuse to keep the hunt going, for as more of the same as an expansion it can be, Sunbreak is still a strong follow-up to the base game. Regardless of which system you are playing it on – for the first time ever for the franchise it’s simultaneously hitting both the Switch and PC with content parity! – your game time is bound to be multiplied without you even noticing.