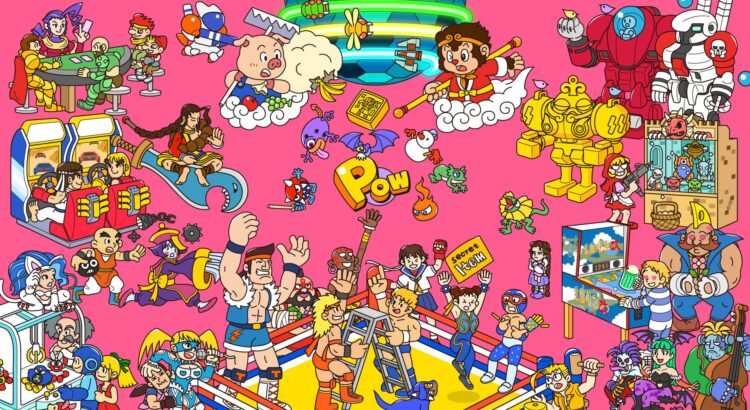 If you’ve been keeping up with the heaps of compilations that Capcom’s been putting out for the last 10 years or so, you’ve amassed quite a variety of arcade gems. Between their recent Capcom Fighting Collection and the number of similar packages released over the years on a variety of platforms, including the first Capcom Arcade Stadium, of course, it’s safe to say that nearly all of their catalog’s seen a re-release in one form of the other.

Capcom Arcade 2nd Stadium presents yet another opportunity for you to enjoy a slice of the company’s vast history in the arcade scene, with over 30 titles ranging in genre and well, replayability. You’ll have access to most of their fighting hits with games like Darkstalkers: The Night Warriors and Street Fighter Alpha 2, classic platformers such as Son Son, and even some shooters in the vein of Gun.Smoke you’ve probably spent way too much time with as a kid at some pizza joint.

It’s a hefty assortment to be sure, one that will have a lot of repeats if you’ve been buying up Capcom’s compilations, but given that this is a more curated selection that amasses a little bit of everything, it’s still well worth the investment. Omissions like a museum section for historical material for the games included and online play do hurt the overall value of Capcom Arcade 2nd Stadium quite a bit. Then again, the host of emulation and accessibility options that include tutorials for each of the games make those pills slightly easier to go down as a single player-oriented experience.

Those include separate profiles for normal console controls like gamepads and more specialized arcade sticks, as well as the usual bevvy of presentation tweaks that include different aspect ratios, screen borders, filters, as well as save states and rewinding for all the titles. And that’s not even mentioning online leaderboards, speedrun mode, and a special challenge mode designed specifically for each game in the stadium.

While I would have loved to see more attention being given to the design docs and concept art material of the classic titles that make up Capcom Arcade 2nd Stadium much in the way my beloved SNK 40th Anniversary Collection did, what we have here still manages to offer enough gameplay additions that help significantly boost the replayability of the catalog. In-game achievements for every title will make those looking to go beyond merely attaining high scores keep on playing, and for the casuals, hey, there’s no beating the sheer amount of variety included in this set. There’s something here for everyone.