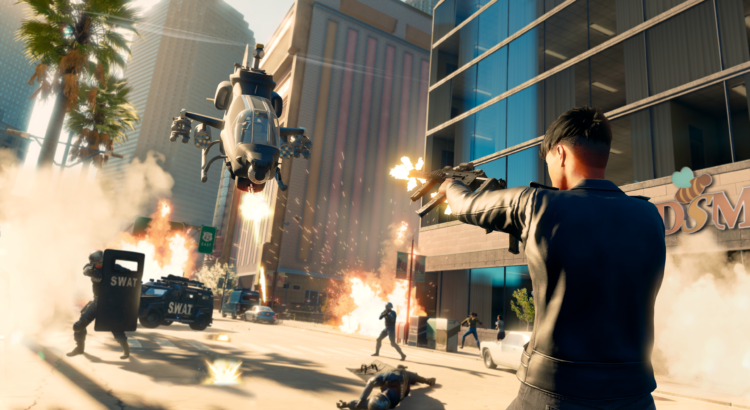 There are things that tend to remain the same no matter how much we would love them to change. In Saints Row’s particular case as a franchise, it took that to heart, threading pretty much the exact same formula right up to its last entry back in 2015 with Saints Row: Gat Out of Hell and 2017’s failure of a spin-off called Agents of Mayhem. With THQ Nordic’s acquisition of Koch Media properties a few years ago – which doesn’t even matter anyway now that they’re all owned by the juggernaut that is Embracer Group – it was deemed it was time for a proper reboot for Steelport’s favorite gang of misfits.

And unsurprisingly, the simply titled Saints Row could very well fit in with the rest of the series in the best and worst ways. It’s an open-world action-adventure game that is a slightly toned-down Saints Row, set in a new city and featuring a different cast of cartoonish characters with a few, if not all, screws loose.

Unfortunately, Saints Row finds itself in an uncomfortable position, and I’m not talking about being in the back of a Volkswagen. Every single aspect of this game feels dated, from the way you pick missions up to the progression of opening up new activities on your in-game world phone, the delivery here is done in a fashion that could’ve been seen as fresh back during the Grand Theft Auto: San Andreas days, but not now.

For a game aimed at simply being entertaining for the sake of quantity, Saints Row works in delivering plenty to do, sure. It ticks the boxes you’d expect to be ticked in a standard open-world game, but without any innovation. You’re able to take odd jobs stealing cargo, jumping out of planes, and doing street races, the sort of activities you’ve done to exhaustion if you’ve played anything in the genre previously, repeatedly.

Even if you are not familiar with the genre, Saints Row is a hard game to stick to due to how bland its overall gameplay is. It’s basically the same deal we’ve been seeing in over 20 years of urban open-world games, a trend that started with Grand Theft Auto III and has been iterated on since then. Saints Row falls somewhere along what came about around that time: it drops a laundry list of activities to do which at first glance looks like a lot of variety missions, only ends up to be incredibly repetitive.

That repetitiveness stems from a series of issues with the gameplay. First and foremost, the combat is presented as a shooting gallery locked-on affair and the different weapons don’t seem to have a whole lot of oomph to them either. Then there’s moving around the world. Driving works well enough, but the navigation in the game is very unreliable, forcing you up a path that’s usually not the ideal one when getting from point A to B.

The cherry on top of the less than excellent cake that playing Saints Row turns out to be is the mind-numbingly awful enemy A.I. For some mysterious reason it makes the opposition turn tail during firefights, making you chase them down during missions that require you to clear off a certain area, so basically most of them at a point. Those, added to some terrible checkpointing and repetitive mission design boil down to unnecessarily drawn out missions that can potentially revert your progress at a whim, problems that honestly have been dealt with long ago with previous open-world games, including the older Saints Row titles.

Technically, the game is also kind of a mess at the moment, with a variety of bugs being reported during the pre-launch. They range from game-breaking, such as the unpleasant moments where it locks up missions and won’t allow them to be completed, to more unintentionally comical ones, like not being able to get out of the car by opening its doors, but only through its windows for some bizarre reason.

The only bit about Saints Row that piqued my interest at least during its initial hours was what passes for its story, which I hoped would be enough to carry me through the rest of the game. It’s self-referential and bonkers enough, done in a witty manner that would’ve worked as a premise building a new Saints Row universe from scratch if the rest of the game wasn’t as plodding as it is.

I did enjoy what I got to see of the characters that make up your new Saints crew, for as ridiculously all over the place as their personalities are. At the start of Saints Row, you’re already an established group of friends that had no business being as tight as they are, with the protagonist initially being cog in a paramilitary group’s machine and the rest individual members of each of the ruling gangs in town, all unhappy with how things are run and wanting to make something for themselves.

It’s a silly setup and a tinsy bit more grounded and held back than usual Saints Row, but the idea of putting together a new crew would’ve made for an otherwise tremendous game. Sadly, Saints Row is a halfway reinvention at best, one that both fans and newcomers to the franchise are likely to be bored with due to how repetitive and by-the-numbers it turns out to be.