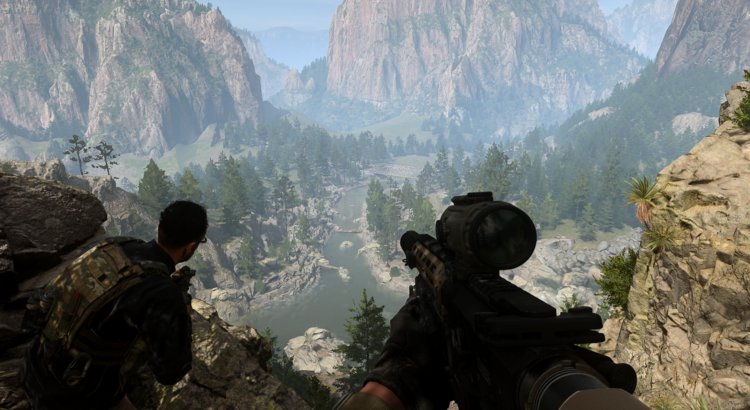 It’s a critical moment in the history of the Call of Duty juggernaut for a host of reasons. Last year’s entry, Vanguard, was received indifferently by the established fanbase. Next year, there may not be a new game, even though it will mark the series’ 20th anniversary. Controversy continues to swirl around publisher Activision Blizzard, embroiled in enduring accusations of harassment and union-busting. On top of all of this, Microsoft’s massive $68.7 billion takeover of the company is under scrutiny by regulators, including the UK’s Competition and Markets Authority (CMA). Into this context arrives Modern Warfare II, the series’ 19th installment.

Call of Duty could use a surefire hit, and is very likely to get one. Development studio Infinity Ward, who originated the series back in 2003, are back on duty and this is a successor to their first well-liked Modern Warfare reboot from 2019. Together with several support studios and a vast budget, IW have delivered a compelling if conservative campaign, and another addictive multiplayer portion. Despite some early griping from picky hardcore fans and pro players, Modern Warfare II is sure to make mountains of money – and largely, with good reason.

On the single-player front, the new campaign is a fairly direct continuation to the 2019 story. A few years have passed, and the multinational Task Force 141 is fully operational. The main playable characters are Kyle “Gaz” Garrick and John “Soap” MacTavish, while returning allies include CIA agent Kate Laswell, the masked Simon “Ghost” Riley, the inimitable Captain Price, and – briefly – Urzikstani freedom fighter Farah Karim. The mission this time is to hunt down a trio of ballistic missiles before they can be deployed against the United States. The two clearest inspirations are the January 2020 assassination of Qasem Suleimani, and the Sicario movies – around half of Modern Warfare II is set in Mexico.

As ever, the graphics and sound are superb, the breathless cinematic set pieces are expertly choreographed, and the shooting is nigh-on perfect. The usual trade off persists, in that player freedom is severely limited. While the campaign frequently introduces new ideas, these are almost always dumped after a single mission. These include disposable armour plates, using CCTV to help guide Ghost to evade enemies, and even a simple crafting system. Similarly, opportunities to make real decisions do occur, but all too infrequently.

One real strength this time around is the palpable sense of camaraderie between the characters. Soap and Ghost, for example, have a very likeable friendship shot through with very authentically British hardman dialogue. The Mexico-set missions are among the game’s best partly due to the introduction of Special Forces Colonel Alejandro Vargas, a great addition. His local knowledge, tactical skill and especially his fierce loyalty to his men makes him a truly engaging presence. Hopefully, he’ll be back. Significantly, human loyalty is as large a motivator for the characters as the high-stakes national security crisis itself.

Two of the later missions which feature Vargas prominently are particularly memorable, set in a cartel prison and a Special Forces base. These have some furious gunfights in tight quarters, and set up an exciting twist in the plot. The standout mission, though, is probably “Alone”. This sees Soap wounded and isolated in enemy turf, with only that crafting system and Ghost’s support over the radio to see him through. It’s a little clunky in parts, but tremendously tense in others. While in Gaz’s boots, the highlights are some dockside stealth in Amsterdam, and hanging upside down from a helicopter during the brief foray in Urzikstan.

The Call of Duty multiplayer experience has long since been honed almost to the status of an art and that remains true of Modern Warfare II. The various modes are grouped into two classes: the intimate 6v6 brawls of the “core” modes and the expansive “battle” modes which ramp up to 32v32. The truly new elements are relatively slight. In a series first, aquatic action is possible – players can swim, and use boats in the battle modes. Few maps have any bodies of water, though, and players are extremely vulnerable when traveling in a boat which limits the appeal. The new Invasion mode is interesting – essentially a giant-size team deathmatch, in which teams of 20 players are each supported by 20 AI bots for a great sense of scale. Notably, the interesting “combat pacing” feature introduced in Vanguard, which allowed tweaked player counts across modes, has not made a return.

Possibly the best inclusion are the two new 6v6 modes, hostage rescue and knockout. These, together with the demolition mode, arguably represent a continued push to poach on Counter Strike’s turf. The difference is that players can revive downed teammates, which adds an extra tactical twist. The reward of having another soldier in the field must be balanced against the risk of getting shot to pieces while helping them up.

This year the weapon unlock system has been somewhat streamlined in response to complaints that players were having to grind to acquire the same attachments for different guns. Modern Warfare II is almost constantly rewarding players with new gear, killstreak weapons, ranks, and much else besides – it’s a system expertly designed to keep people coming back, and it works. The combination of the rewards pipeline with the wonderfully crisp Call of Duty shooting experience makes multiplayer Modern Warfare II a very addictive experience – even without the free to play Warzone 2.0, which is still to come.

As a package, Call of Duty: Modern Warfare II does not reinvent the wheel. After 19 entries, billions in revenue, and almost 20 years, this is a wheel that almost actively resists reinvention. Its campaign and to some extent multiplayer may be conservative in their design, but they are also industry standard in terms of technical accomplishment and in the quality of the core mechanic, the shooting. If the series is ever to really push the envelope, it will surely have to afford players more agency and choice, but there is little impetus for that right now. As things stand, this entry and the additions still to come will easily keep the faithful going until 2024.