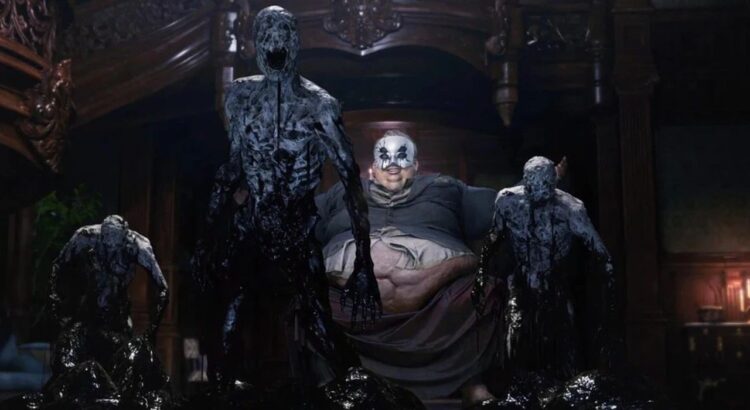 With the Winters’ Expansion, Resident Evil Village finally gets its Gold Edition, which similarly to Resident Evil 7’s, adds a host of new features to the core Village experience. Chief among them is a direct follow-up to Resident Evil Village, in the form of a bonus mode called Shadows of Rose. It’s an entirely new chapter that takes place directly after the post-credits reveal of Mia and Ethan’s baby daughter Rose, now a teenager, having survived the chaotic events in Romania.

Shadows of Rose opens pretty much straight after the reveal of grown up Rose, with her meeting with agent K in a park, where their conversation eventually leads them to a lab where the remains of Miranda, the big baddie from Village, are stored. Apparently, by mentally linking to the mold that’s behind all the horrible things that happened in both Resident Evil 7 and Resident Evil Village, Rose might be able to access the necessary knowledge to get rid of the powers that she so desperately abhors.

Upon doing so, she wakes up in a twisted version of Castle Dimitrescu, now taken over by the Duke, who has apparently spent the last sixteen years putting together quite an impressive army of his own, full of a new type of face-eating mold minions. A mysterious entity that presents itself through scrawled text on walls and in thin air is apparently set on guiding Rose in this wild ride in order to answer, among many questions, just why the hell there are so many dead bodies all around that look just like her.

This bonus story mode also marks the introduction of third-person mode to Resident Evil Village. Often requested by fans, it’s also brought over to the main game and can be switched back and forth at any time, but in Shadows of Rose, that’s bafflingly not the case.

Third-person works well when it comes to exploring the richly detailed world of the game surely, but it’s very cumbersome in combat since Rose isn’t very nimble to begin with. And it really goes against the established ambiance that’s developed with first-person in mind and works so well in the first place.

Throughout the three to four hours that it takes to finish Shadows of Rose, Ms. Winters gains a few new powers that allow her to manipulate the environment and to a lesser degree the enemies she comes across. These abilities open new avenues to explore the map, and also allow her to counter enemy attacks.

Powers have their own meter which can be filled by procuring and using a new herbal pickup. I would say to use powers wisely because of that, but there’s a bunch of those all over the place. Same goes for ammo and the items that you need to craft items, making this count way less of a survival horror experience in the mold of more modern RE games.

The new bonus mode’s style of progression throws you in the deep end at first, having to deal with whatever new obstacle there is to be surpassed without the necessary ability for you to then attain it a little while later. It works much the same way the base game did, where Ethan had to scour the village for keys and additional traversing tools and weapons.

That’s the general rhythm throughout Shadows of Rose, one of gradually giving you more breathing room to leisurely explore small slices of areas you’re very likely familiar with after finishing Resident Evil Village main campaign. There’s plenty of combat, and in the same way as both of the first-person romps that came before, that’s easily the weakest part of the experience.

The best aspect of the game, by far, and as usual, is the sheer atmosphere of the brilliant environment design crafted by Capcom. Albeit more confined and straightforward, they are still excellently presented, and are as creepy as they were the first time around in Resident Evil Village proper.

While I would’ve appreciated having the choice to play it in first-person, I can safely say that Shadows of Rose is worth a play for those who, like me, were wondering what that post-credits scene was all about. Admittedly, it isn’t nearly a must-see piece of content as the little side adventures featuring the lovable Bakers in Resident Evil 7, it’s a great excuse to go back and check out some of the areas that were by far the moodiest in Resident Evil Village under a different scope, and whether you end up liking it or not, an entirely new viewpoint.

Resident Evil VII Gold Edition alongside the Winters’ Expansion and Shadows of Rose, also includes new characters to play as in Mercenaries Mode with Additional Orders. BSAA and STAAAAAAARS alumni Chris Redfield, Countess Dimitrescu and Lord Heisenberg join the cast, bringing their unique and freakish powers into the mix. And for owners of Resident Evil Village Vanilla – and obviously, Gold Edition – the much delayed 6-player adversarial multiplayer game Re:Verse is finally hitting PlayStation 4, Xbox One and PC with cross-play.