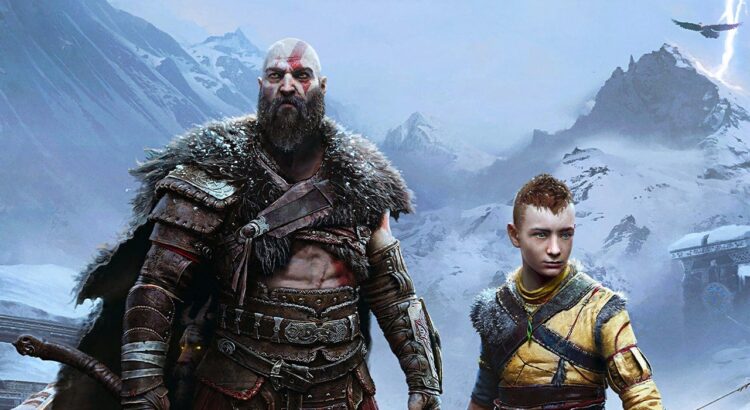 2018’s God of War was an astounding reinvention for a franchise that was pretty much dead after a less than stellar entry years before. It was my favorite game of the year for good reason: it had a little of everything, but it didn’t go overboard. Once it was over, I felt like I had as much as I could take, and even though there was a cliffhanger, I knew it would be worth waiting for a sequel.

God of War Ragnarok took four long years to come out, and that’s given me enough time to grow my expectations. It’s the reason I got a PlayStation 5 in the first place, for crying out loud. And now, having played it for well over thirty hours, I can safely say that it’s fallen below what I was hoping for in a sequel for my most loved 2018 game.

Then again, maybe it’s my own fault for expecting so much out of it. After all, it’s also got everything going for it, much like its predecessor. But does having it all truly guarantee success in a game? Isn’t a great one supposed to be more than a mere sum of its parts, even if they are all mostly fantastic on their own? In God of War Ragnarok’s case, it’s definitely the case.

For one, it’s a goddamn gorgeous game, easily one of the best looking I’ve played all year. That’s quite a tall order since Sony’s own Horizon: Forbidden West came out in 2022 as well, and that’s one hell of a looker too. The team at Sony Santa Monica really outdid themselves this time around, delivering a game that manages to be absolutely brilliant visually on both PlayStation 4 and 5 alike.

Character models are some of the most detailed and well animated I’ve gotten to see so far on current gen, which is saying a lot considering that God of War 2018 already had some of that going on back then. Kratos himself is a standout for obvious reasons, but the new inclusions to the cast like Thor and Odin are also amazing designs that help make Ragnarok a show piece for what can be pumped out of Sony’s console.

Gameplay-wise, this is a clear continuation of what came before it in God of War. The combat is even more in-depth this time around thanks to new abilities available to both Kratos and Atreus, the latter of which has clearly gotten the most attention when it comes to variety in the form of new elemental arrows and specific skills that have earned him a skill tree as big as his dad’s. And that’s for good reason, after all you do get to play as someone other than the big Spartan man in God of War Ragnarok.

But perhaps the most anticipated element of the game, its story, manages to be the best thing going for it. Even though it takes place years after the events of the 2018 game, it’s a straight sequel. After the revelation that Atreus is indeed Loki and having killed Baldur, the duo now face the coming of Ragnarok, signaling the curtain call for the world. They also happen to get ahold of Asgard’s big wigs’ attention, who vie for Atreus’ good graces going against Kratos’ own wishes for just being left the hell alone.

That on its own sets up a conflict between father and son, since after all the wars and killing that Kratos has witnessed and committed in his life, keeping Atreus alive takes top priority, but that suddenly becomes a whole lot harder once his kid is A) an angsty teen and B) is now developing new and chaotic set of powers. You can imagine how bad things can get based on their struggling relationship in the first game, where if you are anything like me, you probably wished you could just strangle Atreus and be done with it. He’s now ten times more annoying, and lo and behold, you get to play as him for a large chunk of the adventure.

And that’s where the break-off point comes into play in regards to God of War Ragnarok: its pacing. Sony games are known for having not the best track record when it comes to keeping their focus on the story if there’s padding to be added in between for good measure. Ragnarok is full of curves in the road when it should just keep going forward at times, even when the urgency of the current point in the story clearly dictates it. It’s longer than it should be just for the sake of it, really.

That wouldn’t necessarily be that big of a problem if the overall quality of those turns kept up all throughout the game, but those are exactly the spots where the lack of cohesion rears its head when narrative reasoning comes in. If we’re in such a hurry, say, to go help a particular group fend off an incoming attack that’s bound to come in at any time, why are we turning back to check off a list of side quests in an entirely different plane of existence? That’s merely one of many examples, and funnily enough, in most, the dialog even seems to notice how the game gets out of hand by making jokes about it.

It’s a weird way to carry along your playtime for sure, and one of the main reasons it’s taking me so long to finish God of War Ragnarok. It’s not a matter of keeping me interested in its story, engaged by its gameplay or even looking forward to what crazy new environment I’ll get to explore next, but rather the lack of focus and the disregard for my time that the game clearly has. A different feeling to be had for such an eagerly anticipated experience, for it to just get to the point and for me to be done with it, but such is the case with Ragnarok.

God of War Ragnarok isn’t one of those games I want to chip away at for months like Final Fantasy XIV or the like, quite the opposite. It’s something that the more time I take to finish it, the less I want to come back to it. I want to see it through to the end, but the more it pulls me away from the story in order to fluff in more content, the less I’m invested in getting to the end. Even knowing that, yes, it’ll get there eventually, I don’t want to spend much longer than I already have in order to get there.

If it weren’t for that excess in fat, if it were to be trimmed and kept to a lesser amount than there is in the final product, God of War Ragnarok would’ve been quite a contender for me as yet another game of the year. I’m overjoyed seeing beloved characters from the first game coming back for a resolution in this, and the new cast is equally awesome for sure. Kratos for one – who was as blank of a slate as he could be prior to 2018’s game – is surprisingly even more relatable and emotive this time around.

In sum, God of War Ragnarok is the perfect case of a game that’s impeccably designed in all aspects of its presentation and writing, that still fails to have the necessary focus and drive to keep me engaged. It’s unnecessarily long and drags too much to hold my attention like the original game did. And it’s a shame, because there’s surely plenty to be enjoyed all throughout it, and I’m positively ecstatic to get more of the excellent setting that started four years ago. But having to wade through so much to get to that is driving me absolutely nuts!

6 thoughts to “Review: God of War Ragnarok is too much”