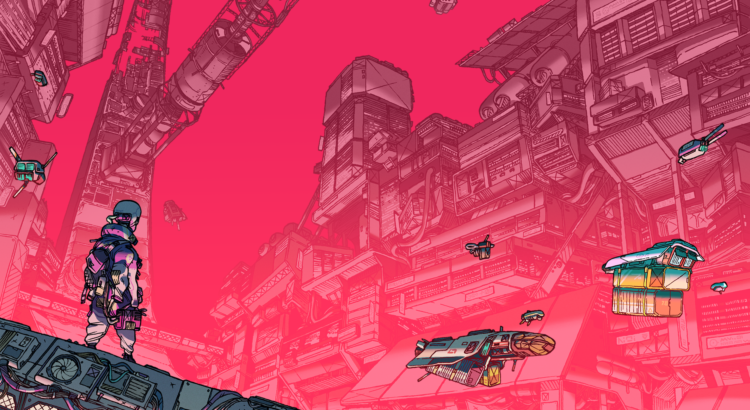 2022 has been the definition of a fantastic year for videogames, a complete 180 from the chaos that the world as a whole went through with the lingering effects of the pandemic. However, COVID-19 did not deter developers, and some of the best games to come out have been entirely developed during these trying times, a true achievement for all those involved in their making. With that in mind, the staff decided to do something different this time, and we have all chipped in our favorite games that we played in 2022, holding a vote in order to find out the very best of them in order to award them.

So, without further rambling, here are Entertainium’s top games of 2022!

Sniper Elite 5
With Sniper Elite 5, Rebellion have continued to iterate on a series they’ve been working on for 17 years. At this point, they’ve got the Sniper Elite formula honed almost to perfection. With beautiful and expansive mission settings in 1944 France, SE5 isn’t just a superb sniping simulator. It’s also one of the best stealth games in years. Crucially, it is a great value product. There is a long and replayable campaign, full co-op, a survival mode, competitive multiplayer, and a brilliantly tense invasion feature. Rebellion have done all of this as a fully independent company, self-publishing their own game and using their own proprietary technology. That’s a rare thing in 2022, and deserves to be celebrated.
– Andy

A Plague Tale: Requiem
It’s easy to mark this as a safe sequel, after all the premise of the original game, Innocence, was already quite good, but Asobo managed to go beyond merely following up on what happened before and just phone it in. Everything in Requiem is a step above it, most importantly in terms of character development. Loving every second I’m getting to spend with the two protagonists as they get further and further into more dangerous situations. Technically, it’s also a masterpiece that’s even more impressive due the fact that the entire technology behind it is proprietary to Asobo. It looks awesome and positively gross!
– Eduardo

Norco
Few games embody a sense of place better than Norco. The way it deftly establishes and communicates the mountains of history this city has and the weight of the many hardships thrust upon it and its citizens is impeccable. I wouldn’t say that good writing is a rarity in videogames, but Norco‘s writing is some fucking Writing on a level few games achieve.

Much in the way Elden Ring hooked me in, Xenoblade Chronicles 3 also has me going due to its scope, but in a way it’s doing so in a much more gripping manner thanks to its incredible, amazing story with some of the best characters I’ve got to interact with this year. It’s something to behold, really. The combat is also a whole lot of fun, and even though I’m not finished with it yet, this is one I’ll keep coming back to when I have time so I can chip away at it.

#2: This couldn’t be more opposite of a tie even if we tried!

Citizen Sleeper
When I think about Citizen Sleeper, the parts that come to mind are the small, quiet moments. Swapping stories over a meal with the chef of a food stand. Celebrating the successful repair of a still at the bar a friend of yours runs. Finally finishing repairs on an abandoned apartment, allowing you to move into a space of your own. It’s a game full of triumphant and exciting moments, but one that is consistently at its best in the more mundane scenes. It’s a game full of many wonderful moments of community, of finding a place to belong. In a year full of incredible stories in videogames, Citizen Sleeper‘s is one that continues to stay at the forefront of my mind.

What a game Elden Ring is. It’s crazy to think we’re in December but this one is still fresh on everyone’s mind. Sure, it’s more of the same when it comes to all the Souslike trappings in combat and character building, but what’s most impressive about it is its scope. It’s simply huge and there’s so much to do right away when you start it’s very daunting to be sure. Then again, that absurd amount of content does result in a bit of reused material, especially some from other From games, but the overall package is amazing and I was positively floored by it overall.

Immortality
Video games and movies in many ways have always overlapped, going back to the 1990s FMV boom. Immortality is a video game which absolutely loves movies and the making of movies in particular; the nitty-gritty details of casting, read throughs, rehearsals and then filming. Indeed, it loves movies so much, it created three separate ones of its own, from scratch.

If it was possible to nominate Immortality for the “best film” of 2022, it would probably deserve that title as well. However, the interactive element of the player is central to your experience, so it is definitely a game at the end of the day. As an evolution of Sam Barlow’s Her Story, the amount of technical skill that has gone into crafting this experience is almost unparalleled.

Immortality has created three separate motion pictures, from 3 separate eras of movie-making (late 1960s, early 1970s and late 1990s), and chopped them up into individual, unedited scenes including clapper boards and the directors yelling cut. It is your task to reassemble these films piece by piece, scene by scene, through clicking on items in each scene to initiate a “jump cut” to a random other scene with a similar item. For example if you click on an actor’s face, you’ll be jumped to other scenes featuring that actor; click on a piece of fruit, and you should be warped to another scene featuring fruit.

Immortality has potentially the most multilayered narrative I’ve ever experienced; not only trying to work out the plots of the individual films, but also following the story of the principal actors and crew, and then furthermore exploring a third hidden narrative. It is this hidden narrative that I don’t wish to spoil which really upends what the entire game is about on the surface, and has very heavy David Lynch-inspired overtones. Immortality left me feeling bewildered, awed and unnerved and for that, I love it.