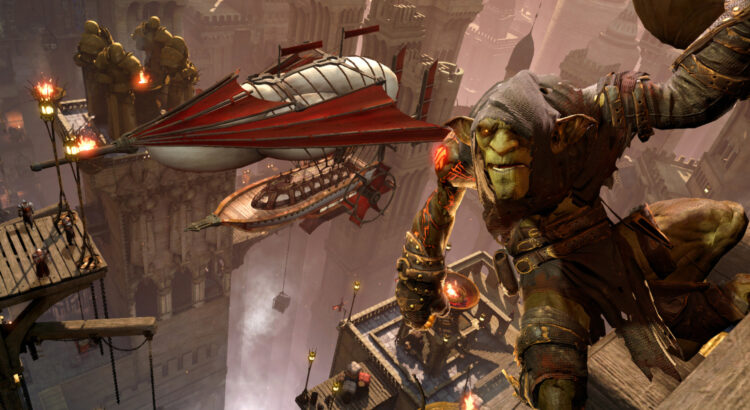 Happily, I can say that 2022 has easily been one of the best years of gaming that I can remember. Now having a formidable PC, and a steady stream of games to feed it with, has paid dividends over the last twelve months. This year has been a strong one for new releases, and I’ve covered excellent games at indie, “AA”, and blockbuster scales. As usual I’ve played few of the year’s most-hyped releases, but can strongly recommend five games that you might have missed while playing Elden Ring.

I’ve played fewer old classics this year than I normally would have done, but I’ve also selected five games from 2013 to 2020 which I originally missed at the time.

Sniper Elite 5
At the start of 2022, Rebellion’s fifth sniper’s paradise was barely even on my radar. But shortly after I stepped back into Karl Fairburne’s boots in May, it was clear that Sniper Elite 5 would be my game of the year. Seventeen17 years of gradual improvement have led to a fantastic adventure in sniping and stealth across huge, beautiful environments in 1944 France. It is a generous package, stuffed with missions and modes and equally as strong online as it is solo. The superbly tense invasion mode provided me with some of my most memorable gaming moments of the year, and is a significant step forwards for a compelling series.

Sniper Elite 5 was developed and self-published by Rebellion – what’s more, it was built with their own in-house Asura engine. To deliver such a polished and accomplished game at this scale, as a fully independent company, is a fantastic achievement and one worth celebrating.

French developers Sloclap turned some heads back in 2017 with their first game Absolver, but it is with this year’s Sifu that they truly arrived. This supremely stylish, challenging, and absorbing third-person action feels unlike anything else. We’ve seen martial arts in games many times before, but never like this. Sifu delivers absolutely electrifying fights, set in a wonderfully stylised version of contemporary China. Particularly at release, Sloclap made high demands of players but rewarded them with a real sense of achievement. Updates over the course of the year have added a raft of difficulty options, but the original hard road to mastery is still there for those willing to take it on.

As I’ve commented with near-disbelief many times, Polish developer Flying Wild Hog released not one, or two, but three games in 2022. The last of them, Evil West, reached us in November. It is a blissfully straightforward third-person action game, just like developers used to make. In a year packed with Western-themed games, Flying Wild Hog stood out by aiming for pure fun factor. Smashing through hordes of vampires and assorted blood-sucking creatures is a thrill from start to finish in Evil West, thanks to the carefully calibrated combat, superb enemy designs, and varied settings. It is a perfect antidote to the open world quagmire that this genre can become.

Shadow Warrior 3
It’s fair to say that Flying Wild Hog thoroughly won me over this year, as their March release Shadow Warrior 3 is another of my favourites. For this shooter sequel, the developers took a bold and risky path – they ruthlessly streamlined their formula. Compared to the somewhat confused Shadow Warrior 2, Lo Wang’s third outing is direct and uncompromising. The movement is fantastic, the guns feel just right, and again the enemy design is on point. It may not be a long game, but Shadow Warrior 3 is a full-pelt rollercoaster ride from beginning to end, and arguably the best pure FPS experience since Doom Eternal.

Cultic
If Shadow Warrior 3 is the best flag-bearer for (relatively) big-budget shooters this year, then Cultic is its indie counterpart. Largely the work of just one person, this old-school shooter is one of the very best games of its type that money can buy. At first glance, it is merely a great riff on Blood but gradually, it becomes something more. Jason Smith’s understanding of what makes a “boomer shooter” tick is almost peerless, and the game provides level after level of brooding settings and splattery action. In an extremely crowded field, Smith’s work stands out alongside the likes of Dusk, Ion Fury, and Amid Evil – and that’s high praise.

Sunday Gold did the seemingly impossible this year – cause me to (mostly) enjoy a point-and-click adventure game. I feel like Gotham Knights got a bad rap – it has an ugly live service legacy attached to it, but much of the gameplay is sound and the open world is excellent. Call of Duty: Modern Warfare II is a rock-solid entry in the series, and its multiplayer has eaten up a lot of my hours in 2022. Lastly, Need for Speed Unbound crept off the starting line without much fanfare, but is a great racing game and easily one of the best in the series for years.

I had such high hopes for Weird West. I wasn’t the only one, and many reviewers received the game warmly. To me though, it is a cautionary tale about what a mess you can end up with when you try to accomplish too much. The first game from WolfEye Studios is a confused jumble of half-baked systems, which never adds up to much. The ropey companion AI may be its biggest shortcoming, especially when it reduces previous incarnations of your own player character into useless liabilities.

Over the years, the transformations of id Software have been fascinating to watch. In their original ‘90s heyday, they were without equal but then spent years living in Valve’s shadow. Doom (2016) was a welcome return to form, but its sequel has put them back on top of the pile. Forget the nonsensical story – the writers disappeared up their own demonic portal here – and focus instead on the blisteringly fast and aggressive gameplay. Doom Eternal looks incredible and plays even better, like a heavy metal album cover roaring to life. It’s not in any way clear how such a bravura shooter can be topped, but if anyone can do it, it’s id Software.

The single-player portions of multiplayer shooters tend to be underwhelming. Back in the day, Quake III Arena and Unreal Tournament offered only a string of deathmatches with bots. Titanfall 2 is something very different. It may be brief, but this is a startlingly bold and ambitious FPS campaign and easily one of the best of recent years. By combining wonderfully slick movement, stellar level design, and mind-bending sci-fi ideas, Respawn Entertainment struck gold. Titanfall 2 may have one of the blandest protagonists of all time, but it has an extremely cool mech-robot companion which can stomp evil space marines into raspberry jam – and that counts for a lot.

Metro: Last Light (2013)
If you go down to the Metro today, you won’t be in for a big surprise – because this sequel is a straightforward continuation of Metro 2033. It is, however, another superbly made shooter which perfectly captures and exploits the claustrophobia of Moscow’s post-nuclear underground. With this second instalment, 4A Games didn’t reinvent the wheel but instead improved on every aspect of the original. Exploring the Metro is consistently gripping, and for my money these are still some of the most compelling decayed environments you can see in a game. The game’s various DLCs are also worth exploring, as 4A used them to experiment in various ways. I’m eager to catch up with Metro Exodus in 2023.

Rise of the Tomb Raider (2015)
At the moment, Crystal Dynamics are hard at work on a new Tomb Raider game – one which will likely be technically impressive, as it is being built on Unreal Engine 5. In the meantime, I caught up with their previous entry in the series. Rise of the Tomb Raider is  a little too long and sprawling for me, but is a wonderfully dynamic and polished Lara Croft adventure. The game looks spectacular even seven years on, and moving our aristocratic heroine around these spaces is a pleasure. While Crystal Dynamics haven’t yet been able to tell a truly engaging story within this framework, Rise is still a thrilling experience.

Styx: Master of Shadows (2014)
Third-person stealth games are a genre close to my heart, and Styx stole that heart earlier this year. Developed in France by Cyanide Studio, this prequel to the obscure RPG Of Orcs and Men has won a cult reputation with stealth fans. Styx himself is a fantastic anti-hero, a grubby and mercenary goblin with a nihilistic streak a mile wide. Unusually for a stealth game, this one has just one setting: a massive, floating fortress called the Tower of Akenash. Exploring it on a mission of greed, Styx learns more about a quite unique fantasy setting in which humans are the cruel overlords of the world. Happily, I still have the 2017 sequel Shards of Darkness to play.