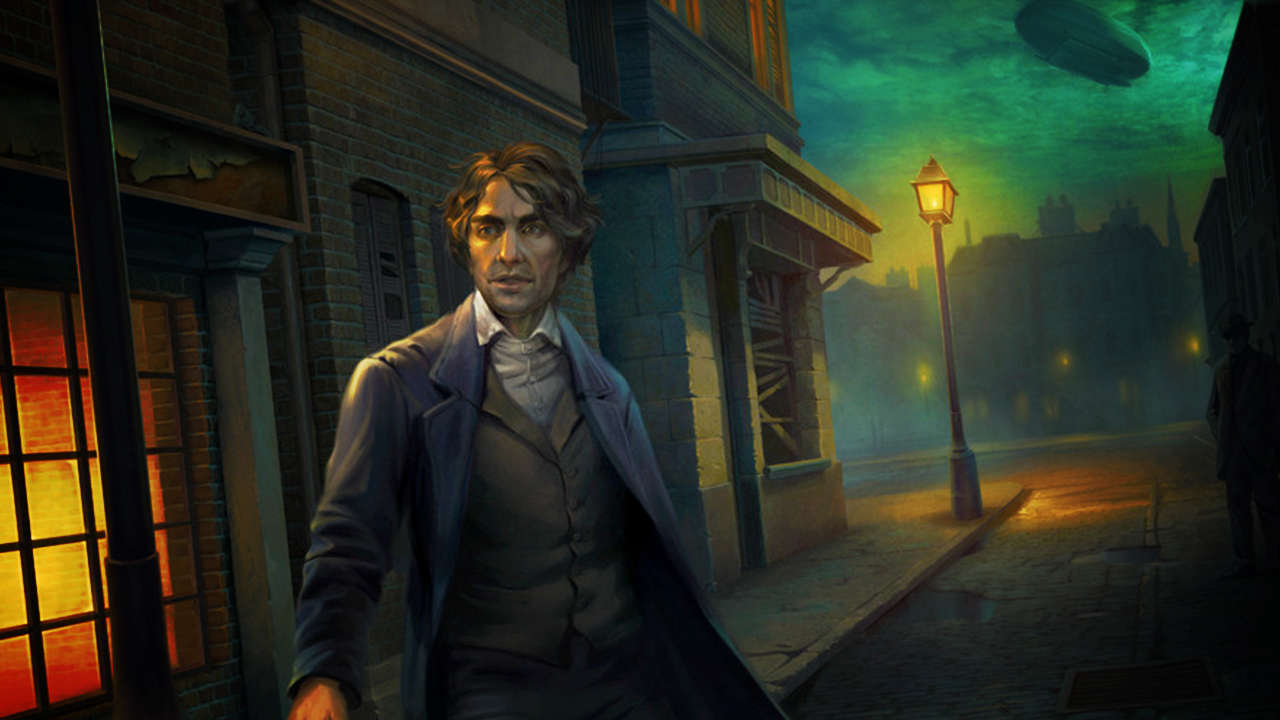 Lamplight City is an excellently crafted adventure, and well worth experiencing for the opportunity to interact with a unique alternative world.

The Lindbergh kidnapping is one of the most memorable (and one of the most notorious) crimes of the 20th Century. The 20-month old baby of famed aviator Charles Lindbergh and his aviatrix partner Anne Morrow was stolen from their home in March 1932. No fingerprints were discovered at the crime scene, but a badly misspelt ransom note was found on the windowsill of the baby’s room, demanding $50,000. The great and the good soon heard news of the kidnapping and descending on the Lindbergh estate, unfortunately destroying footprints in the ground outside the house. A few days later, another ransom note arrived, this time demanding $70,000. Throughout the following days, the kidnappers kept sending ransom notes, and eventually the Lindberghs sent $50,000 to the kidnappers via an intermediary. Despite this, the baby was not returned. In May, the body of Charles Lindbergh Jr. was sadly discovered close to his home. It took another two years, but eventually Richard Hauptmann was arrested for extorting the ransom money and the abduction and murder of the baby. Hauptmann went to the electric chair in 1936, still professing his innocence. Since that time, the case has continued to have a lasting fascination, with people disputing every aspect of it.

The reason I mention the Lindbergh kidnapping is that I was reminded of it greatly while playing through one of the cases in the new adventure game Lamplight City. While the game’s version shares some similarities to the Lindbergh case, if you’re a canny and smart detective, you can bring the investigation to a much more satisfying conclusion than that which happened in real life. Lamplight City is a charming, detailed and rich adventure game, full to the brim with mystery and intrigue. Through a combination of its inventive setting, interesting plot and wide array of interesting characters, it successfully manages to tread the path of being a decent adventure game, while also a good detective game at the same time.

Lamplight City is set in an alternative universe where, seemingly, the American War of Independence never happened. Instead, what is known today as America became Vespuccia, a nation still closely tied to the UK, but becoming a constitutional monarchy instead of a republic, with a Prime Minister instead of a President. Technology also advanced faster than in real-life, with steam power being used in many more ingenious ways. Other differences, such as much more tolerant social attitudes than really existed in the Victorian era, also come into focus. You play as Miles Fordham, a police officer in the city of New Bretagne in 1844. In the introduction, Miles is involved in the accidental killing of his police partner, Bill Leger, at the hands of a mysterious thief. Bill then proceeds to “haunt” Miles for the rest of the game, acting as his invisible Jiminy Cricket, basically nagging him to find the identity of the man who brought about his death. Miles and Bill make a great double-act, with Bill’s sarcastic and witty one-liners regularly grating on the more straight-laced Miles.

Lamplight City is lightly episodic, with a number of different investigations that Miles (and spiritual sidekick Bill) will take on over the course of the game. From missing persons to murders, Miles acts as a Sherlock Holmes-esque figure, a private detective whom his friend Constance Upton passes cases the city Police Department is unlikely or unwilling to solve.  Each case has you interviewing witnesses, visiting crime scenes, collecting evidence and then identifying the perpetrators. A very satisfying element is that there are always several options for how to end a case, and although there is a canonically “correct” choice for each case, you’re allowed to progress onward even if you arrest and accuse the wrong person. This reminded me a bit of L.A. Noire, where in several cases you were given the choice of who to pin a crime on.

While Grundislav Games previous adventure outing, A Golden Wake, had told its historically accurate tale with relatively little humour, Lamplight City doesn’t shy away from making jokes, especially Miles constantly ghostly companion, Bill Leger. Indeed, the whole cast is enjoyable and well voice-acted, including Miles long-suffering wife Adelaide, the haughty Chief of Police Captain Snelling, as well as more minor characters who only appear in a single case. Lamplight City streamlines the standard adventure game format by not giving you an inventory, meaning you won’t have to be tediously combining items to see if something fits together. Instead, you’ll automatically pick up items of interest, and if down the line they are relevant, they will either come up in conversation or Miles will automatically make use of them.

Graphically the game uses a relatively low-pixel, lo-fi approach that the developers used previously in A Golden Wake and has been similarly used to great effect in many Wadjet Eye adventure games, such as Unavowed and Gemini Rue. For the most part it looks excellent, perfectly invoking a Monkey Island-era vibe, while at the same time maintaining a painterly, hand-drawn aesthetic. There is also an excellent soundtrack, with is alternatively brooding and quietly menacing when necessary.

Taken individually, no single aspect of Lamplight City makes it stand out from the bevvy of adventure games that are appearing these days. But taken together, the great voice-acting, fascinating alternative universe setting, good storyline and atmospheric music manage to create a very memorable and worthwhile experience. Miles Fordham and his wife Adelaide have a complex, interesting relationship, as do Miles and Bill. The time and care that went into crafting well-rounded and dynamic characters is immediately obvious, and it’s great to see a cast of characters treated with time and care, so that even minor characters are not just two-dimensional cardboard cutouts. Lamplight City is an excellently crafted adventure, and well worth experiencing for the opportunity to interact with a unique alternative world.