Modern horror owes to Howard Phillips Lovecraft as much as the barbarian fantasy genre does to his contemporary and personal friend, Conan creator Robert Ervin Howard. The Lovecraftian cosmic horror has become a staple and one of the pillars for all that’s come after the many pulp magazines that were published during both of their short lives, under the title Weird Tales. Among the many titles that Lovecraft wrote, the most famous and enduring was The Call of Cthulhu, one of his later works that approached the subject of the inner insanity of man, and an ancient figure whose guise is so unspeakably horrible that whoever lays eyes upon it is driven to madness.

There have been countless games that have been influenced by H.P’s work, but few have directly referenced it and done justice to the source material. Headfirst Productions’ 2005 adaptation titled Call of Cthulhu: Dark Corners of the Earth came close, but due to the many shortcuts taken during its development and the bugs that were left out during testing, ended up coming short. Cyanide Studios’ new Call of Cthulhu starts out with plenty of promise, and even though it squanders most of it by its conclusion, it’s a much better attempt at adapting the literary insanity of Lovecraft’s dark world. There’s an illusion of choice during the beginning of the game that is sadly played down the further you get into it, but even so, Call of Cthulhu manages to be atmospheric and sometimes even a little scary. 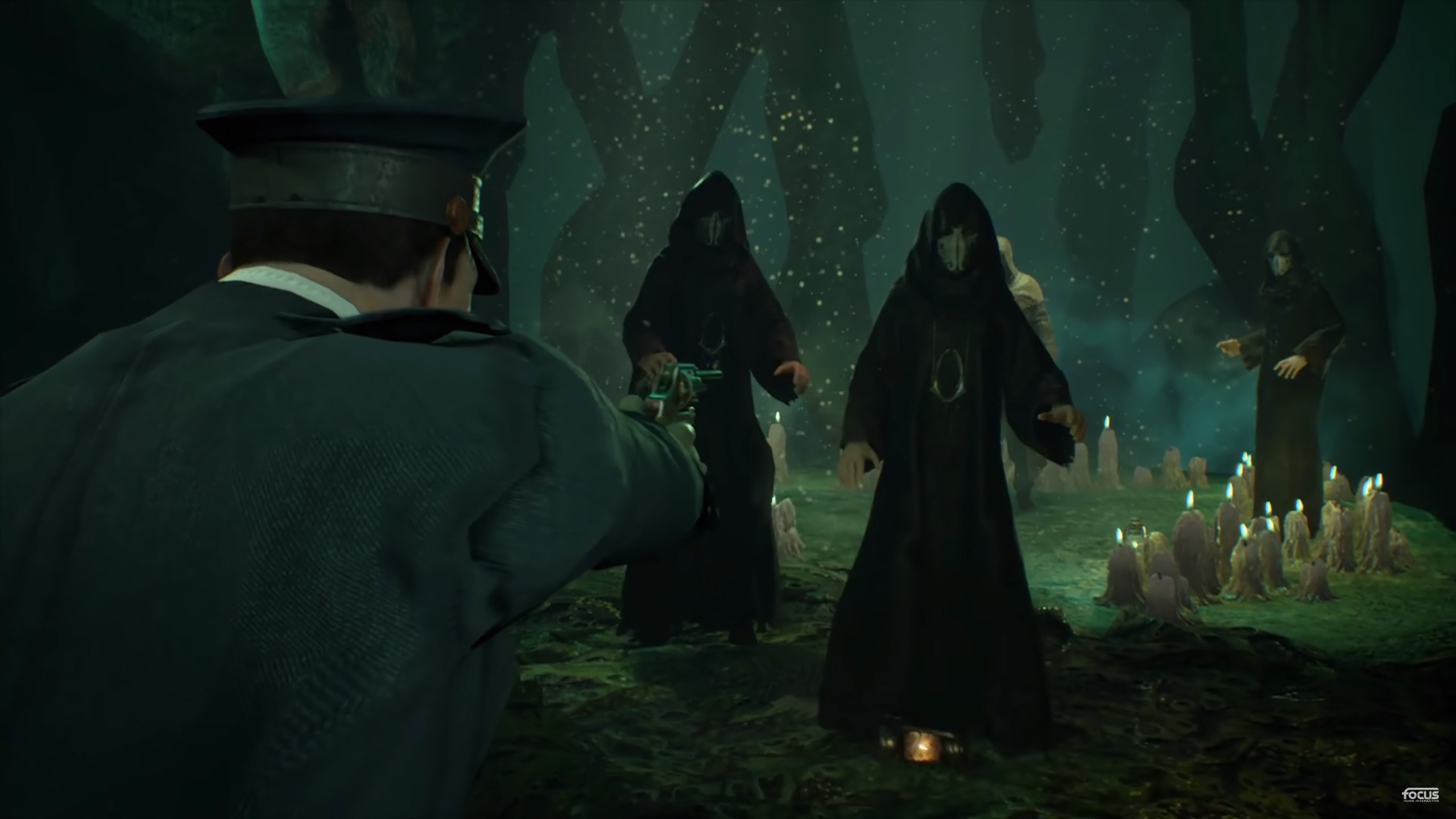 Some of those frights, though, might be a little unintentional. Character models in this game are ugly and way too repetitive. When it comes to the protagonist’s, Nature failed to be kind to the down on his luck war veteran turned detective, Edward Pierce. Still, the art direction in this game is quite good when it comes to environments and creatures, as well as the sound, from the little that there is of voice acting. Vampyr’s Jonathan Reed’s voice actor lends his tones to Pierce, and for as much as he tends to be quite dry at times, he helps convey the poor detective’s growing nightmarish paranoia well as he immerses himself within the horrors engulfing the New England fishing town of Darkwater.

Darkwater shares a similar history with Herman Melville’s Moby Dick’s Nantuket, as both saw their history defined by encounters with gigantic sea life. In the case of Call of Cthulhu’s, it was the ill-fated run of a whaling ship with a creature known as the Leviathan, an ancient evil borne out of the depths of the earth. As dictates Lovecraft’s writing, that eventually took the sleepy settlement into a downward spiral that by the time detective Pierce steps onto its docks in order to investigate the death of Sarah Hawkins, a famous painter and her family at the behest of her father, things are so long lost that it’s only a matter of time before the old god is brought back to the world. 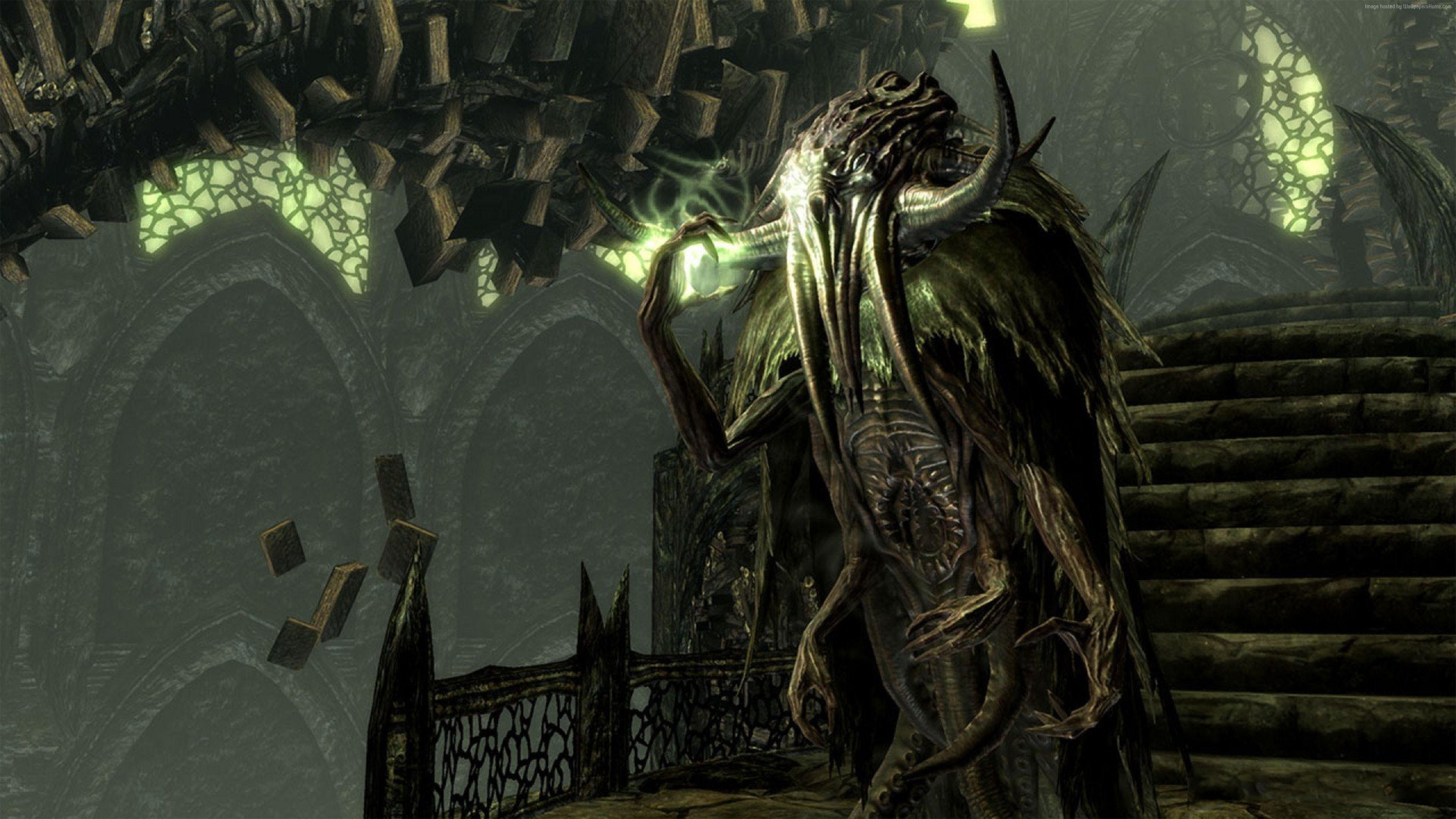 Call of Cthulhu plays in first-person, and makes great use of it as it continually accentuates Pierce’s growing detachment from his sanity. Visual effects and the addition of hallucinations help play up the horrors that are already quite horrific, especially during Edward’s nightmare sections at the beginning of the game, a hint of what’s to come later on. The emotionally unstable detective spends most of the game in the company of a lighter and a lamp, both serving as his only means of lighting the way forward, which tied to extremely easy to deal with stealth. Amnesia: The Dark Descent definitely served as inspiration to this game, even if Cthulhu fails to convey much in the sense of imminent danger when patrolling enemies fail to see someone right in front of them skulking about. Still, the sense of dread that comes with having to hide from predator that’s hunting you, like Alien: Isolation’s xenomorph, works extremely well in the few and far between moments when Call of Cthulhu’s physical manifestation of evil known as the Shambler literally springs into action.

The aforementioned illusion of choice comes from the many stats that you can put points into as you customize Pierce throughout the game. He can pick up skills in reasoning, technical prowess, the occult and even in brawn, but outside the few instances where a lock stood in the way of cutting the way forward shorter, the dialogue options that spring from raising these traits does little to steer things off the linear path of the game, even when it pops a warning on screen that this or that decision will “steer your fate”. By the midway point of Call of Cthulhu it became clear that it was silly to worry about trying to have any agency to the events in the game and I just stuck around for the ride.

Much like Cyanide’s other games like Styx: Master of Shadows, every aspect of Call of Cthulhu feels low budget, even if the overall package manages to be sturdy enough to warrant a playthrough. It doesn’t waste its welcome by the end of its ten or so hour run with fluff or filler as it moves from scenario to scenario and even has you take control of characters other than Edward, helping show different takes of the overall story. Lovecraft’s writing is done justice, and without running the risk of spoiling the events of the game — unless you’re completely oblivious to what his trademark of abandon-all-hope horror — you can guess where the cast ends up going, that is, expectedly off their respective rockers.

It would be easy to write Call of Cthulhu off as a cliched and extremely derivative game, but it manages to tick off all of the boxes when it comes to delivering a competent horror experience. Although you can see some of the scares coming from a mile away, it’s still fun to see how the game gets to them. Regardless of how weak the pay off is to dedicating any time trying to smartly spend skill points into Piece’s ultimately useless set of abilities, I enjoyed seeing how it all went down as his most prized stat diminished the further I got into story — his sanity.