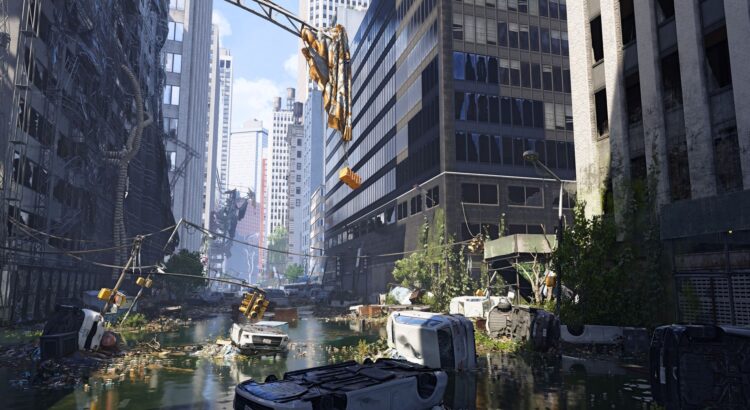 New York is closed. Everywhere there are shuttered stores, empty streets and abandoned vehicles. All public events are cancelled. Restaurants, cinemas and theatres are shut. People remain confined in their homes, afraid to venture outside except to gather food. A deadly pandemic is raging unchecked across the world and governments everywhere are struggling to respond. New York has become a critical hotspot with an enormous number of cases recorded. Emergency tent hospitals are being constructed in Central Park. This is not a game anymore.

The Division 2 and its predecessor were always games you had to disengage your brain in order to enjoy. Thinking about the plot, setting or story of either game for more than a second caused severe ludonarrative dissonance, the politics of which were frankly appalling. With the advent of a real-life worldwide pandemic, that dissonance has been stretched even further towards virtual breaking point. The Division 2’s first major expansion, Warlords of New York, was released as the COVID-19 pandemic began to seriously escalate outside of China. In hindsight, the timing couldn’t be much worse for releasing an expansion to a game set in a post-apocalypse after a pandemic has killed 90% of humanity. While the shooting remains satisfying and the new environment is still staggeringly pretty, you might not feel in the right mood to play it right now given the circumstances.

Warlords of New York (WoNY) is the first bit of paid-for DLC for The Division 2, which originally released early in 2019. While all of the additional content released in the first year was free and included a number of new missions, WoNY returns the game to the setting of the first title, but this time in mid-summer. A hurricane has struck New York in the interval since the original game, transforming the area into a wrecked and overgrown wasteland. The expansion features a new large open-world area, comprising the majority of lower Manhattan from Battery Park to Two Bridges. Famous sights include Wall Street, New York City Hall, and the Brooklyn Bridge. Unlike Division 1’s slightly condensed version of Midtown Manhattan, WoNY is a roughly 1-to-1 recreation of the area. It’s about a third of the size of the Washington D.C. map, but still feels very spacious due to the dense collection of intersecting streets and high rise buildings. As with Washington, the environments are staggeringly pretty. If Massive Entertainment knows how to do one thing right, it’s creating detailed, realistic environments to explore.

The combat has been overhauled since the first release of The Division 2. Regular patches are continually tweaking things, but the main upshot of the changes has been to make the shooting feel slightly more bullet spongey, which I personally found to be a rather major disappointment. The Division original was criticized widely at release for overreliance on bullet sponge enemies (something which is at odds with the realistic modern military setting), and so The Division 2 originally took great strides to alleviate this problem. Why then Massive decided to undo all their hard work in this area when they released this expansion remains to be seen. Shooting certainly still feels responsive and enjoyable, but it definitely takes more time to down individual enemies than it used to. This problem is apparently multiplied on higher difficulties. For the time being, it’s best played on standard difficulty unless you are a masochist.

There is a fair amount of content added in WoNY, including several new storyline missions, a handful of side-missions and more of the kind of repeatable open world content already found in Washington D.C. It’s a shame they didn’t take the opportunity to develop new variations of the open world activities, but the existing ones are enjoyable enough. The new storyline missions are good, even though the overall plot and characters remain as paper thin as ever; merely used as an excuse to go somewhere and shoot bad guys. The Division’s greatest failing is that they manage to create enormous and highly detailed open-worlds, but then resolutely fail to fill those worlds with interesting or meaningful characters. As part of the release of the expansion, the gear system was also completely overhauled to streamline a lot of things. The practical upshot of these changes mean that a lot of special skills (which you use alongside shooting) became more underpowered, meaning you have to make a trade-off between having high armour or high-powered skills.

Overall Warlords of New York is mainly more of the same, and although this isn’t a bad thing, it feels very safe. It takes the formula The Division 2 had set and simply gives you more of it in a new location. The changes to gear and the balance changes feel a lot more impactful than the new content itself, and not always for the better. I’d hope for the next expansion (or The Division 3 if that’s what’s next) takes a few more brave steps to improve the core gameplay loop. Exploring New York and Washington D.C. is still enjoyable, but it could certainly be improved to make it less repetitive. Likewise, reversing the balance changes which resulted in bullet sponge enemies must be a priority. Whether you feel like playing it in the middle of the worst pandemic in a century, that’s another question entirely.