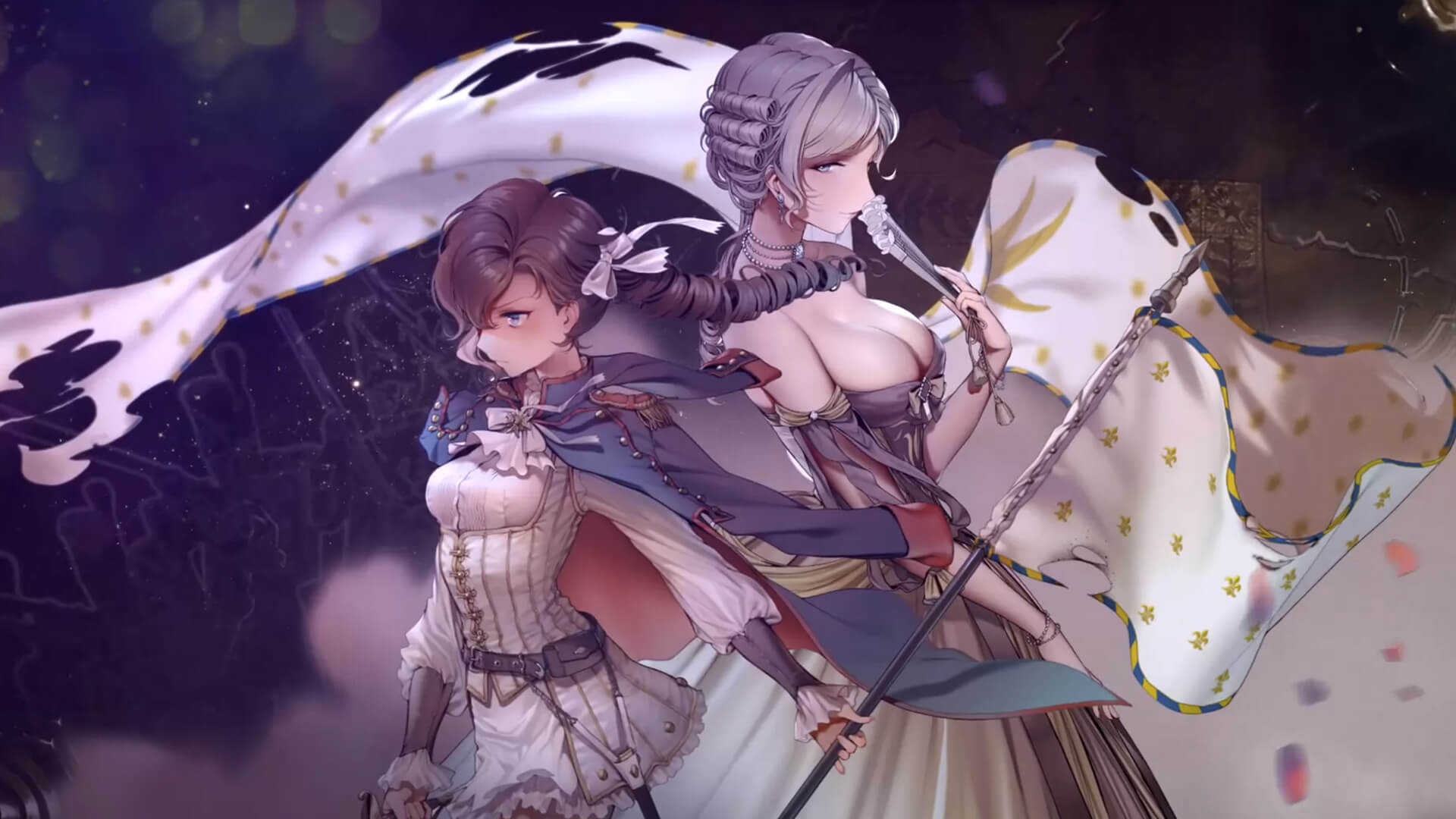 How entertainment media so takes creative licenses with historical facts has always been fascinating to me. Seeing how writers and artists twist things around in order to build a story, regardless of it resulting in a captivating experience or a downright trainwreck at least there’s bound to be something to take away from the process of borrowing elements from reality and playing around with them.

Chinese developers’ Azure Flame Studios and CE-Asia’s Banner of the Maid is a prime case of such play with history. Originally released on the PC last year, it now comes to Switch (and other consoles) as a turn-based strategy role-playing game in the mold of Final Fantasy Tactics and Fire Emblem that’s set during the French Revolution, except that things are quite as you’d expect; for one, you play as a female military commander named Pauline Bonaparte, real life sister to the famous Napoleon who joins her brother’s army as a carrier of the banner of the maid of Orleans, Joan d’Arc, given to her by Queen Marie Antoinette of all people.

While it might all sound a little too far-fetched if you have any notion of the whos, whats, and wheres that this game touches upon during its campaign, it does so in a surprisingly gripping way, and for as awkwardly worded its localized text might read — including a lot weird colloquialism and modern words coming out of the mouths of 18th century people in France of all places — it’s still quite a refreshing take on what’s usually left for high fantasy or far-flung sci-fi of usually Japan-centric strategy RPGs.

That’s not to say that Banner of the Maid does not try to get away with a lot of fanservice and anime tropes. Oh no, it has plenty of that. Whether we’re talking about the very obviously anime inspired character designs and the sheer exaggerated cleavages and over sexualization for just about every female character, or the interactions in dialogue that take place in a very visual novel kind of way, Banner of the Maid wears its influences for all to see, literally.

And even so, despite the overall simplicity of playing it outside of combat, with very little in the way of real weight and consequences to your limited decisions carried out via straightforward and dry menus, it managed to captivate me thanks to how well the actual gameplay portions are played. If you’ve ever touched a strategy RPG in the past, you’ll know how to play this game right away: combat takes place on a grid and characters’ movement and attack capabilities range a lot depending on their classes and skills.

During some moments in the game you’ll be provided with forces outside of your control, like cannons and bombardments which help switch things up somewhat by having you avoid certain parts of the maps so your units don’t get hit, making them really convenient and chaotic at the same time. There are also some out of party characters that sometimes drop by your battles to help, and as expected they can really turn the odds to your favor when that happens, so be sure to exploit those chances and get those wins in.

Overall, the combat gameplay is challenging and entertaining because of how Banner of the Maid treats the rules when in comes to engagements, with both sides having basically the same benefits and obstacles, so there’s hardly a moment during my time playing where I felt like the game was being unfair by putting me in unwinnable situations, something that happens to be quite common in a lot of similar titles, as that part of those games that really frustrates me.

Unlike Fire Emblem and its infamous permadeath, Banner of the Maid cleverly also forgoes that aspect of play by having you fight with troops and not the commander themselves while in the field. So whenever one loses all of its HP, the unit leader retreats until the end of the fight and can come back if you end up on the winning side. You’ll depend on success in order to progress through the story, obviously, so going into battles with a strong enough force is really important, giving way to plenty of side missions that you should most definitely play in order not to flop when the stakes are high during main skirmishes.

That’s the main importance of the visual novel side of the game since some of the side activities are played out via dialogue as you engage with very light role-playing in order to garner more reputation among a number of factions, such as the Royalists (such as the Queen, King, and their loyal subordinates), as well as Malmaison, the starting line that Pauline meets as she arrives in Paris from her homeland of Corsica and who you’ll mainly engage with throughout the game. Partaking in these activities grant you a number of perks for use during the actual gameplay portions of Banner of the Maid, like boosts to your stores, items and even some new active abilities and moves for use during fights.

Banner of the Maid is presented beautifully, both in the visual and sound departments. The sprite work done during combat sections is superb and is really evocative of Super Nintendo and PlayStation 1 era 2.5D games, and the dialogue scene full screen characters are very detailed anime-inspired designs that outside of the fashion choices left by the artists when it comes to most women in the game, are really intricate.

The music is also worthy of note, with some tunes that work well with the time period the game’s set in. Although there’s no voice acting during exchanges, battle charge screams are in Chinese, which similarly to English dubbed games that take place in regions that don’t speak the language, might come off as a little weird, all things considered. It does nothing to downplay the quality of the rest of the presentation, honestly, but if you feel like it bothers you, there’s an option to turn down voices in the menu.

I would be lying if I said I didn’t expect a wildly different game than the one that I played in Banner of the Maid simply because of its screenshots. They do not do the game justice. They’re chock full of cleavages and while that’s certainly a way to garner a large portion of the public’s interests for obvious reasons, and they don’t do enough to show that there’s much more to the game than mere fanservice. This is a competently put together strategy RPG that happens to feature a lot of that, to ultimately its detriment. On the other hand, if you can look past that, you’ll find that Banner of the Maid not only plays that part really well but is also an amusing twist on history.