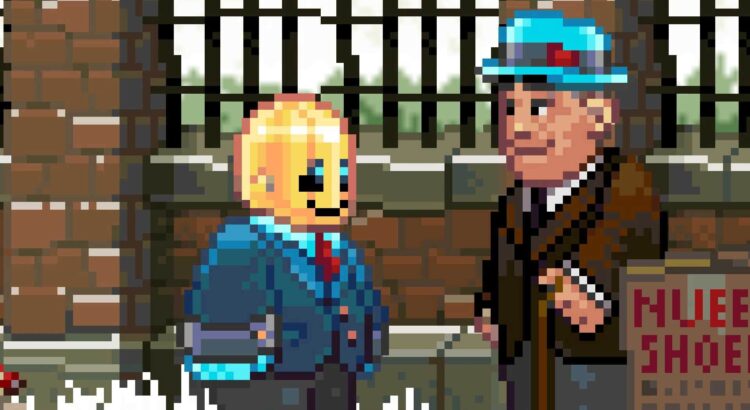 Gaming coverage moves so fast and there are so many games released constantly that it’s easy to miss a gem or three, only to catch them at a later point through word to mouth. That’s what happened with Horace. My friend Leo from WayTooManyGames absolutely loved it when it was first released on PC in 2019, and insisted I checked it out the first chance I got.

Well, it took a while for that to happen, but now that Horace is hitting consoles, I finally got to play it on Switch and I’m floored with just how good it is. It’s one of the rare times when my own impressions far surpass my expectations, really. Horace is an absolute must play game, and now that it’s available on more platforms, there’s no reason not to check it out.

In the game you control an android who’s just adopted by a family in a mostly present time world. You learn to walk, jump and interact with others like an ordinary videogame while the story unfurls about titular Horace as he evolves from a mere machine into something quite special, developing emotions, attachments, and goes through the motions as would an actual human child in regards to learning about life and most importantly, death.

Actual gameplay is serviceable enough, tossing new mechanics as the story progresses in a satisfying pace, such as the ability to pick up and throw items or using a shield to give our very delicate 1-hit kill lovable robotic chap a fighting chance. But it’s the gravity defying boots that you get very early on that really turns things around gameplay-wise, quite literally; with them, Horace can adhere to the ceiling, at which point the game flips the screen.

Any other game would probably muck things up in that regard and make the shift in planes painful to whoever is playing the game, but developer Hype Games’ handling of it is perfect in Horace. Most importantly, it’s responsive and takes seconds to master thanks to some great level design throughout the adventure. And by all means, you should try and mess up a jump when in an outside environment… trust me, it’s hilarious!

None of that would be nearly as enjoyable, however, without the game’s excellent story. Not only is it incredibly clever when it comes to delivering reasons for pocketing a ton of crap that’s lying all around the game’s world — Horace’s conceit is that our hero a garbage collecting android — it’s also very touching and surprisingly deep on a human level, dealing with heavy themes masterfully and hilariously at times.

On the Switch, regardless of what configuration you might find yourself using, the game will play beautifully. Horace’s lovable monotone voice narration fits perfectly to the system’s minute speakers when playing portably, and the action works well enough given its limited and questionable in range JoyCon controls. The colorful pixel graphics also pop on both handheld and TV modes, showing off the incredible visual design of the at first glance run-of-the-mill sprites, which animate oh so well.

It’s hard to recall the last time I honestly laughed and was so emotionally invested in a game in such a short period of time as I did with this Horace. The fact that it’s now being brought to more systems and storefronts will hopefully put it into more people’s hands and give it the attention it so rightfully deserves. If I ever were to classify a game as a complete gaming experience, very few would make the cut, and I’m ecstatic to say that Horace is most definitely one I would happily do so.