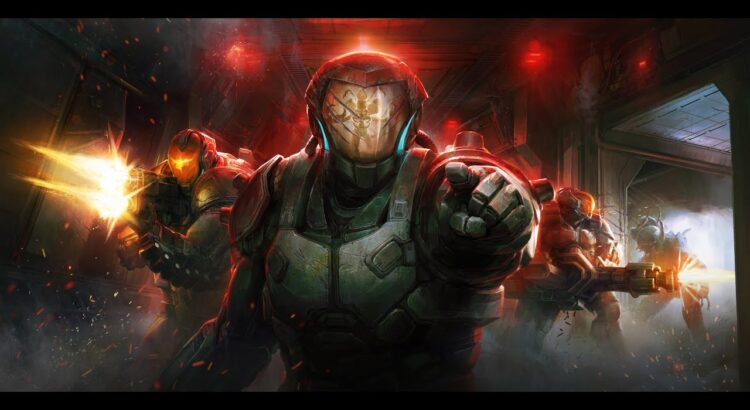 In fiction, nothing good ever comes out of Mars. In Red Solstice 2: Survivors, Earth has been ravaged by mutated monsters, forcing humanity to eke out a living on Mars. But lo and behold, those pesky abominations have found their way to our new home, and it’s up to a lowly squad of marines to keep them at bay.

To be honest, I had zero prior knowledge of what the Red Solstice franchise is about having not played the first game, so I counted on the latest game’s intro to cue me in, which it did… kinda. Okay, it was basically a half minute clip of a robotic lady sounding voice talking to what appeared to be soldiers, so I had to take what I could get. 505 Games recently held an online preview video event for Red Solstice 2: Survivors and with it, they also released an alpha, which I got a chance to check out on Steam.

For those like me who don’t know much about the series, Red Solstice 2: Survivors is a pulled back top down point and click, squad-based tactics/action game set on future Mars, and the alpha has two distinct modes to pick from and test the current build of the game out, including a skirmish mode.

Since I’m new to things, I picked the campaign which had me control a lone marine who’s just woken up in the middle of a recently abandoned research post overrun by a bunch of bugs. Red Solstice 2 should be instantly playable by anyone who’s touched recent tactics games like XCOM: Chimera Squad, basically having you click to move and put your soldiers behind cover in order to gain a defensive buff, or take things on directly if you prefer.

Differently from that series, though, in Red Solstice 2: Survivors the action takes place in real-time, so your placement only lasts you so long before you’re forced to figure out an alternative. Luckily, the alpha puts you in control of an already extremely capable killing machine, so even when I got vastly outnumbered by the enemy, a couple of shots to each of them quickly tilted the situation to my advantage.

From my time playing the alpha, it feels like the devs at Ironward wanted to streamline the game and make it very snappy, thanks to the addition of on the move overwatch mode that basically makes it so your squad automatically shoots at any baddies as you click your way forward. Other skills are mapped to a variety of keyboard shortcuts, and if you’re feeling like clicking even more, Diablo-style, you can also directly control your shots.

Then again, movement took a backseat in favor of holding out a position as waves upon waves of enemies started to attack our just met allies, all before we were to blow the base sky high with some conveniently dropped explosives. The tutorial nature of the alpha had me stick to particular spots before the action got going and I could actually complete the objective, but like the jerk I am, I was disobedient and refused to step into the circle. That forced me to kill many more waves than necessary until I, uh, realized that I was standing in the wrong spot. Oops.

Anyway, the little that I got to play of the alpha really helped perk my interest for Red Solstice 2: Survivors. Even though its subject matter feels like nothing to write home about, the gameplay felt tight enough and the action as frenetic as it’s to be expected for a game about space marines shooting the ever living crap out of a bunch of bugs in Mars.

And thankfully there won’t be much more to wait until we’re officially deployed on Mars. Red Solstice 2: Survivors is slated for release on June 17th on Steam, and you can bet your ass we’ll be getting our own to Mars in order to save whatever’s left of humanity by the time we get there for a full review.