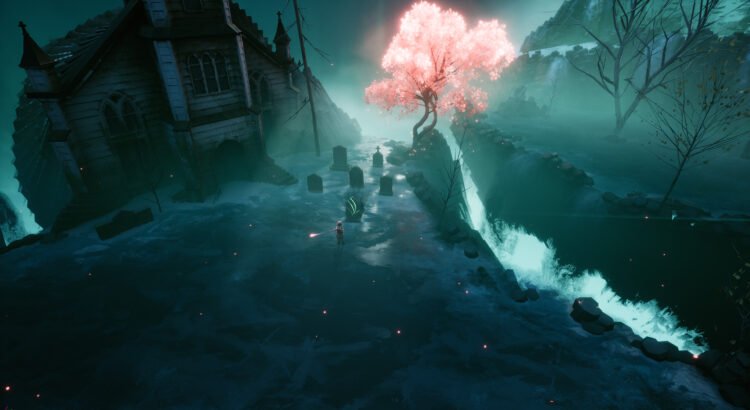 You ever play something and experience that sinking feeling of knowing — just knowing — you’re probably gonna pour a ton of time into it? It’s happened a lot with me and rogue-likes. Dead Cells and Hades are the most notable examples because they’re two I’ve easily put the most time into, both because they both just felt really good to play (and because there was just so much story to absorb in Hades‘ case). Dreamscaper from developer Afterburner Studios seems ripe to be the next one of those I end up putting a ton of time into if my preview of the 1.0 version is anything to go by.

Dreamscaper‘s been in Early Access on Steam since August of last year, so chances are you might have already heard of it or even played it. The basic pitch is that the game follows a woman named Cassidy who finds herself fighting through her subconscious every time she goes to sleep. In the dream world, she takes on a different appearance and fights off monsters using all sorts of imaginative skills and magics. In thee real world, she’s making connections with the locals and partaking in activities to help her gain an edge back in the dream world.

Think of it as similar to Hades‘ gameplay loop of doing runs and then checking in with folks between them to advance their stories and also strengthen yourself for next time. All the usual staples of rogue-like progression are present: new skills and equipment unlocks, passive buffs to your stats and abilities, and even changes to dungeon rooms and their rewards. The prep that goes into each run is more or less what you’d expect from a game like this, but there are some fun spins here and there. For instance, you can choose what sort of equipment you begin each run with. It’s all random by default, but every new weapon and skill you use can then be chosen as your starting gear afterward if you so desire.

Likewise, you can also apply certain “classes,” so to speak, that provide a suite of buffs, such as increased ranged damage or bonuses for fire elemental damage. These are earned by bonding with people around town, which you do by chatting them up to learn a bit about them then giving them a gift of something they’re interested in. In the demo, a man named Tamal who hangs out in the park can be given a gift (in this case, a photo of the city) to further your friendship. Doing so prompted a brief scene where he and Cassidy introduced themselves and unlocked his particular class for use in future runs.

Finally, you can also up the challenge by increasing the size of the dungeons, the strength of the enemies, and the number of foes you face per encounter. You get better rewards for doing so, which seems useful for when you’re trying to gain certain currencies quickly, provided you’re skilled enough to survive the odds being stacked against you.

In the dream world, Cassidy has a wide range of means to defend herself. Cassidy has a melee weapon, a ranged weapon, a couple of “lucid skills” (attacks with special properties), a shield, and a roll — all of which can be altered or improved by picking up new gear or upgrading your existing equipment. A new roll could add elemental damage, for instance, while a new shield can increase the parry window. Likewise, better weapons deal more damage and grant additional stat bonuses. Standard rogue-like stuff.

Combat requires you to make ample use of your abilities. Trying to rely only on melee or only on ranged attacks will quickly put you in a bad spot. I tried to rely too much on melee attacks (force of habit) and often ended up putting myself in bad spots because I was more focused on trying to close the distance rather than use it to my advantage. Likewise, not using the lucid skills enough made some fights needlessly harder for me.

I’m not used to playing defense in these sorts of games, so having a shield in addition to a dodge roll by default was a big adjustment. Usually I just try to avoid attacks altogether because that’s the only defensive option I have. Dead Cells had shields, granted, but I never used them because why parry when I could just roll behind my foes and keep dealing damage? Dreamscaper definitely feels like something where you want to learn when to block or parry and when to dodge rather than just roll through everything. Not because the roll isn’t effective — it’s very good, actually — but because the game feels like it can punish you for trying to rely on any one option too much.

The more I see of Dreamscaper, the more I can see myself getting hooked on it. It’s been a while since I last had another rogue-like to latch onto. Hades last year was the last time I’d done so. Been primed to go all-in on one for a while now, and with Dreamscaper leaving Early Access soon, I think I’ve found my next rogue-like to focus on for a while.

Dreamscaper leaves early access on PC, and launches on Switch, on August 12.