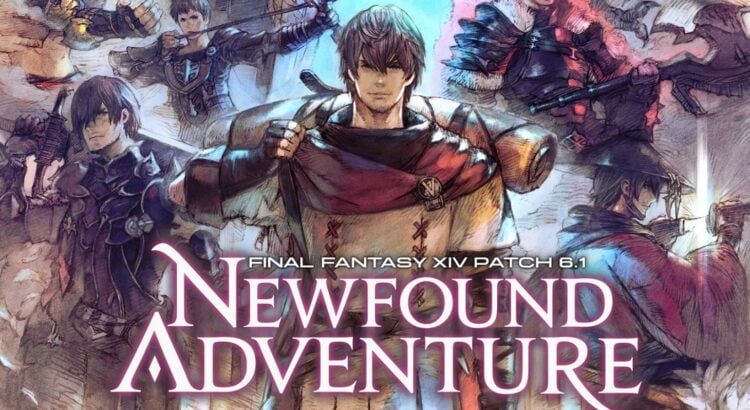 For as bombastic as it was, the closing of Final Fantasy XIV’s latest expansion, Endwalker, left me quite satisfied with the conclusion to the story that began all the way back in A Realm Reborn. All the permutations of the game’s worlds were saved from oblivion, and our beloved characters had pretty much closed the book on their respective arcs. So much so that even the Scions of the Seventh Dawn broke off their separate ways.

But Final Fantasy XIV is an MMO, and it being that, there has to be more, especially now that it’s the world’s most populated and popular online game, surpassing World of WarCraft. The very first content patch to come out post-Endwalker, titled Newfound Adventure, has your Warrior of Light looking back to the Scions’ administrator extraordinaire Tataru for tips on just what to do next, because adventurers can never take it easy, right?

Your next destination turns out to be Thavnir, where you hook up with Estinien on the hunt for a map that apparently leads to a legendary treasure somewhere in the depths of Radz-at-Han. The idea behind such an endeavor is giving back to all of those who suffered through the cataclysm during Endwalker, which trust me, were a lot of folks. Good intentions eventually lead to the new dungeon, Alzadaal’s Legacy.

Alzadaal’s Legacy progresses much the same way as the usual Final Fantasy XIV four-man instance, but still manages to throw some neat new mechanics your way. The final boss fight in particular is quite clever as it challenges you with more than your usual AOE attack, having you directly dodge obstacles that litter the combat arena as you spin uncontrollably.

From there, the main story quests move at a brisk pace and for a few hours, you’ll find yourself engaging in a handful of investigative quests and get to know a new facet of the satrap’s backstory, the main draw to what is to come on future content patches. Sadly, when things start to get really good, 6.1’s story closes off, but there’s more to its content than just the main narrative.

Aglaia is the first stretch of a brand-new set of 40-man raids under the Chronicles of a New Era questline, which I’ve yet to play due to its gear-level limitation. Still, the lead up to it is quite gripping, having the Hero of Light look into a new pantheon of gods as they travel to a new dimension alongside overly excitable G’raha Tia. Keeping my fingers crossed I’ll finally get those final two gear points in check and finally run this.

Players looking to tackle more content solo can look forward to a new NPC tool that allows them to recruit computer-controlled party members to help them run dungeons. That’s been a part of the game since Shadowbringers and it’s now finally making its way to instances starting right from the very first ones. The rest are going to be slowly implemented in future content drops, moving onto Heavensward and beyond. It should be a great help for those looking to level up other jobs and classes that might otherwise take a long time to queue up for other actual human party members, such as the DPS-focused ones that might’ve gotten dropped along the way.

Those who enjoy role-playing and building up their fellowship housing will get a kick out of the new district that’s premiering in 6.1, with Empryeum, an industrialized zone located in the frigid realm of Ishgard. So if you’re among those looking to move into a cozy new crib, be sure to be on the lookout for sales on select lots before packing up.

Outside of actual gameplay, Final Fantasy XIV got some cool little interface features with 6.1. Chief among them are the new character adventurer portraits that, although in beta form, are already providing some hilarious looks at player characters all around Eorzea. There are lots of options to personalize your character’s own title card. It’s all silly good fun, so don’t take things too seriously.

The Unending Codex is sure to be extremely helpful to those like me who take longer breaks from Final Fantasy XIV. It’s new to this patch and it automatically updates itself with info on characters, items, locations and other tidbits of info that can be consulted in case you forget who the heck you just met but were supposed to know from years-old content. It’s happened to me a few times during Endwalker and I’m glad for this new feature.

Square Enix promises to bring even more in the following content roll-outs, including something I’m particularly anxious for, tribal quests. Patch 6.15 is listed to include those questlines, which should bring a smile to my sorely needing of smiles face – ugh, what a year it’s been so far… – as well as new Hildibrand investigations starting with Final Fantasy XIV’s very own undead private eye. Until then, I’ll be chipping at the game and getting up to speed, which considering this is a MMO, should be never. Oh well.