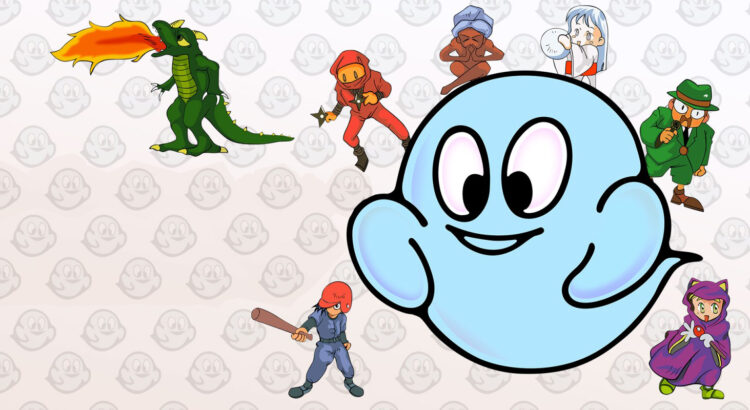 Ratalaika Games’ continuing efforts at re-releasing obscure retro classics continues with Avenging Spirit (known as Phantasm in Japan), a spooky adventure from 1991 developed by C.P Brain and originally released by Jaleco in arcades and on GameBoy, that only saw a port to mobile in 2010. By today’s standards, it’s quite a simple game, but considering the period that it was originally released, its main hook makes Avenging Spirit a very unique platformer for the time.

As a lowly ghost, it’s your mission to rescue a scientist’s daughter taken hostage by an evil organization who wants the ghostly power he’s researching all for themselves. But what could you do as a ghost, you’d ask? Well, in Avenging Spirit, you don’t get to scare or play tricks on anyone. Instead, you take over bad guys and use their own powers against them. It’s a fun mechanic that works very well in the game’s favor, and similarly to other arcade releases from the early 1990s, it’s the only real gimmick.

Besides having a certain amount of variety when it comes to the bodies you can command, with some that have melee attacks and can jump very high, for instance, to others who are focused on range, Avenging Spirit is otherwise a very standard platformer. Given that you play as an apparition, there isn’t a lot you can do when you’re not inhabiting a body, and it’s a quick game over unless you can find a new one when you run out of health and are kicked out.

Every single one of its six levels in Avenging Spirit ends in relatively straightforward boss fights, and the whole thing can be completed in an hour or so. Ratalaika’s usual delivery of emulation options comes into play this time as well, with rewind, different difficulty settings and screen ratios to pick from, as well as saved states. There’s also 2-player multiplayer when playing the arcade mode. These bump Avenging Spirit’s replayability somewhat, but not much, honestly.

Avenging Spirit has a really good looking art style, especially for a 1991 game. It’s incredibly cartoony, with characters that are very comedic in just about every frame of their animation. Sadly, the same can’t be said for the environments you’ll be floating around in, as they’re very samey from level to level. Then again, they’re surprisingly large and have you explore every corner, fighting your way in order to find their exits.

For preservation purposes, as well as discoverability ones, this re-release of Avenging Spirit is incredibly valuable. Given that the general gaming audience probably haven’t even heard of it in the first place, credits are due to Ratalaika Games for doing the work that they’ve been doing with these. Avenging Spirit is easily my favorite among these re-releases so far, and I can’t wait to see what’s coming next out of their seemingly bottomless treasure chest of little known old hits.