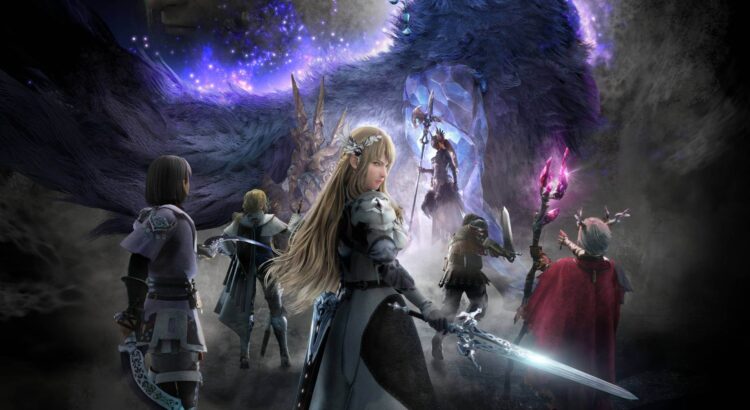 It’s common knowledge in the gaming industry that no developer sets out to make a bad game. They do whatever’s possible with what they’re given and the talent behind their effort. Sometimes, though, the whole concept behind a game is off from the start. Valkyrie Elysium is the fifth entry in the Valkyrie Profile franchise, a series that’s seen some incredible JRPGs, starting with the PlayStation 1 classic back in 2000.

But for some reason, Valkyrie Elysium is the furthest thing from a traditional RPG. Square Enix decided to turn it into a character action game, and the end result is a borderline standard affair that would be best compared to Devil May Cry – the one on PlayStation 2. That is to say, developer Soleil’s – the folks behind the surprisingly okay Samurai Jack: Battle Through Time from a few years ago – Valkyrie Elysium feels very dated in about every regard.

The game opens with a voice over from Odin, the All-Father, narrating the creation of the world and the perpetual war that followed, his battle with Fenrir and the eventual announcement of impending Ragnarok. With the last of his strength, he created the valkyrie, who would be tasked with cleansing the souls of the undead swarming Midgard in order to avert catastrophe.

As the titular valkyrie, you zip around a corridor-ridden level after another defeating enemies in some very straightforward hacking and slashing, putting elemental powers to use in order to exploit your enemies’ weaknesses. Although honestly, you wouldn’t really need to do so because Valkyrie Elysium is a very easy game even on the hardest difficulty.

Now, I’m not one to disparage games that try to be more accessible by having a lot of options when it comes to dialing up or down their level of challenge, but Valkyrie Elysium goes too far in one direction. With all that said, it’s not a horrible time, as moving around battle arenas feels smooth thanks to the inclusion of a energy whip of sorts that allows you to latch on and pull yourself up to your foes, and the combo system works as intended, along with a parry/counter that would be of great use if the game was more challenging.

It’s just that the entire affair not only is painfully easy due to the sheer power imbalance between your character and the rest, but matters are made worse by the stupidity of the monsters you fight against. Granted, a few bosses might give you a little trouble, but there’s hardly ever a chance you’ll be defeated, even without making use of the simple to a fault elemental weakness system present within the game.

Then again, there are some implementations within Valkyrie Elysium that try to make use of what made Valkyrie Profile so unique as a JRPG in the first place. The best one comes in the way the valkyrie can recruit souls of fallen warriors in order to put them under her service in combat. Upon finding one, you can call upon them and have them fight with you, as well as use them to solve the simple environmental puzzles present every so often in the game’s straightforward levels.

The other is the amount of character customization options available, where you put in a number of differently colored stones to use in order to power up the valkyrie. The issue with this system is that powers are unlocked for you to invest in before you even have the ability to harvest the necessary materials in order to use them, making the progression feel unnecessarily and artificially slow. Then again, due to the low difficulty overall in Valkyrie Elysium, boosting your character only makes it even more of a cakewalk.

One of Valkyrie Profile’s quirks as a series is how uniquely gorgeous its art direction tended to be, with a muted color palette that coupled with some amazing character and world design left many players in awe with the original game and its sequels. Sadly, the same can’t be said about Valkyrie Elysium.

The shift to polygonal models doesn’t gel as well as would have been hoped with the aforementioned aesthetic of the series. The end result is a visually drab game. Valkyrie Elysium has some graphical effects applied that try to give characters a painterly, outlined look that fails to achieve what is assumed to be the intended effect of having them pop out from the otherwise very samey environments.

Valkyrie Elysium has you playing through long stretches of corridors, stairs, gates, and town squares that can’t be told apart from one another only for it to have you go back and replay entire sections again right after. It’s hard not to question what was behind the developer’s decision to have the option to warp back to Odin’s palace only to come back straight back minutes later, or worse, lose all of your progress if you do so before the end of the level. It’s all very repetitive in the utmost sense of the word.

If this happened to be a budget game with an original take of its own, it would merely be a decent buy for on and off throwaway play, but as part of a very iconic series such as Valkyrie Profile, it’s a baffling proposition. Square Enix themselves have done a commendable job taking similarly traditional genre games such as Final Fantasy VII, essentially turning it into an action RPG with its brilliant remake. That only makes for an even bigger disappointment seeing how mediocre Valkyrie Elysium turned out in the end. It’s not a terrible game by any means, but it’s far from being what could be considered a worthwhile follow-up to the classic JRPGs that came before it.