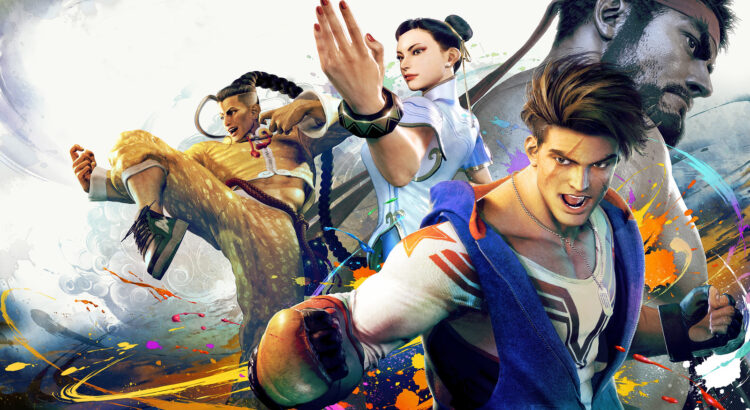 Few videogame franchises are as dear to me as Street Fighter. It’s undeniable that it’s been a part of my life ever since the release of Street Fighter II: World War on the Super Nintendo years ago. With each new entry in the series, I’m always overcome by the feeling of whether it will be “the one” which will make me want to step up my game and be more than a casual player.

With Street Fighter IV, it was the closest I’ve ever gotten to trying just that. I spent a frankly unhealthy amount of hours playing it online, and although not what anyone with a lick of professional skill would call me good, it was a fun learning experience. Sadly, V didn’t have nearly as strong as an effect on me, probably because of how botched of a launch it had, but also due to its razor-sharp focus on those who already knew how to be amazing at Street Fighter, with little to no room for players like me, in the basic to less-than good level of play.

From the shift in producers to the tone from all the pre-preview footage shown up to this point, Street Fighter 6 looks to be going for just that type of people. And the hands-on time with the demo at Brasil Game Show 2022, although limited, showed great promise. Available to play in versus mode was part of the already revealed (more like leaked) roster for the final game, with Guile, Ryu, Chun-Li, and Juri as the returning fighters, along with newcomers Jamie, Kimberly, and to an extent, Luke, who was the very last character added into Street Fighter V.

Now, in about 20 minutes of play, I was able to try out about half of them, while my sparring partner went with the rest. Footage was supposed to be recorded, showing off all of them in action, but unfortunately, due to a technical snafu it didn’t come to fruition. And having played the game mostly blind, without any reference for new moves and such, this will be a very broad description of the gameplay that was had at the show.

That is to say, it was a manic blast. I played some of the characters I was most familiar with first, then moved on to the new ones. Meaning that Ryu, Ken, and Guile were my go-to’s, and obviously, their moves came out as they should, and surprisingly so at the best of moments. Maybe it’s because of my overall rustiness of not having played fighting games regularly for a while, probably ever since the pandemic, so I might be talking nonsense, but I felt like Street Fighter 6 is a little more forgiving when it comes to the input timing, at least in the demo.

Then again, it might be my excitement talking, as I did what I could to hold my own while fighting. Out of the new brawlers, I took Kimberly out for a spin first. Her mid-range strong kick, performed by pressing forward + strong kick, quickly turned into one of her most useful tools in the round that I played as her, ensuring my win. Things didn’t go a whole lot differently when tables turned and I had to fight her. Her style, which hinges on flips and constantly crossing up is enough to keep less experienced opponents on the floor, if not simply knocked out, at least dizzy as a result.

Jamie, on the other hand, gave me some Eddie Gordo vibes with his ease of play when it comes to pulling off impressive-looking moves that covered a lot of ground. Yeah, drunken kung fu is something entirely different than capoeira, and granted, Tekken also has a fighter that follows the style, fan-favorite Lei Wulong, but in terms of friendliness to beginners, I see the connection to Gordo and not Lei. His arsenal felt powerful to boot, and speaking of boots, his are really good for covering a lot of ground quickly and more importantly, efficiently.

We’ve already had months of experience watching Luke in play. In the professional scene, he’s done incredibly well in tournaments such as CEO and EVO, and it’s by no coincidence that he’s considered to be one of Street Fighter V’s best characters. He’s sort of a transitional fighter of sorts between both games, and in that, he brought some of the flavor of 6 into the previous game, and in that, ended up feeling sort of like an outsider gameplay-wise. In Street Fighter 6 proper, he seems very much at home, with very quick and powerful moves, much like the other two new fighters, as well as the returning crew.

In terms of the adaptability of play, even without any preparation, I was able to get in there and get a good grip of what was going on in the fight. Sure, my history with these games probably helped me get in the groove, but the sparring partner I was playing with hadn’t spent much time at all playing a fighting game and also ended up performing very satisfyingly. That makes me very hopeful for Street Fighter 6 as a whole when it’s finally out next year.

There’s much, much more to Street Fighter 6 that I want to see. I’m dying to check out the open-world content set in Metro City, all the references to the franchise, the host of technicalities that are beyond me but I still love to hear people with way more knowledge than me talk about. Most importantly, though, I want to see my boy Blanka in action!

And if you were lucky enough to sign up and be picked to participate in the Street Fighter 6 closed beta, it’s already well on its way as this goes live. If you haven’t checked your inbox, be sure to do so, hopefully you didn’t sleep on it like I did. Argh!

Street Fighter 6 is slated for release sometime next year and will be available on Xbox One and Series X/S, PlayStation 4 and 5, as well as PC. You can bet your fight money we’ll be having a review of it then!