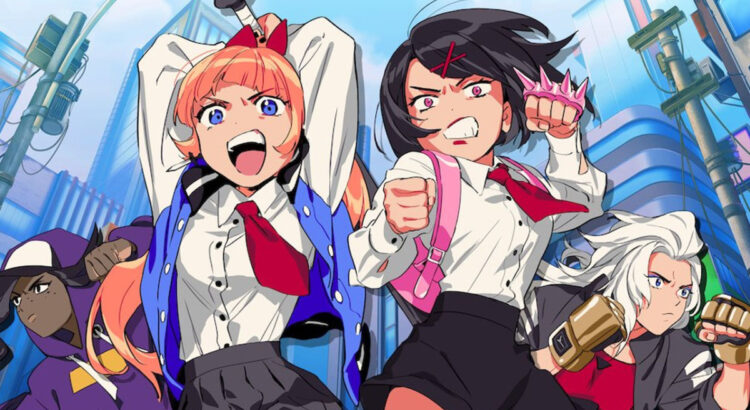 When WayForward in conjunction with Arc System Works released River City Girls back in 2019, I was floored with just how good it turned out. Not only did it play amazingly well, it also paid homage to the history of the genre, including cameos from characters from not just the River City games, but also Double Dragon and others. River City Girls 2 is bigger, and it manages to be even better than the first one by having more of what made the original so good and expanding upon it in fun ways.

After the defeat of the evil crime syndicate boss at the end of the original River City Girls, things seemed to go back to normal in River City, but it was just the beginning of a much larger adventure for Kyoko and Misako. The real threat, the head of the family that was in prison the whole time, upon knowing of his daughter’s defeat, breaks out and starts causing mayhem all around town. The girls get kicked out of school and end up wasting away at home playing videogames for two months before they decide on punching some sense into the bad guys and save the city when they go out to buy a new game that was just released.

And this time, they won’t have to do it alone. Along with their boyfriends Riki and Kunio, stars of River City Ransom, they’re joined by some new friends they’ll meet along the way. Like Marian, Billy and Jimmy’s squeeze from Double Dragon, who got fed up with waiting to be rescued and got jacked up, becoming a really powerful fighter in her own right, as well as Provie, who was already featured in a previous River City game, Underground. They each have their own unique set of skills and levels to grind for, offering plenty of reasons to switch around and find one that suits your play style.

River City Girls 2 at the outset plays exactly like the original. You get to explore River City moving from screen to screen, and its map is quite extensive, offering lots of different paths and locations to beat the crap out of bad guys in. You’ll stomp around familiar locations from the first game and get to discover new ones as well, such as the graveyard, amusement park, and the bone market, all of them packed with side missions to take part in. They’re much more varied and fun in River City Girls 2, too, and go for more than the mere fetch quests that they were back in the first game.

It’s worth it to complete them because not only do quests open up new sections of the map, but also give you lots of bonus experience and items, not to mention the bulk of the game’s numerous achievements/trophies. Knowing that you need to level up in order to unlock new skills and better stats, it’s an extra incentive to go for these while stomping through River City Girls 2‘s main story beats, which thanks to these bonus activities, definitely feels more open-ended and less linear than ever.

The best part of River City Girls 2, though, as is the case with lots of beat ’em ups, is having the chance to play it with a friend along for the ride. The game’s drop in, drop out multiplayer is as fantastic as it’s ever been, and thanks to the expanded cast of playable characters, it’s even crazier than ever. But if you’re stuck playing by yourself, don’t feel too bad as there’s also an online lobby to call upon random folks to your aid. That, as well as the original’s thug “collect-a-thon”, where you recruit enemies to your team and stamp out a collection book with a host of character types and colors, help provide a healthy dose of replayability to River City Girls 2.

As with other WayForward games, this one is also a feast for the eyes and ears. River City Girls 2 is absolutely beautiful, with crisp, blisteringly saturated pixel art that packs so much charm in every animation frame or corner of the game. It’s no overstatement to say that the artists at the studio are the most talented at squeezing incredible amounts of charm out of otherwise very simple designs, and this is by far their best work yet.

The same goes for the catchy score that once again pays tribute to the classic tunes from older games while including new tracks of its own, some of which, the best ones really, are fully voiced. The main theme, as usual, is great, serving as the intro to the story once you boot the game up and as means to pump you up for the adventure ahead, but it’s not the only track that will get you going. I won’t say much more than this as I would end up spoiling a neat surprise.

River City Girls 2 is an awesome way to close out 2022, which has been a very good year for beat ’em up games. Alongside June’s brilliant Teenage Mutant Ninja Turtles: Shredder’s Revenge, this is proof that the genre still has plenty of punch left when dedicated and passionate developers such as DotEmu and WayForward have any say in regards to the matter. If you have even an inkling of enjoying brawlers, you’ll definitely won’t want to miss River City Girls 2.

Review: The gals are finally back in River City Girls 2 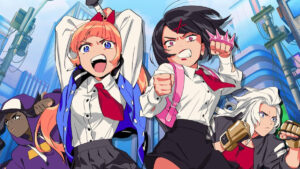 Expanding upon the already excellent original, River City Girls 2 is one of the best modern beat 'em ups yet.