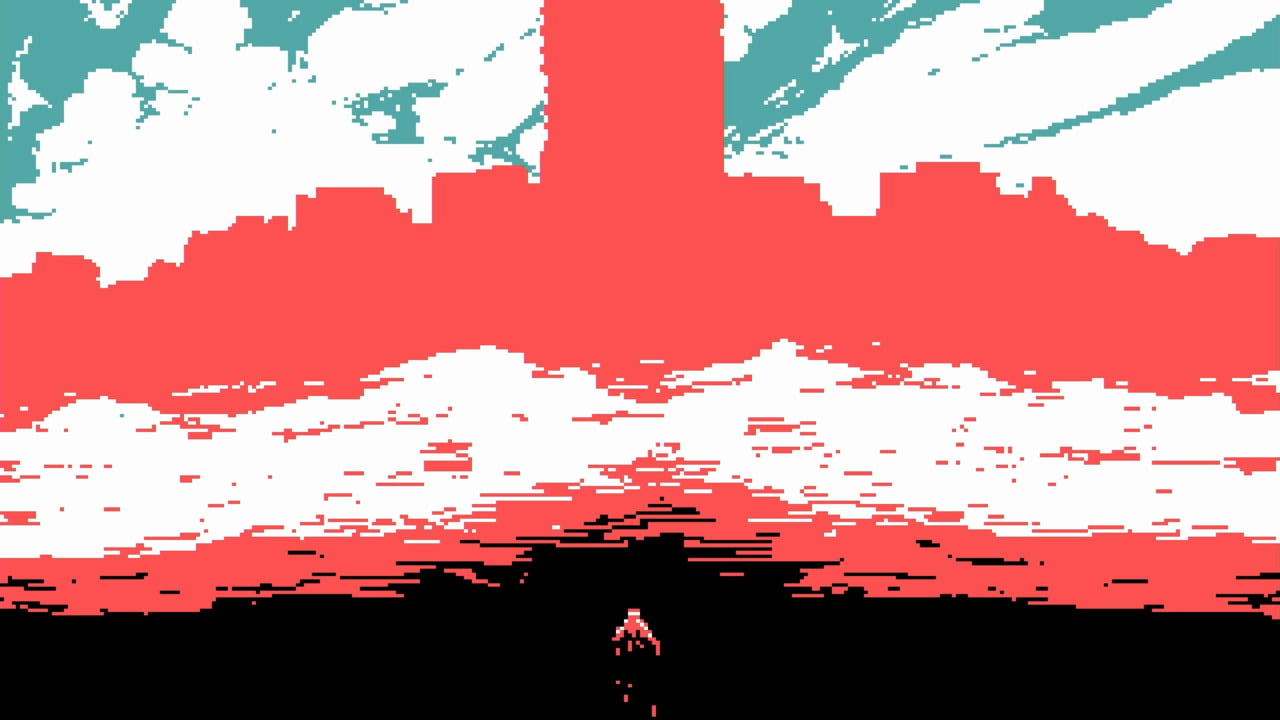 It’s funny to think how memories can play a trick on us sometimes. We could be sure something we fondly remember is completely true only for it to be a mere creation of our minds that we willed into existence. But what happens when instead of leaving these recollections in your head you instead release a game based on them? For the developers behind The Eternal Castle Remastered, that’s exactly what they went with.

The Eternal Castle Remastered is a game based on the devs’ experiences playing old platforming adventure games in the vein of Prince of Persia and Out of this World when they were kids. One in particular is fondly remembered, but with fuzzy memories, or at least that’s what they want us to believe: the “Remastered” part of The Eternal Castle Remastered is merely a ploy. It’s a modern day creation under the guise of what would be a game released in 1987, complete with CGA 2-bit graphics, rotoscoped characters, and one heck of a cryptic story to boot.

Sometime in the 2000s Earth is depleted of its resources after millennia of humanity mercilessly exploiting it, forcing the scattered remains of society to form extraplanetary colonies, which in time also run into trouble because humans never learn from their mistakes. In the wake of absolute chaos caused by space terrorists, they learn that a scavenger unit that was sent back to Earth to look for a way to save the colonies went silent. Playing the role of lone agent, it’s a suicide mission, but as the dramatic opening text in a very stylized font states, it’s your only choice.

As either a man or a woman, you crash land on what’s left of Earth, in the view of the title’s Eternal Castle, where your rescue target is apparently located. Thing is, your ship doesn’t have enough power to get you there, so you have to make do with what you can find in the three surrounding areas in order to get it back working. That gives you a bit of flexibility as to what order you want to explore them.

The big thing that The Eternal Castle Remastered has going for it is its style in presentation, which it faithfully sticks to from beginning to end, giving it a lot of ambiance. Sure, some modern elements are there for convenience’s sake, like automatic checkpointing, extra save slots as well as crisp quality music, but the core concept is intact: making the experience feel as close to an authentic late 1980s action platformer, in which it most certainly succeeds.

Movement in this game is very much dependent on momentum, including jumps, which if not timed taking that into account usually result in you falling into pits. Luckily, thanks to the abundance of save locations, running back to the spot you died in and retrying doesn’t take too long. Nailing that timing feels great, though, and if you have had any experience playing Prince of Persia and Flashback of old, your muscle memory might just carry over to The Eternal Castle Remastered like it did for me. You can even jump by pressing up instead of a face button on your controller, just like those games!

Earth is no deserted wasteland, and you’ll quickly run into other humans who aren’t at all keen with having you nosing about their turf. Combat in this game is very evocative to Prince of Persia creator Jordan Mechner’s first big hit, Karateka (one of my favorite games on the NES!), having you punch and kick your way at first until you start running into weapons. You can block incoming attacks and dish out your own at the expense of stamina, which also depletes whenever you jump and climb.

Visiting the various locations in the game is also important because you can find character upgrades hidden throughout them that boost your stats that will help you survive your eventual visit to the castle. It’s especially fun to try and discover how to reach these since they’re usually out of the way, requiring you to figure out where their hidden paths might be located. Since the graphics are so simple, it’s easy to miss out and completely overlook entrances that might be located under a ledge you jump over, for instance, or on an inconspicuous wall.

If you don’t take your time exploring, though, each of the levels can be completed relatively quickly if you know your way around the game. The Eternal Castle Remastered can be fairly short if you speed through it, but you’ll end up missing out on a lot if you do it in your first run. That’s also something that it shares with games from the time period it aims at emulating, how it can be completed in a single sitting, with the commodity of not completely losing your progress if you decide to stop along the way.

The Eternal Castle Remastered is a fascinating game that is sure to please nostalgic players looking to relive the experience of playing something that shares the visuals and overall gameplay of the games they love but with some modern conveniences. For those too young to remember playing anything that resembles or that for some reason have missed out on the games that inspired its development, The Eternal Castle Remastered is an especially cool pickup that will hopefully get them to go back and enjoy those oldies as well.