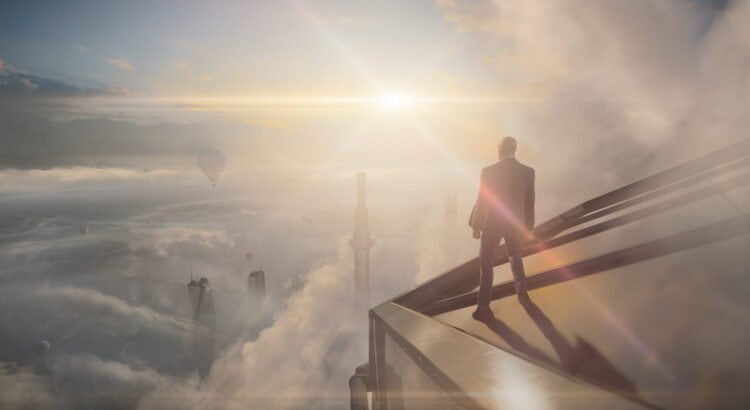 It feels like it was only yesterday that Hitman II came out. IO Interactive had just broken off from Square Enix and were shining up yet another brilliant entry in the series. On all accounts, Hitman II was superior to what came before it, which was already a fantastic group of Hitman levels to begin with. Add to that revamped versions of the first entry’s stages and it felt like a pretty damn strong package.

But IO was not done with Agent 47. In fact, when Hitman II closed, the story stopped at a surprisingly engaging spot, with our favorite silent assassin teaming up with a figure of his past in order to put a stop to the ultra secret group Providence after kidnapping one of their most prominent figures. In the past, the story never really played a part in any of the Hitman games, only to serve as a very flimsy backdrop to 47’s escapades around the world. Safe to say, we knew that baldie is really good at what he does. Sometimes way too good.

Hitman III wastes little time throwing you into the thick of it, with 47 skydiving onto the summit of the tallest building in the world in Dubai in order to carry out another hit. From there, his journey of revenge takes him to some really cool locales and some even crazier objectives, such as infiltrating and dismantling a hidden in plain sight lab, not to mention catching a really cool ride somewhere in Eastern Europe.

In terms of beautiful and exotic locations, Hitman III absolutely shines at pushing the boundary in graphic effects such as realistic lighting and even bigger crowds that we’ve seen before. It’s in its mission design where some of its biggest faults lie. Out of the current six in-game assignments — which will most likely get more added if the previous game is any indication — I could say for sure that I really enjoyed about four. For the majority of them, you’re dealt a huge map to dick around with in order to carry out your killings, but what’s surprisingly unambitious of IOI, there are a couple which are incredibly and disappointingly straightforward.

The best ones are the levels that amp up what had already been incredible before, that is, open-ended and layer upon layer of possibilities to partake in, not to mention some gameplay mechanics totally unique to Hitman, such as having you play the role of a private eye and carry out a whodunnit murder investigation a la Knives Out as one of the possible solutions to a hit. The mission in question is probably the signature piece in Hitman III, showing that IO Interactive is open to introducing new ways of exploring 47’s extensive suite of abilities that when done well can be a lot of fun to tool with.

During the previous generation, one of the least liked Hitman entries was the highly experimental Hitman Absolution, and the reason it was so looked down upon is how scripted it was. It was due to how tighter it held to trying to tell a point-to-point story, having 47 on the run and not getting a lot of time to plan. All in all, it resulted in a quicker paced experience that went against the methodical nature of Hitman as a whole, which I ended up liking despite its flaws. Hitman III, on the other hand, doesn’t go that far in trying to carry things along, but towards its last missions, it dumbs it down considerably — to the point of potentially turning the game into a corridor shooter.

What’s most exciting about having these new levels, really, is how they’ll be used for new escalation content and future elusive targets. By far the best reasons to keep the last handful of Hitman games in your hard drive, these bonus modes are hands down amazing playgrounds that just keep on giving, and the new maps are sure to provide even more fun playsets for you to get back into and mess people up. Repeated plays this time are even more worth varying your approach in thanks to the inclusion of unlockable shortcuts that remain active between runs, along with the usual array of unlockables as you accrue mastery levels, such as different starting locations, outfits, and of course, smuggled equipment.

Outside of a new gadget in the form of a phone with which 47 can scan environmental elements such as electronic locks in order to hack then and get bonus info on specific mission objectives, Hitman III plays exactly like the two entries that came before it, so if you’ve grown into a groove playing those, you’ll fit right in. I would’ve liked to have a little less hand-holding this time around when it came to the more scripted mission opportunities, but like before, you’re able to turn those off, as I will in my following runs after this review.

Then again, for almost all of the levels, there’s lots of room to improvise, and as a nut as I am for this franchise, I was happy to apply my usual tactics and see them work yet again, but even more, getting caught red-handed and still managing to somehow make it. When Hitman III is firing on all cylinders, it’s a blast and provides a sense of joy that only really these games manage to give me, really. That’s why it’s such a downer seeing such a drag of a closer to this game in that one particular mission. Outside of a really neat reveal, it couldn’t be more straightforward and it’s the worst for it.

Even more than Hitman II, Hitman III benefits from having the previous games’ content along for the ride if you own the previous two Hitman games. IOI has once again gone over older missions and upgraded them with the visual bells and whistles in order for the entire set to feel whole, and they certainly do this time around. On PC, that takes a little extra effort on your part, in order to carry over your progress and previously purchased content from the older games.

That’s because Hitman III is now an Epic Store exclusive, and it forces you to create a new IOI account and link it to Steam, only for the process to take a few hours to be approved and activated. In my case, it took over a day for things to go through and get cracking. Then there are the connectivity issues with the servers, which for an always online game can be a pain since the game pauses for a few moments every time it loses connection… Not fun!

All in all, while I would have been happier with a more complete set of open levels like in the last game, I can’t say I did not enjoy what was there in that regard in Hitman III. There’s plenty of more enjoyment to be hopefully had with all the post-game activities, as well as discovering the mastery objectives in the main story mode. It’s definitely not the best entry in the new trilogy in any stretch, but it’s a good spot for the series to take a breather and let us kids have our fun in its ever-growing sandbox. If we have a say in it, 47 will never be out of a job.