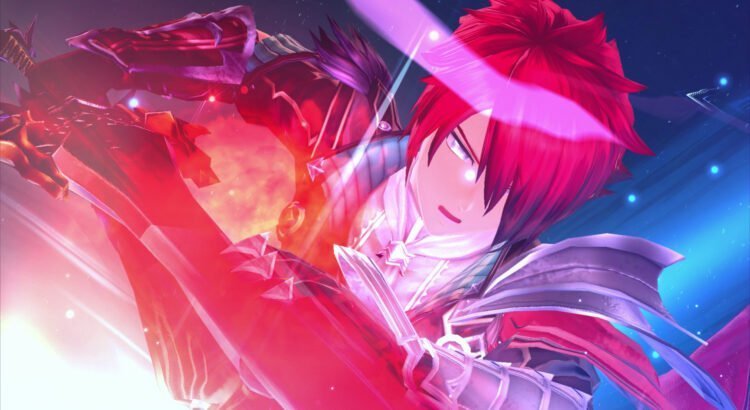 It’s funny to think how much of a niche the Ys series has carved for itself considering how long-running it is. Having had its start in the PC Engine/Turbo Graphics in the early 1990s, we’ve gotten a bunch of entries in Ys over the years on a bunch of different consoles. What started as side-scrolling “sword bumpers” eventually evolved to an isometric view and is now a fully polygonal 3D game with its own flavor of combat.

The last game in the franchise, Ys VIII: Lacrimosa of Dana, was met with a less than favorable reception upon its release in the West thanks to a less than stellar and unplanned hilarious romp of a localization which was later patched, and overall was a serviceable and easygoing role-playing game. As with the eight game in the series, Ys IX: Monstrum Nox doesn’t exactly revolutionize the JRPG formula, but it’s still a pretty darn fun game in its own right.

Like every other Ys, Monstrum Nox stars Adol, self-titled adventurer who along with his infalible pal Dogi is always getting into messes. This time, they didn’t even get to enter their newest destination before trouble found them: the controlling forces of Balduq, a city prison that the duo is planning on visiting are quick to pick Adol up for alleged crimes that led him to be a wanted criminal, throwing him in the city’s infamous dungeon in the process.

The game opens with Adol making his escape from said prison, but not before meeting the mysterious Aprilis, a scarred figure with magical prosthetic limbs who inflicts our redhead hero with a curse. He’s to become a monstrum, a being with inhuman strength and special powers who’s to be part of a group that’s feared in Balduq as troublemakers and are accused to be the cause of strife all around.

This wouldn’t be a JRPG without throwing red herrings your way, and obviously things aren’t what they seem as you’ll discover when diving in the many incursions within Grimwald Nox, an alternate dimension of sorts that’s populated by monsters called Lemures, who are invisible to everyone but the monstrums. Every time you beat one of these combat scenarios that play a lot like Ys VIII’s camp defense battles, that is, multiple waves of monsters that try to destroy your home sphere, a new section of Balduq opens up for you to explore and extend the story further.

The main crux of Ys IX is exploring the gigantic prison complex in the middle of town which used to be a labyrinthian fortress and that hides a number of secrets, including the reason behind the age old curse that’s taken ahold of Adol and his group of monstrums. Until you don’t get to the bottom of just what’s behind the perpetual struggle that involves Aprilis’ actions, you’re locked within the magical barrier surrounding Balduq.

For as limiting as that might sound in terms of a setting, Nihon Falcom has managed to keep things fresh overall, having you deal with an assortment of missions in town that eventually lead you to explore various different locations in the dungeon, not to mention get lots of cliché-riddled but still satisfying development for the cast. Make no mistake, Ys IX: Monstrum Nox is as anime as a JRPG can be and you can expect to run into every single trope imaginable, but the cast is surprisingly fleshed out all things considered.

When it comes to its RPG elements, the newest Ys plays close to vest and brings little to nothing new to the series’ trademark action gameplay. You can assign different special powers to the face buttons, requiring you to gain some magic points before pulling them off, and the more you use them, the stronger they become. As your active party grows, you can pick and choose who’ll be tagging along with Adol’s alter ego Crimson King, and you’re free to switch between them during combat, which you’ll need to do in order to exploit enemy weaknesses. It’s a really simple combat system that’s incredibly chaotic and surprisingly engaging, especially on higher difficulty settings.

There isn’t much to it for leveling up and such. You can craft and upgrade your gear and consumables like you do in your usual RPG, and finding components and materials is usually a matter of visiting dungeons and farming for a little while, or closing off the game’s many side quests and obtaining them as rewards. It’s possible to change what kind of damage your characters do in order to build exactly the party you want in case your favorite fighters happen to inflict the same type, too. Ys IX is streamlined and to the point, wasting little of your time with the unnecessary convolution that is usually a part of JRPGs that try to make up for a lack of depth with layer upon layer of fluff to click through.

If you’ve dabbled with Lacrimosa of Dana, you’ll know what to expect in terms of presentation in Monstrum Nox. This is a really colorful game and its art design is definitely influenced by anime, but the character animation, sadly, doesn’t quite live up to its inspiration when it comes to facial movement during dialog scenes. But that’s not even getting into just how last gen the game looks, and unfortunately performs. It’s pretty much on par with late PlayStation 3 RPGs like Tales of Xillia, and it’s unbelievably unstable framerate-wise even on a PlayStation 4 Pro, sometimes even locking up for a second or two as scenes change during gameplay.

Another aspect of Ys IX that it shares with anime is the quality of the English voice acting. The game’s not fully dubbed, and for the instances where lines are read, it’s basically fine, but it’s the battle cries that can be a tad annoying. They repeat way too often and happen for just about everything, be it enemies sighted or items you can pick up along the way. I usually don’t have issues with this sort of thing especially in this particular flavor of game where the action doesn’t require a lot of brain power, but it proved to be a little too much in extended sittings during the review. Then again, your mileage may vary.

I might be a little suspect when it comes to NIS America RPGs since I’m a fan of them overall, with a particular love for the Trails of franchise. And I’ve been getting up there with Ys ever since I played the last game and on and off the more old school entry, Ys: Oath of Felghana. Ys IX: Monstrum Nox might play close to the vest in just about every aspect, but that doesn’t mean it isn’t a quality JRPG. Sometimes a comfort game like this is just what’s needed, and Ys IX certainly fits the bill checking all the boxes that you can expect out of a game of its kind. It’s a very fun and straight to the point adventure that’s well worth your time even if it doesn’t break the norm in any sort of way whatsoever.