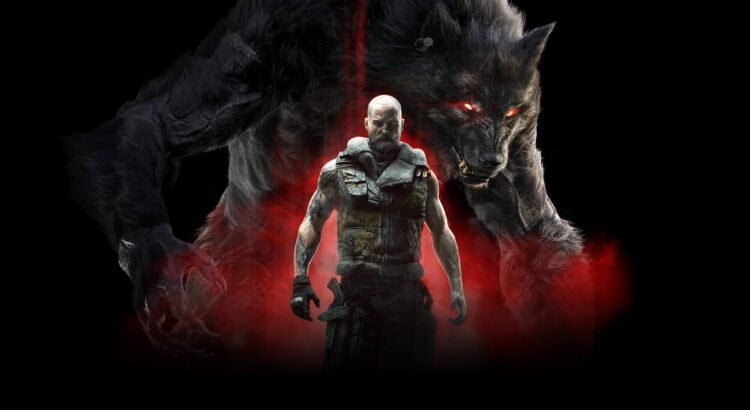 Back in 2015, tabletop RPG publisher White Wolf was acquired by Paradox Interactive, and while it has been a few years in coming the expected glut of video games based on their World of Darkness settings has arrived. Later this year as many as three Vampire: The Masquerade games will see release – notably a belated sequel to 2004’s Bloodlines – but these have all been beaten to the punch by Earthblood, the first major adaptation of the less familiar Werewolf: The Apocalypse setting.

The developers tasked with this project are Cyanide Studio, based in Paris and with previous experience of producing the Blood Bowl series, the 2018 Call of Cthulhu game, and a whole peloton of cycling sims. While exchanging their yellow jerseys for the blood-soaked fur of a werewolf, the team has chosen to hew closely to the lore of the tabletop game, but not to its mechanics. For this reason, marketing claims that Earthblood is an RPG are wide of the mark. Instead, this is a relatively linear third-person action game with an unexpectedly large stealth component and only very light role-playing elements.

While this approach may disappoint some fans of the tabletop game, Cyanide Studio have clearly steeped themselves in the Werewolf lore. Further, they have made shapeshifting between three forms – human, wolf and werewolf – the basis for a surprisingly engrossing gameplay loop.

The story opens in the lush forests of Washington state, where the player character Cahal forms part of an alliance between werewolves and human eco-warriors. In their own ways, each of these groups see themselves as protectors of the Earth-spirit Gaia. Their common enemy is Endron, maybe not the smartest guys in the room but a sinister energy conglomerate bent on destroying the environment. Like other agents of rapacious capitalism, the company is under the influence of a cosmic force known as the “Wyrm”. Once a benign instrument of decay and renewal, the Wyrm has been driven insane and desires the corruption and perversion of all things. Cahal’s effort to use his werewolf abilities to sabotage Endron while protecting his family and his allies is the driving force of the game. It is, if you like, The Howling meets The Monkey Wrench Gang.

Cahal’s vendetta plays out primarily as a series of attacks on Endron facilities, from a training camp to a fracking site. While Earthblood is far from truly open, these target areas are all linked with each other and with a forest base which is accessible between battles. Sabotaging Endron’s schemes requires players to master Cahal’s three distinct forms, stealth and all-out combat. Along the way, completing objectives and communing with the spirits of certain plants earns skill points. Together with occasional conversation trees, these upgrades are as close as Earthblood gets to being an RPG.

In his default human form, Cahal can speak with NPCs, interact with objects in the environment, and perform melee or ranged takedowns. The wolf form is for recon and stealth: small, fast and agile, it is adept at infiltration. If Cahal is detected by Endron troops, he will transform into his werewolf or “Crinos” form. This final form receives the wolf’s share of the skill upgrades, and features two distinct combat stances and a formidable frenzy transformation which combines the strengths of both.

While there is a lot to take in about the way these distinct forms work, Earthblood does a fine job of introducing the key concepts in its first hour or so. Transformations are swift and quickly become intuitive – it’s satisfying to see Cahal morph from man to wolf mid-stride, and then to switch back again just as quickly for a stealth takedown. Stealth is a far larger element of the game than was first apparent. These mechanics are relatively simple and the environments are fairly linear for the most part, but it is impressive that the majority of encounters can be done without resorting to combat if the player so chooses. The exceptions are a handful of set piece battles and mercifully dynamic boss fights.

Combat is likely to be one of the more divisive aspects of Earthblood’s design. Battles are quite “loose”, in the sense that Cahal does not lock onto enemies by striking them. Arguably, this slightly more chaotic approach makes sense – a werewolf is not a smooth operator like Batman, but a creature of primal rage with a serious attitude problem. Happily, the distinctly different battle stances and the wealth of possible skills make the combat segments the part of the game in which players can most easily explore their own style of play. The bloody combat is satisfying enough that players are unlikely to want to reload when their efforts at stealth go awry – a testament to Cyanide Studio’s achievement here.

To be sure, Earthblood has weaknesses. It uses Unreal Engine 4 well, and its environments and models are carefully crafted, but the game is far from what could be called graphically cutting-edge. Similarly, its story and characters are more functional than inspirational. Players who hoped for the ability to create their own character will be disappointed by Cahal, who while endowed with an impressive beard is otherwise mostly a blank slate. After a while, Endron facilities can seem overly similar, and a switch to refreshing daylight locales in the Nevada desert arguably comes a bit too late.

It may be more modest in its aspirations than the sprawling open-ended RPG some may have expected, but like a wolfpack on the hunt Earthblood is very efficient at what it does. Its story, characters and scope may leave something to be desired but its use of the lore is intriguing and its stealth and combat components are equally compelling. A pleasant surprise, Earthblood hopefully bodes well for future World of Darkness games.